The NSW government has already ruled out five recommendations from the Ice inquiry, including pill testing and more medically-supervised injecting centres. 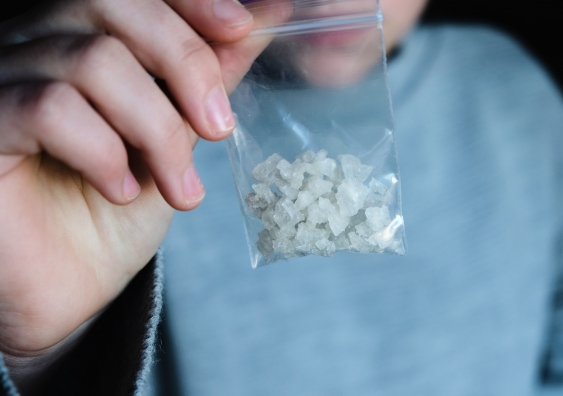 A hand holds a packet with white narcotic. Photo: Shutterstock

The NSW Government has missed an opportunity to reform the state’s response to drugs based on evidence, says the Director of the Drug Policy Modelling Program (DPMP) at UNSW Sydney’s Social Policy Research Centre.

Professor Alison Ritter AO submitted evidence to the Special Commission of Inquiry into the drug ‘Ice’ in relation to treatment services, harm reduction and drug laws.

The Inquiry’s findings and 109 recommendations were released yesterday.

Professor Ritter says it is disappointing that the government’s interim response to the Inquiry has already ruled out five recommendations.

“This has been a thorough, comprehensive review incorporating a range of expertise including from people with lived experience, clinicians, communities and academics,” Professor Ritter says.

“The 109 recommendations that the Commissioner has provided to the NSW Government provide the basis for NSW to be at the forefront of responding to drugs and reducing drug-related harm in NSW. It is very disappointing that the Government has already ruled out five of those recommendations.”

The Inquiry was established in November 2018 to investigate the nature, prevalence and impact of crystal methamphetamine (ice) and other illicit amphetamine type stimulants, including MDMA (ecstasy) in NSW.

The Inquiry heard submissions in public and private hearings in Sydney, Broken Hill, Dubbo, Lismore, Nowra and the Hunter Region.

These include additional medically-supervised injecting centres, stopping the use of drug detection dogs, placing needle and syringe programs in correctional centres and limiting police strip search powers so as not to focus on mere drug possession.

Professor Ritter says she hopes the remaining 104 recommendations will form the basis for drug policy in NSW.

The UNSW report evidences that few charges are laid after a strip search, and the vast majority of charges for strip searches are for drug possession, not drug supply.

“While saying it supports amendments to clarify its strip search powers as required, the NSW Police Force seems committed to continuing with its current practices,” Dr Grewcock says.

“This includes humiliating and abusive practices such as forcing a naked person to squat and cough, conducting strip searches without reasonable suspicion that a person has, or is about to supply a prohibited drug, and not applying a meaningful test for what is serious and urgent.”

Dr Sentas says as the Law Enforcement Conduct Commission Inquiry revealed earlier this month, the NSW Police operating guidelines are an insufficient check on the excessive use of police power.

“The vast majority of strip searches yield either nothing or small quantities of drugs for personal use,” Dr Sentas says.

“The law needs to be amended to restrict strip searching to situations where there is a genuine, rather than a speculative risk to personal safety.”

Dr Sentas says it was disappointing that “the government has chosen short-term politics rather than the long-term benefits of a harm reduction approach to drug use and the criminal justice system”.

He says the NSW Government's decision to not consider the Inquiry's recommendation for expanding medically-supervised injecting sites in Sydney is a major blow to the prospects of meaningfully addressing the harms experienced by people who inject drugs in NSW.

“Safe injecting rooms are well evidenced and they save lives,” Dr Dertadian says. “People who inject methamphetamine in the outer suburbs of Sydney will continue to have limited access to a safe place to inject and less access to trained staff who could refer them to treatment services. Given that more safe injecting sites has the potential to address growing concern about methamphetamine as well as the emerging opioid crisis, this is clearly a missed opportunity.”

Senior Criminology lecturer Dr Phillip Wadds says the NSW Premier and the government were once again taking a hard-line stance on drug-detection dogs and substance checking, in spite of evidence and calls for change from multiple inquiries.

“It has become very evident that this government will only listen to experts and evidence when findings align with its own interests and agendas,” Dr Wadds says. “There is a real lack of consideration as to the impact that their stance will have in relation to community trust, particularly among young and marginalised people who are consistently targeted in many of the more aggressive aspects of this Government’s approach.”

Dr Wadds says that the increasing use of strip-search powers and heavy use of drug-detection dogs at music festivals was a perfect example of this approach.

“We know the direct harms that can come from those strategies, we have heard about them in many of the inquiries held last year,” Dr Wadds says. “The outcomes can be tragic. But we don’t often think about the other issues related to the policing of these spaces – like that patrons are often scared to approach the police for help because of a fear they will be questioned or punished if they are intoxicated by alcohol or other drugs.”

This was particularly the case in UNSW research into sexual violence at music festivals, which found that policing approaches deployed at festival events were a direct barrier to reporting, Dr Wadds said.