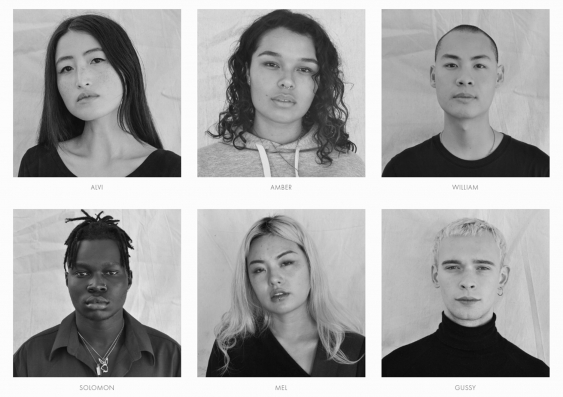 'We’re trying to get people of colour and gender diversity and different sizes': Some of the models involved in the launch of Stone Street.

Chris Loutfy has hardly stopped since graduating from UNSW Sydney six years ago.

Even before completing his Bachelor of Design, he secured a plum graphic design job at the giant ACP Magazines (now Bauer Media). Upon leaving there, degree in hand, he began a similar role for telco infrastructure company AAPT.

He teamed up with friend Marty Routledge to create The Tate, a small art gallery above the Toxteth Hotel in Sydney’s Glebe. The gallery attracted artists with names like Numskull, Beastman, Askew and Sofles.

“The owner of the pub let us use the space, which would normally be hotel rooms, and we turned it into a gallery,” Loutfy says.

“It was mutually beneficial – it brought people to the venue on an off-day like a Wednesday.” 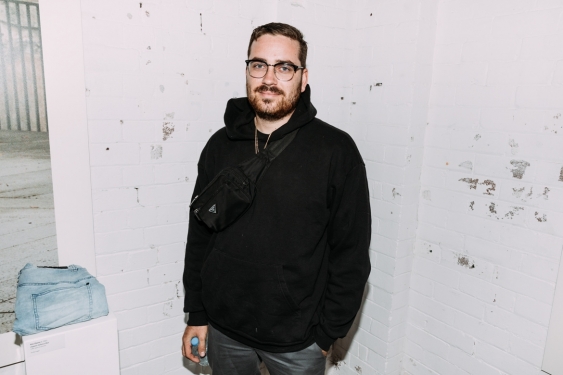 'I was also sick of seeing the homogenised industry, especially in Sydney. If you look at some of these ad campaigns, it’s like looking at a sea of the same person': Chris Loutfy. Photo: Life Without Andy

On the back of his experience at The Tate, Loutfy started his own venue, Goodspace, above a bar in Chippendale. As with his previous gallery enterprise, artists could exhibit in the space without having to pay rent or commission.

Loutfy also set up Ha-ven, an “artists agency” offering services such as commissioned artworks, indoor and outdoor murals and social media marketing, all with a street bent.

“A lot of the artists we represent are quite big now, but they’re definitely from a more low-brow-ish background than from fine art,” Loutfy says.

“They’re more like street artists or illustrators. It’s more of a DIY thing than a big-gallery-artist-type vibe.”

As if these projects weren’t enough, Loutfy is busy with his own art and commercial photography, some of which is for big-name sport and streetwear clients.

But it’s his latest venture that has everybody talking.

“Street casting is where you find models who wouldn’t typically be used as models – so regular people, basically,” Loutfy says.

Although a relatively new pursuit, street casting has already moved on from the process of discovering talent, literally, from the street.

'Street casting is where you find models who wouldn’t typically be used as models – so regular people, basically.'

To find his models, Loutfy draws from his own, impossibly wide social circle, recommendations from friends and, most especially, social media including Instagram.

“We’re trying to get people of colour and gender diversity and different sizes,” he says.

“There’s a trend worldwide of moving away from models being predominantly white and a standard size. Some of our models, for example, are quite short.

“We’re a multicultural society, so it’s really important to get that representation, and that visibility, of people of colour and people who are different from that standard.”

In just the first three weeks of Stone Street, Loutfy and Wu signed eight models – many from lower socioeconomic and marginalised backgrounds – and are about to bring several more onboard.

Some of the eight have completed photo shoots for an online fashion campaign for sports brand, New Balance. Loutfy is also hoping to pitch for a project for the iconic Bonds.

The idea of the agency was born from Loutfy’s photographic work, his connections with diverse networks and his personal advocacy of fair representation in media.

“I was sick of seeing kids get ripped off,” he says.

“A lot of brands will offer these kids $500 for a campaign, which to the kid is a lot of money, whereas if they book a model through an agency they’d have to pay $4,000.

“So the brand gets the kudos for being diverse and interesting, and for casting these kids, but they’re also paying a tenth of the price.

“I was also sick of seeing the homogenised industry, especially in Sydney. If you look at some of these ad campaigns, it’s like looking at a sea of the same person.”

“Part of this is trying to get fair representation,” he says.

“If you’re a kid seeing someone who looks the same as you in a campaign for New Balance, or on a billboard, that’s huge.”