Two Australian historians, including UNSW’s Scientia Professor John Gascoigne, will travel to Harvard next year to take up the prestigious Gough Whitlam and Malcolm Fraser Chair of Australian Studies. 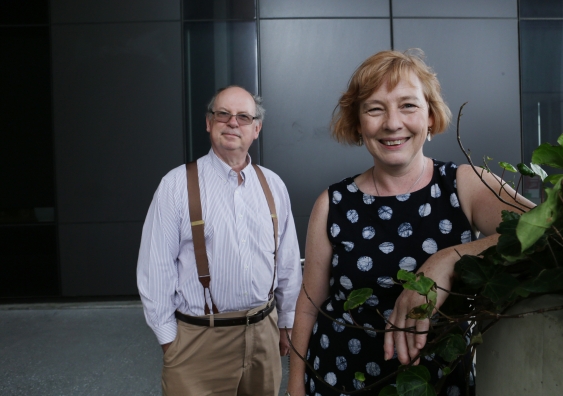 UNSW’s Scientia Professor John Gascoigne, who is recognised for his work on the history of exploration, science and religion, is about to get a new audience at Harvard.

Professor Gascoigne has been awarded the esteemed Gough Whitlam and Malcolm Fraser Chair of Australian Studies, alongside fellow historian Penny Russell from Sydney University. The year-long position will commence in 2016.

Professor Gascoigne will be appointed to the history of science department, where he will teach a course on Australia and the Pacific and another on science, the state and society in the US and Australia.

He will work on three research projects while at Harvard: an ongoing ARC-funded on Australia as a secular state; another on early interactions of New England whalers with Pacific Islanders, and a book on the relationship between science and the state.

“This will provide a very appropriate academic environment in which to pursue my interests in the links between science and exploration and science and the state,” says Professor Gascoigne from the School of Humanities in the Faculty of Arts and Social Sciences.

“I would also hope to expose Harvard students to the wide vista of Pacific history and Australia’s role therein along with points of similarity and difference in the experience of two settler societies, the United States and Australia, in the promotion and institutionalisation of scientific enquiry.”

Professor Penny Russell will pursue research in the codes of honour that operated in different colonial settings.

The Chair was established in 1978 as a gift from the Australian government to celebrate the US bicentenary and further American understanding of Australia.

A report by each academic will be presented to the Prime Minister.

Issues that swung elections: The 'credit squeeze' that nearly swept Menzies from power in 1961