UNSW Arts and Social Sciences has become a key partner of the Sydney Film Festival to showcase the best of international and local cinema. 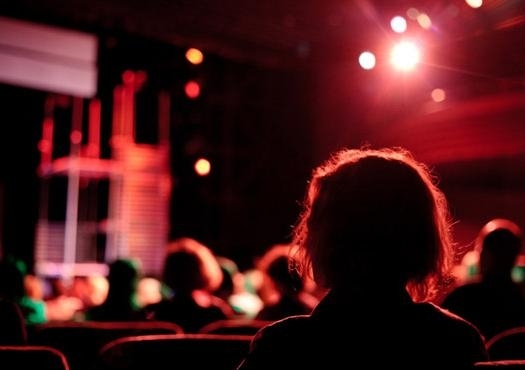 For the first time, UNSW Arts and Social Sciences has become a key partner of the Sydney Film Festival (SFF).

The Festival, which runs 3–14 June, has been showcasing the best of international and local feature films, short films and documentaries for the past 60 years.

The Faculty of Arts and Social Sciences is sponsoring the features program and will bring together UNSW film and media students and alumni during the festival. The details of that event and the full program of 320 films will be announced on 6 May.

The formal partnership cements a long-standing relationship between UNSW and the festival.

“Over the past few years, we’ve had a festival programmer come on campus, often accompanied by a local filmmaker to talk with our students and the wider university community,” says Michelle Langford, Senior Lecturer in Film Studies in the School of Arts and Media.

“As well as talking about their film and the festival, our guests talk about their personal journey in film making and festival programming, which gives students insights about potential careers,” Dr Langford says.

Students will now have the chance take part in the SFF internship program in areas such as marketing and social media. In addition, some student films will be showcased on the SFF YouTube channel after the festival.

SFF CEO Leigh Small welcomed the collaboration, saying it heralds a new era for the festival, which began as one of the only ways for Sydneysiders to access foreign and independent films.

The evolving nature of the program ensures it remains relevant, she says.

“There is a marked difference between watching a film by yourself and watching it in a large space. It’s about the shared experience,” Ms Small says. “Unless you’re going to see a blockbuster, the only way to see independent films is on smaller screens – or at the festival. We think it’s important to have both.”

The partnership consolidates the Faculty’s links with premier cultural institutions the Sydney Writers’ Festival and the Walkley Foundation, the peak professional body representing Australian journalists. Read more about the partnerships on the Arts and Social Sciences website.

“The Sydney Film Festival partnership presents a fantastic opportunity to showcase the world-class calibre of our creative and performing arts scholars, students and alumni,” says Arts and Social Sciences Dean, Professor James Donald. “We also think it’s important to support the cultural and artistic life of the city.”