Former senator and UNSW Adjunct Professor Bob Carr is writing a tell-all book comprised of the diaries he kept while serving as foreign minister. 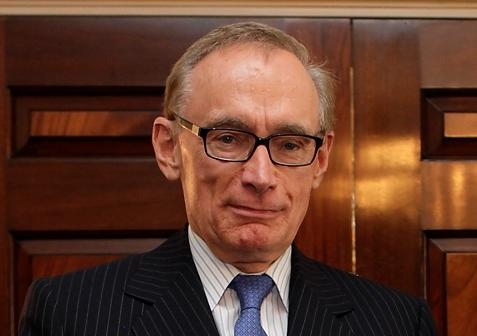 Diaries have an immediacy, a messiness and a point of view that makes them valuable - Adjunct Professor Bob Carr

Former senator and UNSW Adjunct Professor Bob Carr is writing a tell-all book comprised of the diaries he kept while serving as foreign minister.

Diary of a Foreign Minister to be published by Newsouth Publishing, part of UNSW Press, provides an account of the inner workings of the Gillard and Rudd governments over the past 18 months. Mr Carr was Foreign Minister and a senior cabinet minister in Julia Gillard’s government from April last year.

Mr Carr told The Australian he had always kept diaries, it was just a matter of whether they would be published or not.

"Diaries have an immediacy, a messiness and a point of view that makes them valuable. But it is not sensationalist," he said.

The book includes an account of Australia's bid for a UN Security Council seat, the controversy over Palestine's bid to upgrade its UN status, the Asian Century white paper, Mr Carr's focus on ASEAN, his attendance at the G20 meeting and discussions with US, Chinese and Indonesian officials.

“This riveting book gives the best picture ever published of a politician on the world stage and Australia's changing place in the world and in our region,” she said.

Diary of a Foreign Minister takes place amidst a backdrop of Labor party fighting and poor polls.

“It is a literary work in its own right - Bob Carr’s diary doesn’t shirk from covering it all,” McGuinness said.

UNSW Press chief executive Kathy Bail said they were very pleased to be publishing the diaries.

“The book aligns well with Mr Carr’s recent appointment as Adjunct Professor in the Faculty of Arts and Social Sciences,” she said.

A UNSW alumnus, Mr Carr will hold a joint appointment in the School of Humanities and Languages and the School of Social Sciences where he will work in dialogue with UNSW's researchers on Asia, China and in International Relations.

Diary of a Foreign Minister will be published in May next year.