Affordable rental options for low-income households in Sydney need to be drastically improved according to City Futures Research Centre. 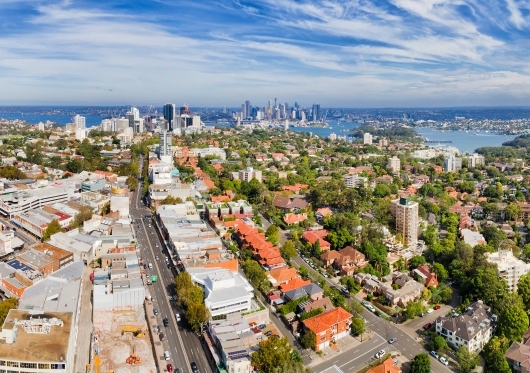 “The results strongly suggest that the ARHSEPP is not fit for purpose and needs to be replaced by new provisions that provide affordable rental options for low-income households,” the Director of City Futures Research Centre, Professor Bill Randolph, said.

The report was commissioned by the Southern Sydney Regional Organisation of Councils (SSROC) and focused on the dwellings delivered under the policy in southern and central Sydney.

The ARHSEPP was designed to facilitate the private development of more diverse and affordable rental housing options in the private market, but there has been very little monitoring to understand if the policy has been successful.

“While the ARHSEPP has delivered large numbers of dwellings across central and southern Sydney, it appears that many of the provisions are being used to circumvent other development controls, such as apartment design standards and dwelling mix, rather than deliver genuinely affordable rental housing,” lead report author Dr Laurence Troy said.

The report also found that growth of secondary dwellings, or granny flats, in the SSROC region in 2015/16 was six times higher than 2008, the year before the policy began.

Yet rents were marginally higher than comparable dwellings in each area.

“It is also not clear that these new secondary dwellings and boarding rooms are being counted as part of the growing stock of housing,” Dr Troy said.

“So we are adding considerable pressure to parts of Sydney without properly planning for wider infrastructure and community services.”

SSROC President Cr John Faker said the report was important in understanding the real impacts of ARHSEPP in the SSROC region where there was a great need for affordable housing.

“Finally, we have a clearer snapshot that this policy is not providing the affordable housing that Sydney so much needs,” Cr Faker said.

The report found that since 2009 more than 9000 new boarding rooms were approved in SSROC and nearly 6000 of these were in the City of Sydney.

Half of the new boarding rooms were concentrated around universities and targeted student accommodation, but were only marginally cheaper than one-bed units near the universities.

But outside this area, the boarding rooms were 20-40% cheaper compared to one-bedroom units.

The report found that the Affordable Rental Housing policy needed to be integrated within a broader affordable housing strategy, and more explicitly linked to supporting the delivery of local affordable housing targets required as part of the Greater Sydney Region Plan.

“This report is vital to our 11 SSROC councils as they continue to plan for the future and try to meet the ongoing demands of providing genuinely affordable housing.”

The report can be read here: https://cityfutures.be.unsw.edu.au/research/projects/affordable-housing-sepp-and-southern-sydney/