Inequality is at the heart of much of the world's political and social upheaval, according to the leads of UNSW's latest Grand Challenge. 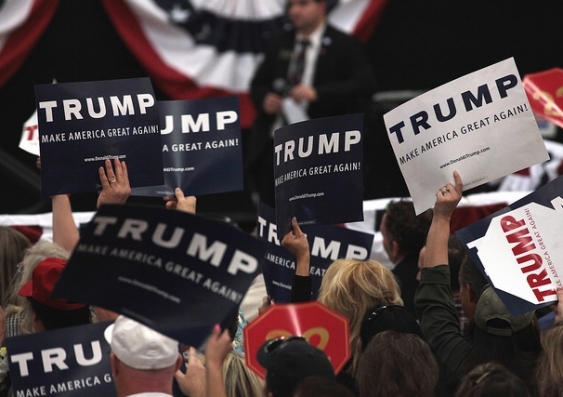 Rising inequality has been identified as a big contributor to the election of Donald Trump. Photo: Flickr/Gage Skidmore

As UNSW Law Professor Rosalind Dixon sees it, inequality is the challenge of our time.

Rising inequality was a big contributor to the Brexit vote and the rise of Donald Trump, Dixon says, and she is bracing for more political and social upheaval this year.

“Some of the most important achievements of the post-World War II era – multi-lateral institutions, free trade, quasi open borders – are all under threat because people feel that their fundamental economic needs aren’t being addressed,” Dixon says.

“If we’re going to preserve a world of mutual ties and connections, we have to think harder in democratic societies about addressing people’s legitimate sense of feeling left behind and being excluded.”

Dixon and Economics Professor and PLuS Alliance Fellow Richard Holden have been appointed to lead UNSW’s latest Grand Challenge, Inequality. It joins the previously announced Grand Challenges on Climate Change (led by Scientia Professor Matthew England) and Refugees and Migration (led by Scientia Professor Jane McAdam), and continues UNSW’s mission to put itself at the forefront of debate and policy response to the biggest issues of our time.

Grand Challenges Academic Lead Scientia Professor Rob Brooks says: “Few phenomena have more fundamental or far-reaching consequences for humanity than inequality. UNSW has a deep pool of research talent working on inequality and its consequences, and I cannot wait to see what eventuates when we bring them together through the Grand Challenge.”

Dixon says the Inequality Grand Challenge will focus on conversations about poverty and economic disadvantage and inequality, and connecting to broader trends in democratic politics.

The first events will be during O-Week, including a hackathon and a giant book club on Thomas Piketty’s Capital in the Twenty-First Century, the best-selling economics text focusing on wealth and income inequality. A panel including Peter Van Onselen from Sky News and Dr Andrew Leigh, the Labor Member for Fenner, will discuss whether Piketty “got it right”. This event will be followed by a forum where Dixon and Holden will outline some of their ideas. 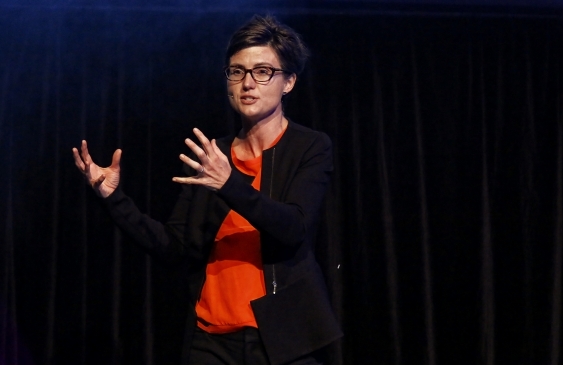 There are also plans to hold two conferences this year, one on cities and inequality – “looking at the design of and access to urban and public spaces, schooling, housing affordability and social uses” – and another on economic inequality.

“The idea is to have a broad focus on inequality that thinks about ageing, children, gender and sexuality, disability, race and immigration,” Dixon says.

Holden adds: “As an economist, when I hear the word ‘inequality’ I instinctively think of income inequality. But it is much broader than that, and people all across UNSW work on different and important aspects of the broad concept.”

They are undaunted by the huge scope of their topic. “The Grand Challenge program is meant to be a platform for all the existing excellent research that’s being done within the University so it’s about connecting people across faculties and giving a more public platform for existing ideas that are already being generated and showcasing to public policy makers and other broader community stakeholders just how much there is going on,” Dixon says.

Law, Business, Education, Built Environment and the Social Policy Research Centre in the Faculty of Arts & Social Sciences are already working on these issues, “and it’s about providing a platform for that work”.

Conduits for ideas will include conferences and regular meet-ups and what Dixon and Holden are calling a half-baked ideas forum, akin to a similar group the pair was part of at Harvard University.

“It will encourage academics to turn existing research ideas into policy-relevant proposals for action,” Dixon says. “If you are a disability rights researcher, for example, tell us what you think the NSW government or the Commonwealth should do and try to get the idea in a format where it could go to the right people.

“We do this now on a large scale with the linkage grants scheme but this is about incubating ideas at an earlier and smaller stage.” 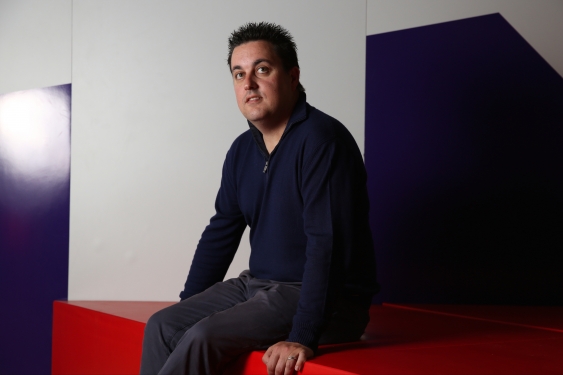 Dixon and Holden have a few ideas of their own, including on tax policy and social emergency lending. But any ideas will need to have a reasonable chance of implementation. “What that means is being realistic about the need for at least one major party to support the ideas, if not both,” Dixon says. “And ideas will need to be relatively budget neutral, given our credit rating situation – no idea that’s really expensive has any chance of implementation in Australia in the next three years.”

Holden says one key to having a long-term vision is treating investments as investments, not as recurrent expenditure. “The Commonwealth government accounts do a terrible job of that – and those accounting and reporting procedures should be reformed to separate out investment and expenditure items,” he says.

Dixon says that success will also hinge on having a multi-faceted approach. “You can’t understand any of these issues without thinking through them in a multi-faceted way. The idea is to try to support and encourage people to bite off a particular idea or issue and be sensitive to intersectionality but also be sensitive to a pragmatic sense of what’s doable,” she says.

In my view, the place of a university is to be a source of information and expertise and evidence but also to be provocative.

To that end, she hopes they will be able to engage members of the policy community and elected officials as a kind of reality check.

“It’s an interesting balance because in my view, the place of a university is to be a source of information and expertise and evidence but also to be provocative. So not every idea we have will be doable in the short term and sometimes we’ll have ideas we think are deeply right that neither party will accept, and that’s still worth discussing and putting out there.”

Even having the discussion will, in some ways, be a result: “Sometimes you can shift the politics simply by putting the issue on the agenda. If none of the ideas that we came up with were implemented but we helped shine a sharper light on the issue so that there were more actions taken in the public space, that would be a success for the Grand Challenge,” she says.

“As I’ve said, inequality is the challenge of our time so if none of our solutions are accepted but we play a small role in contributing to more debate about it, that’s success in itself.”