From growing up in a Malaysian village with no electricity to becoming one of Australia’s wealthiest people, Maha Sinnathamby learned the art of survival while studying at UNSW. 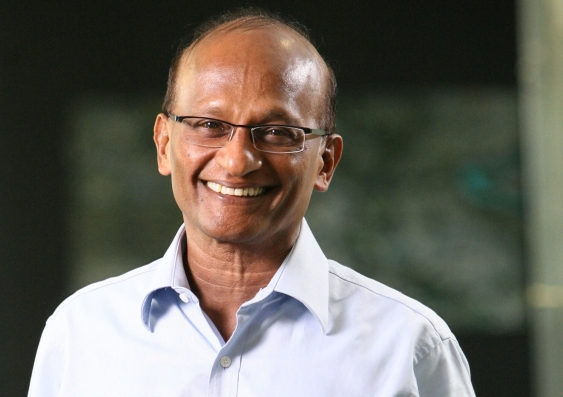 In 1992, civil engineer Maha Sinnathamby bought 2860 hectares of bushland between Brisbane and Ipswich. On the market for close to a year, it was a vast tract of land riddled with planning problems that nobody seemed to want.

But Sinnathamby had a vision for creating something special. A little over 25 years on, he has transformed that land into Australia’s largest fully master-planned city. Today, the city known as Greater Springfield is home to almost 36,000 residents and is projected to have a population nearing 138,000 by 2030.

The award-winning region has become a model of sustainability and a major contributor to the Queensland economy, boasting a hospital, 10 schools, and extensive transport infrastructure. It is a glimpse into Australia’s urban future but a world away from the small Malaysian village where Sinnathamby grew up in the 1940s and 1950s.

“There was no electricity,” he recalls. “I had to study under a kerosene lamp. The school was 18 kilometres away, and we went by bus every day, an hour in each direction.”

His parents instilled in him a relentless work ethic, and at 17 his father made a bold declaration: Maha would travel to Australia to become a civil engineer.

After completing his matriculation in Sydney, a city “moving at a million miles an hour”, Sinnathamby enrolled in an engineering program at UNSW but his early days were a struggle: “In those days you had eight subjects and if you failed one you failed the whole lot. I failed my first and second year.”

Dispirited, he wrote to his father to tell him the news. The letter he received in return moved him to tears and ultimately changed his life: “He said, ‘Son, just keep going. The darkest night brings the brightest dawn’.”

His father’s message struck a nerve. “We will all have dark nights, whether it is health, financial, professional or personal failures,” says Sinnathamby, 78. “But when you have a failure you just keep going. You have to face tomorrow.”

Sinnathamby began driving a taxi at night and on weekends to help cover his expenses, and in the classroom he adopted a newfound drive to succeed, convincing himself he was the “world’s best engineer”.

Both were vital: after 10 years working as a civil engineer, by 1982 Sinnathamby had amassed a fortune of about $7 million. Three years later this fortune was not only gone, he was in considerable debt: “I was a negative millionaire,” he recalls. “I had no money and had to hold a creditors’ meeting. We went away able to readjust and start again.”

That fighting spirit has paid off and today Sinnathamby is one of Australia’s wealthiest people, with Forbes Magazine ranking him number 43 on its Australian Rich List.

Sharing his good fortune is important to him and his many donations include $5 million to UNSW Sydney, shared evenly between Equity Scholarships, which help Indigenous students access higher education, and the University’s Founder 10x Accelerator program, which supports high-potential student-led startups.

He was the keynote speaker at the MCA in February when the first 10 groups pitched their ideas to investors in an event to launch the Founders Program, the flagship initiative of the UNSW Entrepreneurship team.