UNSW’s Arts & Social Sciences Dean, Susan Dodds, gave a Festival of Dangerous Ideas audience food for thought on how to better support the most vulnerable people in our society. 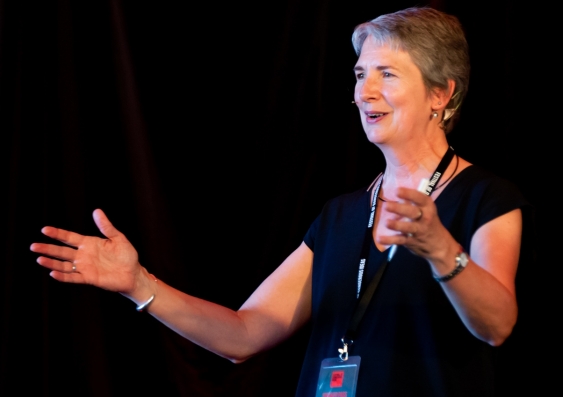 Vulnerability should be viewed as an inescapable part of being human that can drive ethical responses, according to a Festival of Dangerous Ideas address by Professor Susan Dodds.

The Ethics of Vulnerability workshop explored how to better understand vulnerability and its effects on people, especially in areas such as health care, disability, refugee policy, mass migration, climate change and the institutional abuse of children.

“As a community we often respond to particular ethical issues – such as how Australians should treat asylum seekers – on the assumption of a fixed ‘moral landscape’ with just a few alternatives being within our control,” the Professor of Philosophy said.

“Focusing on the sources of vulnerability and resilience allows us to better see the layers of complexity within that moral landscape.”

Professor Dodds said a focus on the sources of vulnerability, whether they be inherent, situational or pathogenic, would allow people to better see the complexities within our community.

The Festival of Dangerous Ideas was the perfect forum to ignite educated debate, where resilience was a reoccurring theme, she said.

“I think we need to look at the development of resilience as lifelong and social, not as something the individual develops as a bit of armour against the world,” Professor Dodds said.

Asked if she had ever been vulnerable, Professor Dodds shared a personal experience.

“A big moment for me in terms of being vulnerable was the day I got on a plane to come to Australia as a young postgraduate,” she said.

“I thought I was coming for a year of study and not really being sure what was next, I knew I was going to have to invent everything about my new life for myself.”

Professor Dodds identified marginalised groups as being more susceptible to harmful vulnerabilities and said the sources of their vulnerability needed to be understood.

“How do we balance the idea that we should protect those who are particularly vulnerable, with the view that we are all inherently vulnerable as human beings,” she said.

“We should focus on the sources of vulnerability and this shifts the way we see the moral response.

“The idea that we should protect particularly vulnerable people requires us to critically assess and consider the social institutions that support all of us, to varying degree.

“We want to ensure no one falls through the cracks in our social system.”