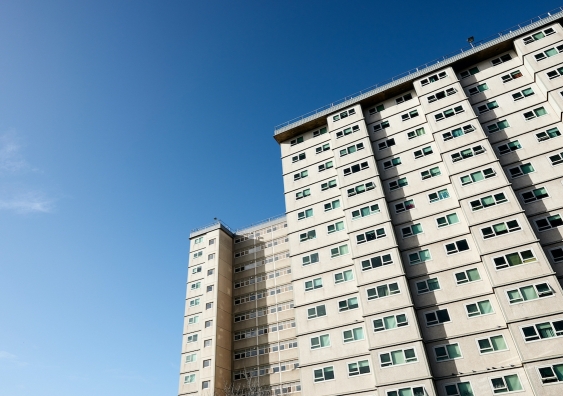 The social housing system is under pressure from a sharp rise in ‘greatest need’ applicants. Photo: Shutterstock.

Low-income earners can face a wait of more than 10 years for a tenancy, as social rental queuing times explode due to growing public and community housing scarcity, nationwide.

The study, the first independent in-depth review of social housing demand management undertaken in Australia, found just under 30,000 applicants were granted a social housing tenancy during 2020-21, Australia-wide. This is a 42 per cent decrease compared with the 52,000 new tenancies granted in 1991 and a 61 per cent reduction proportionate to national population.

Part of an ARC Linkage research project, the report also reveals a social housing system facing mounting pressure from a sharp increase in high-priority or ‘greatest need’ applicants. Official statistics cited in the study show a 48 per cent rise in new ‘greatest need’ waiting list applications in the three years to 2020-21. Overall waiting list registration numbers rose by 16 per cent to 164,000 households over the period.

“Australia’s social housing capacity has been declining for decades. Meanwhile, the scale of need has continued to grow. So it has become an unenviable challenge for states to ration this increasingly scarce and cash-starved resource,” says UNSW Professor Hal Pawson, report lead author. “Nowadays, in many parts of the country, only those with the most complex and severe needs stand a chance of being housed.”

But the research also reveals signs of intensifying stress within the social housing system when it comes to allocating limited housing supply for non-priority applicants in particular.

For those needing a three-bedroom property, the NSW Government indicates that non-priority applicants should expect wait times exceeding 10 years in most areas of Sydney, Prof. Pawson says.

“When you factor in the usually very narrow definition of ‘high priority’ and the increasing share of lets to this group, wait times for income-eligible but non-priority applicants will only grow,” Prof. Pawson says.

The research also uncovers high levels of waiting list turnover, with large numbers of applications cancelled or otherwise withdrawn annually. For example, while 2020-21 NSW end-of-year applications totalled some 50,000, during the preceding 12 months over 6000 registrations were terminated, in addition to the 12,000 that ended in a social housing tenancy allocation.

“There are several probable reasons for high churn rates. There will be cases where an applicant’s situation improves and they’re able to resolve their housing problems in the private market. Perhaps more common will be cases where a person’s application is deleted when they cease to meet the eligibility criteria, or fail to receive their periodic reminder to renew,” Prof. Pawson says. “In any case, many applicants are leaving the system without receiving a social housing tenancy.”

But waiting list woes could worsen yet. Even before the COVID-19 pandemic, two-thirds of Australia’s low-income private tenant population (approximately one million households) were estimated as being in rental stress. Sharply rising rents recorded over the past year in many parts of the country are likely to push more people to seek social housing, according to Prof. Pawson.

“While most of the housing affordability discussion remains focused on the challenges faced by first home buyers, the cost-of-living predicament for many low-income renters is absolutely dire and also needs serious attention,” he says.

Some state governments, notably Queensland and Victoria, have included significant investment to build new social housing in post-COVID economic recovery plans. However, Prof. Pawson says these initiatives will only make a real difference if they can be maintained for the long term – something highly unlikely without strong federal government backing.

The next stage of the research will investigate the struggles social housing applicants endure and their coping strategies while awaiting a tenancy offer.

“We need to better understand the kinds of situations that prompt registration and how people manage to endure the process,” Prof. Pawson says.