New research shows that a transition to renewable energy alone is not fast enough to keep global temperatures below 2050 target levels. 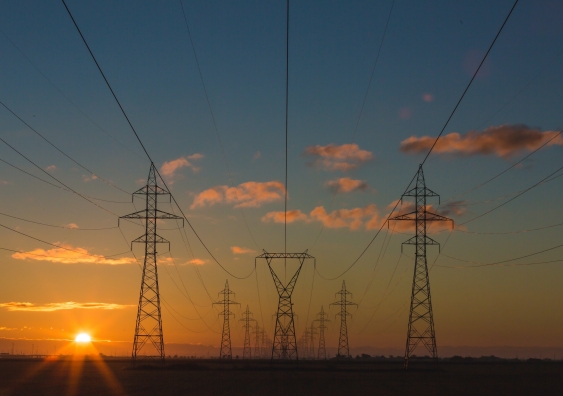 If global energy consumption continues its trajectory, renewable energy won’t be able to replace all fossil fuels by 2050. Photo: Unsplash.

To keep global heating below 1.5°C – the level necessary to avoid irreversible damage – total energy consumption itself needs to halve over the next three decades based on 2019 levels. Furthermore, to keep temperature from overshooting a 1.5°C increase by 2050, global CO2 emissions must decline by about half by 2030.

Despite significant growth in renewable energy, it is being outstripped by the parallel increase in total energy consumption, primarily driven by growth in fossil fuels for areas like transportation and heating. And while energy usage did slightly decline during 2020 due to the pandemic, the demand has since returned.

“We have a situation where renewable electricity and total energy consumption are growing quite rapidly alongside one another. So renewables are chasing a retreating target that keeps getting further away,” says Mark Diesendorf, author of the study and Honorary Associate Professor at the School of Humanities & Languages, UNSW Arts, Design & Architecture.

“The research shows it is simply impossible for renewable energy to overtake that retreating target. And that’s no fault of renewable energy. It’s the fault of the growth in consumption and the fact that action has been left too late.”

A/Prof. Diesendorf says when it comes to the renewable energy transition, we’re underestimating the battle against time.

“There is no doubt that we could transition to 100 per cent renewable energy and that it would be affordable. Technologies such as wind and solar continue to get cheaper. The problem is replacing all fossil fuels as the demand for energy consumption keeps growing,” A/Prof. Diesendorf says.

While there are many technological  policies that support a transition to 100 per cent renewable energy, most are not designed to reduce energy consumption. Furthermore, many rely on technologies such as CO2 capture, which remains speculative and untested on a large scale.

Instead, A/Prof. Diesendorf suggests that climate change can’t be solved without significant social changes that curb energy consumption – something that has not been widely considered to date.

“To make the rapid transition, we will need to supplement the technological changes. We need to start reducing global energy consumption now, which means we need to make necessary social and economic changes,” A/Prof. Diesendorf says.

While the target of halving energy consumption globally sounds impossible on the surface, A/Prof. Diesendorf says it’s possible with the right policy approaches.

“We would only need to go to the levels [of energy use] of a few decades back with the smarter and cleaner technologies of today. It does not mean going back to living in caves. But it does mean abandoning the belief of conventional economics that eternal growth is possible on a planet with finite resources.”

Collectively using less energy would likely have a flow-on effect of slowing economic growth, according to A/Prof. Diesendorf.

“If energy consumption is reduced, it’s likely that economic consumption will also go down. But there are many things that governments could do to ensure that it will not inconvenience people, provided the right incentives are given.”

Measures like environmental and carbon taxes, wealth and inheritance taxes can help drive reductions in energy consumption, while a shorter working week, job guarantees and increased government expenditure on poverty reduction, green infrastructure and services like public transportation and social housing would compensate people, he says.

“Having a set of universal basic services would mean there is less demand for very high-income jobs, which correspond to very high energy consumption.”

But while individual actions have their place, being a responsible citizen alone will not be enough. Instead, we need governments of the world to co-operate and lead the change, A/Prof. Diesendorf says.

“I think the best thing people can do is demand that governments and other political parties get serious…because time has run out.”

At a local level, he says we need to reduce the political power of corporations that continue to push the increasing use of fossil fuels.

“Having a strong federal integrity commission, a ban on large political donations, and stronger constraints on the “revolving door” between politicians and political advisors and the fossil fuel industry will also help.”

BHP is selling its dirty oil and gas assets, but hold the applause