Opinion We need to talk about science … more thoughtfully

It is time for science communication to get real with less emphasis on technology promotion and more acknowledgment of areas of uncertainty, alternatives and political commitments, write Matthew Kearnes and Georgia Miller. 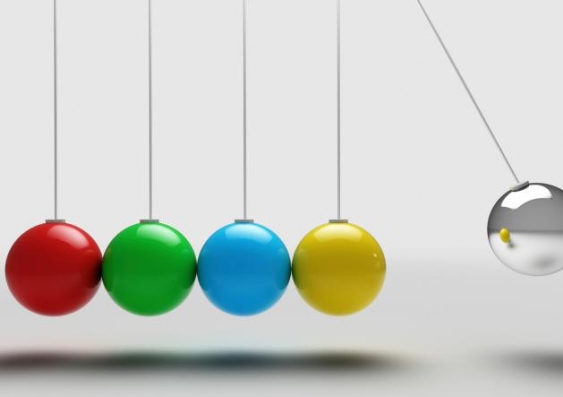 OPINION: An independent review of an Australian federal government science communication initiative – made public in November – found that educational and information materials lacked balance and fairness, and primarily served a marketing or public relations function.

The timing of the review’s release has caused concern in some quarters. Commissioned in January 2011, with the last expert inputs and review opinions provided in August 2012, the review’s findings were only made public a few weeks ago – and several key documents have yet to be released.

While the results of this review are challenging, they highlight a number of important lessons for science communicators.

The review looked at the Public Awareness Community Engagement Programme (PACE) which was designed to raise awareness about nanotechnology, synthetic biology and biotechnology, and was coordinated under the Labor government’s National Enabling Technologies Strategy (NETS).

The review followed complaints by NGOs and trade unions that materials produced by the PACE program lacked balance, and in some cases, included inaccuracies. In many instances the review found support for those concerns.

Rather than providing “balanced and factual information […] to allow the public to make more informed choices”, official NETS policy – factsheets, brochures, postcards andblogs – were found to be broadly promotional in tone.

They downplayed concerns about safety risks, ignored societal issues, and in some places overstated the extent of regulatory oversight.

So what can we learn from this?

There is a tendency in Australian science communication to assume a “deficit model” of public understanding of science.

The assumption is that public concerns over technological change in areas such as genetically modified (GM) crops and nanotechnology are a product either of public ignorance or “irrational” cultural values.

The punchline is that this presumed “deficit” in public understanding needs to be corrected by education and communication programmes. It is not uncommon to hear talk of winning “hearts and minds” for science, and tailoring science communication and educational strategies to mimic perceived public values.

All too often, this approach translates into “technology promotion”, with science communication initiatives focusing primarily on the potential “benefits” of particular technologies or innovations. In place of a healthy and reasoned deliberation of options and alternatives, public discussion is often narrowly framed as “all-or-nothing”.

The science communication community needs to move beyond the deficit model. We must find ways of fostering genuine, open and two-way debate and dialogue onalternative technological pathways.

Australian science communicators also worry that a public backlash in areas of emerging innovation may hamper commercialisation. The spectre of the controversy over GM crops looms large here. It is not uncommon to hear that we need to avoid nanotechnology or synthetic biology becoming the “next GM”.

This has led to an unwillingness to acknowledge areas of scientific uncertainty. Many don’t want to admit that often the health and environmental risks of novel technologiesremain poorly understood and that regulators struggle to keep up with the pace of new developments.

The well-documented misinformation campaigns that have characterised debate over anthropogenic global warming have caused many to suggest that the scientific community needs to close ranks; to emphasise consensus over dissent.

However, questions concerning the direction of technological innovation, the interests that it serves and the uncertainties that surround the development of new technological systems can’t be equated with climate change denialism.

What we might learn from the review of the PACE programme is that downplaying or ignoring areas of scientific uncertainty, in favour of overt promotion, may invite rather than diminish community scepticism.

A central lesson from the field of science and technology studies is that science can’t be easily bracketed off from social and cultural values. This research has consistently shown that public responses to novel areas of technological innovation are a product of the “social constitution of technological systems”, rather than simply public ignorance or irrationality.

The development of new technologies is shaped by implied, but often unacknowledged, social relations. The implications of technological innovation for public choice, institutional transparency and democratic oversight are not external to “the science”. Acting as if they are limits the scope for effective public debate and discussion.

The assumption that science has “the facts”, while the public are constrained by irrational “cultural values” needs to be ditched.

It is time for science communication to get real. The review of the PACE programme suggests that science communicators need to put less emphasis on technology promotion. They should favour a more open approach that acknowledges areas of uncertainty, alternative options and pre-existing political commitments.

The challenge here is to see genuine public dialogue and debate as enhancing, rather than diminishing, innovation.

Dr Matthew Kearnes is a Senior Lecturer in the Environmental Humanities Programme, UNSW. Georgia Miller is a PhD candidate in science and technology studies at UNSW.