OPINION: The so-called obesity epidemic is a more complex picture than the statistics would have us believe, writes Professor Jenny Stewart in The Canberra Times. 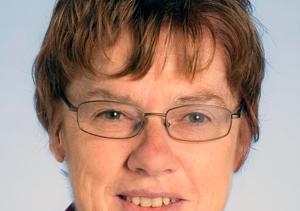 OPINION: Who's heard of the Australian obesity epidemic? One way or another, most of us are vaguely aware of the growing fatness of Australians, if only when we ruefully try to get into last year's swimming costume. Doctors warn of the rising incidence of diabetes and other conditions associated with being overweight.

In policy debates, it's an issue that pops up regularly in various guises - governments have been urged to tax fast foods that are high in calories. There have been proposals for fatty foods to carry official health warnings. In 2008, Access Economics, in a report produced for Diabetes Australia, estimated that obesity was costing the nation $58 billion per year in health system, productivity and carers' costs. If we count arguments for exercise and sports programs, there is quite a chorus of concern.

It's a tough job, getting your voice heard in public policy debates. It's only natural, given the hyperbole that characterises media-driven politics, to highlight the urgency of your case, but science does not always give us clear-cut messages, as those trying to produce action on climate change are only too aware.

One of the big problems with any policy issue is how you define the problem. And while obesity may seem a clear-cut issue, it is actually quite complex.

Let us consider the case of childhood obesity. There is an obvious complication here, in that kids are still growing, their bodies are changing, and while extreme overweight is obvious, it is difficult in any specific instance to determine if or when the alarm bells should start ringing.

If we consider, not individuals, but what is happening to our kids over time, the numbers are not always clear. To see the issue, we need to look at how data on weight are used to gauge obesity. Essentially, we take a sample of individuals that represent a good cross-section of the population we are interested in, and we measure the height and weight of the individuals in the sample. It's then possible to compute the Body Mass Index for each of these individuals (that's each person's weight in kilos divided by the square of their height in metres).

For children, the methodology is a little more complicated. The point, however, is what happens when we try to figure out the incidence of overweight and obesity in the sample. How do we define these conditions? Much depends on the procedure employed.

To see the difference this can make, when the ABS undertook its National Nutrition Survey in 1995, the statisticians found that, for children aged 12-15, roughly 7per cent of both boys and girls were overweight. A further 20per cent of boys and 12per cent of girls were ''at risk of being overweight''.

The children had not changed - the definition of what constitutes overweight had. Even when clear-cut trends have been identified, assuming that they will persist into the future may be unnecessarily alarmist. Although health authorities continue to express concern, the problem of childhood obesity seems to have stabilised since 1995.

The 2007-2008 National Health Survey showed no real increase in the percentage of children and teenagers classified as obese. The childhood obesity epidemic, if there was one, actually occurred between the mid-1980s and the mid-1990s, but at the time, nobody seems to have noticed.

So, where does this leave the obesity epidemic? While calling for additional research, the medical people and the statisticians are now focusing their attention on adults. Not surprisingly, the news is not good. The proportion of the adult population that is overweight or obese has reached 61per cent (compared with 57per cent in 1995).

The increase has largely been in the proportion of adults classed as obese. Overall, a higher proportion of us are obese (that is our calculated BMI is over 30) than previously. Extra weight is particularly a problem for middle-aged men.

These are worrying figures. But are they worrying enough for public policy to get more involved? And if so, how should that involvement occur?

Most people accept that deterring people from smoking through whatever means we can find, has helped reduce the incidence of smoking in the population. But with obesity, we are on rather different ground. For example, it is doubtful whether taxing fast food will have any effect at all, other than making Big Macs more expensive. This is because obese people actually eat less than those of normal weight.

There are many factors involved, because obesity is a function not only of how much energy we ingest, but of how much exercise we do.

People are driving cars more, walking less and exercising less. But that is a consequence of the way our cities have developed, and the fact that, while we may be urging our kids on, fewer adults play sport than before. Even less physically demanding sports are losing popularity. Despite an ageing population, bowls clubs, whose white-clad members used to be such an institution in our cities and towns, are finding it difficult to attract enough members to make ends meet.

As for the obesity epidemic, the medical profession and others will no doubt continue to find data showing worrying trends.

In the policy world, the act of measurement is itself political, because numbers are produced by people, and people who want to influence policy want us to see the world in a particular way. Numbers have a quantitative allure that is often compelling.

But we should always ask where they come from.

Jenny Stewart is professor of public policy at UNSW@ADFA.

This article was first published in The Canberra Times

NBN and Mr Fluffy overreach remind us why governments should lead, not command