Chinese students are less likely to be attracted by visa processing changes than they are by investment in higher education that drives our unis up the rankings, write Twan Huybers and Xue Gong. 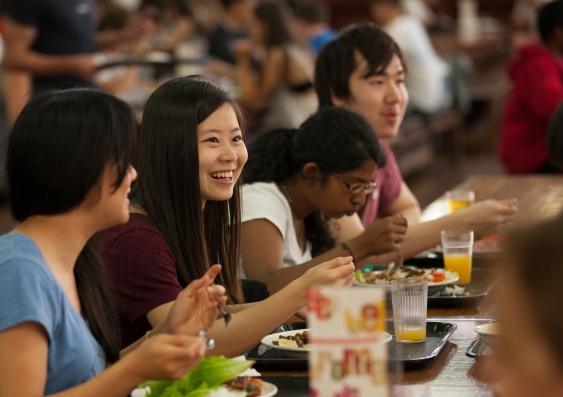 In the current challenging circumstances, the Australian government is trying to reverse this decline by improving visa regulations for international students. On the other hand, the education budget to higher education has been cut.

But how much will the budget cut damage Australian education exports and how much will visa regulation improvements make up for it? Our recent study published in the Australian Journal of Education found efforts to improve visa processing were not as important as university rankings or affordability.

Where are they from and where do they go?

The number of international students from the second-ranked country of origin, India, was less than half that of China’s.

Chinese students mainly enrolled in the higher education sector (61.9% in 2013) in Australia. This sector also generated the biggest part of the education export profit, at 68.3% in 2013.

Other countries are also competing for Chinese students. At the higher education level, most Chinese students chose the United States: 27.6% went to the US while 11.5% chose Australia.

Our recent study tried to determine which factors have been influencing international students’ decisions on where to study.

The results show that destination country safety is an important choice determinant. Chinese students are not necessarily limiting themselves only to countries with a high safety ranking, but they’re unlikely to choose a country with a very low safety ranking.

Another major factor in the decision-making process is the destination country’s university rankings and general standard of education. The study shows that Chinese students assign a relatively high value to university rankings compared to other factors.

In the context of the release of the 2014 Times Higher Education rankings, funding cuts to Australia’s higher education sector were associated with a negative effect on university ranking. This may discourage Chinese students from pursuing higher education in Australia.

The study also indicated out-of-pocket expenditure was an important factor. This suggests the recent depreciation of the Australian dollar may help to attract foreign students into the international higher education sector. However, it is unlikely that exchange-rate-induced expenditure changes would be sufficiently large to result in major increases in Chinese student numbers.

The study suggests scholarships for university fees and living expenses would have a major positive effect on demand from Chinese students. The Chinese government provides scholarships for high-achieving domestic students to pursue Masters and PhD degrees abroad through the China Scholarship Council (CSC).

As an indication of the level of financial support, each CSC student enrolled at an Australian university receives a scholarship worth around A$20,000 a year to cover all expenses, including university fees and living expenses.

Retaining and fostering connections with the CSC, in order to increase the number of available scholarships, could provide an alternative to potentially dwindling Australian country-level or university-level scholarships.

The study results indicated positive effects of a reduction in student visa processing time, an increase in the post-study visa duration and a decrease in immigration language requirements.

However, these effects were relatively small compared with destination safety, university rankings and study and living costs.

Hence, while the recently implemented streamlined visa process and the post-study work visa policies in Australia may have some positive effect on attracting more Chinese students, the study findings support the statement in the Knight review that Australia’s student visa program cannot solve all of the problems facing the international education sector.

Efforts to increase the attractiveness of Australia for higher education seem to revolve around the ease and speed of obtaining a student visa and a post-study work visa. While these are shown in the study to be important factors, the findings also point to the fact that visa policies would appear somewhat less relevant than other factors.

Efforts should be focused on more important factors such as safety, university rankings and scholarship conditions to attract more Chinese students.

Twan Huybers is an Associate Professor in the School of Business at UNSW Canberra.

Xue Gong is a Lecturer at the School of Economics and Management at Nanjing University of Science and Technology.