Opinion What Game of Thrones teaches us about gender, power and international relations

Popular culture remains at the margins of international relations, yet it has much to contribute to the understanding of the power dynamics at play in world affairs, write Laura Shepherd and William Clapton. 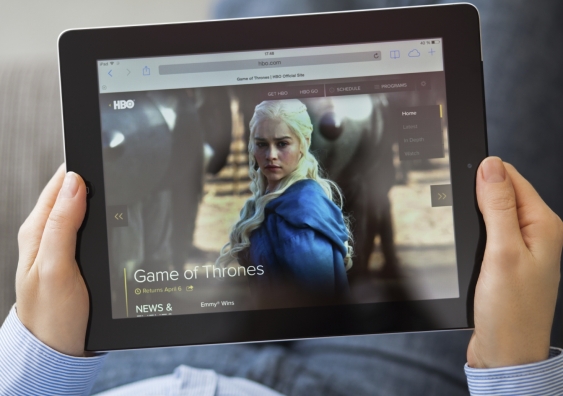 Power. Authority. Sovereignty. To the scholar, student and even casual observer of both the practice of international relations and the academic discipline of International Relations (IR) these are familiar terms and concepts. They are central to the discipline of IR, arguably its defining concepts, the prevailing understandings of which in large part constitute the basic images and representations of the international that inform much of the disciplinary scholarship on the practice of international relations. Yet these concepts are, generally, often defined, understood and employed in rather narrow, supposedly ‘neutral’ ways. That is, mainstream IR scholarship has often overlooked the ways in which key categories of identity, particularly gender, are crucial to the constitution and reproduction of political power and authority. These concepts certainly are not often theorised or taught with reference to gender by many IR scholars.

This is an issue that feminist IR theorists have long highlighted, drawing attention to the inadequacy of theorisations of the state and political authority that do not engage with gendered power. However, feminist IR scholarship is not the only vehicle through which the gendered foundations of power and authority are laid bare: it is also to be found in various popular cultural texts, such as HBO’s hit television series Game of Thrones. The study of pop culture and IR itself has a rich and varied history. Despite this rich literature, popular culture remains at the margins of the discipline of IR.

This is unfortunate, as popular culture’s significance for understanding the international lies in its provision of different representations of the very things that we as IR scholars wish to study and explore, representations and forms of knowledge that we are often required to ‘leave at the door’ when we embark on the ‘serious’ business of doing IR. A show such as Game of Thrones provides a set of representations of the gendered nature of the constitution and reproduction of power and authority that are often not captured in large sections of the discipline. More generally, the themes and issues with which Game of Thrones engages mean that the subject matter of the show and the subject matter of IR are closely related. As with any popular cultural phenomenon, it is interesting to explore not only the specific lessons and new ways of thinking that can be learned from interrogating the forms of representational practice it employs.

For those that may not be familiar with the show, Game of Thrones is set primarily in Westeros, a territory divided between different ‘Houses’ that serve as both familial and political units and are the primary political and strategic actors in the realm. While the ‘King of the Seven Kingdoms’ sits upon the Iron Throne at the apex of the political hierarchy in Westeros, the seven Houses wield significant power and influence. Westeros is a feudal, misogynistic and patriarchal society. Despite the show’s representations of several strong female characters, such as Cersei Lannister or Catelyn Stark, women generally wield very little substantive authority in Westeros. There is much online debate over whether the show reifies problematic or oppressive gendered power relations or whether in fact it provides a critique of them. However, whether it is critiquing or reinforcing the gendered nature of power and authority, Game of Thrones is still providing us with explicitly gendered representations of both.

For example, this is apparent in the characterisation and representation of King Joffrey Baratheon. Joffrey is shown to be a cruel boy before his ascension to the Iron Throne, and this grows much worse once he is King. His abuse of Sansa Stark is a clear example of this. Taking place in episode 2.04, this scene opens on Sansa, betrothed to King Joffrey, knelt on the floor of Joffrey’s court chamber at the point of a cross-bow held by Joffrey himself. Joffrey is punishing Sansa for the actions of her brother, Robb Stark, at this stage still a contender for the Iron Throne, and orchestrates his abuse of Sansa from a raised dais, commanding his soldier to ‘leave her face’ because he ‘likes her pretty’. This reinforces Sansa’s object value to Joffrey, rather than her value as a fellow human being. Once the soldier had begun beating Sansa, Joffery is quick to sexualize the violence, reminding the audience of Sansa’s (female) body and its potential utility in reproducing Joffrey’s authority. ‘My lady is over-dressed,’ he states. ‘Unburden her’.

Sansa is saved from public nudity – and therefore public humiliation – by Joffrey’s uncle, Tyrion Lannister. Even as Tyrion intervenes to protect Sansa, he too diminishes her agency. His appeal to Joffrey is framed through the logic of Sansa’s position reflecting on Joffrey himself: ‘She is to be your Queen. Have you no regard for her honour?’. Thus, we still see Sansa solely as an adjunct to a powerful man, and see her subordination as a way of establishing that man’s political authority. The scene that follows Joffrey’s abuse of Sansa shows Tyrion discussing Joffrey’s violence with Bronn, a mercenary he employs. Here, Tyrion asks, ‘Do you think dipping his wick will cure what ails him?’, clearly indicating that he sees a connection between sex, and Joffrey’s dysfunctional exercise of authority. Bronn responds: …the boy’s at that age, and he’s got nothing to do all day but pick wings off flies. Couldn’t hurt to get some of the poison out’.

The next scene graphically depicts what Bronn had in mind when he talks of ‘get[ting] some of the poison out’. This scene takes place in Joffrey’s chambers and involves his violent abuse of two prostitutes sent by Tyrion as a ‘name day present’. Joffrey confirms with the women that they were sent by his uncle, which in turn confirms to the audience that they represent to him his uncle, a rather negative association. Joffrey does not allow either woman to touch him, again reinforcing the idea that women are not to be engaged with as humans but merely used to reproduce authority. Presenting one of the women with a belt, Joffrey orders her to beat her friend. ‘Use this… harder… I said, harder’. The camera moves to an extreme close-up of Joffrey grabbing the face of the woman doing the beating, as he demands she make more effort: ‘He [Tyrion] would want me to get my money’s worth.’ Again, this reminds the viewer that Joffrey’s violation of these women is directly related to the recent confrontation he had with his uncle and that he is in fact abusing these women to get revenge for the slight he perceived when Tyrion openly challenged his authority in court, reinforcing the reproduction of political authority through gendered violence.

This brief example from Game of Thrones (there are many others, a fact that bloggers have written about extensively) again highlights that by using popular culture in our teaching and research we can illuminate different representations, produce different forms of knowledge and recognise different claims to knowledge in the academic study of IR, potentially opening the discipline to much more holistic, much more nuanced and ultimately much more diverse forms of knowledge about the international.

This article was first published by the Australian Institute of International Affairs.