Opinion Whatever happened to Australia's 'no child shall live in poverty' pledge?

It's now almost 30 years since Bob Hawke promised to end child poverty by 1990. In the meantime we have seen economic growth deliver rising real incomes to most Australians, yet the pledge remains a distant goal, writes Peter Saunders. 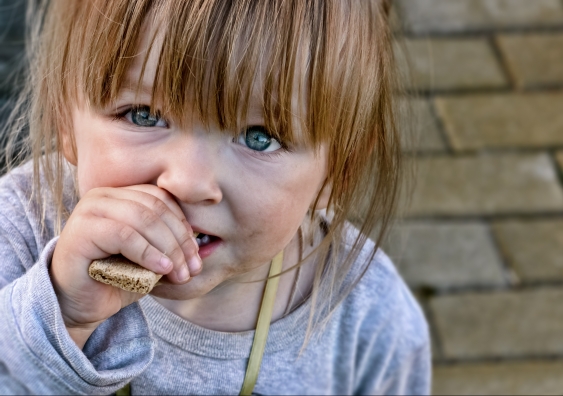 OPINION: It's now almost 30 years since Prime Minister Bob Hawke promised to end child poverty by 1990. The intervening period has seen economic growth deliver rising real incomes to most Australians but achieving the child poverty pledge remains a distant goal. The latest ACOSS Poverty Report – released at the weekend at the start of Anti-Poverty Week 2016 – indicates that over 17 per cent of children were living below the poverty line in 2013-14 – down slightly from the peak in 2007-08 but still higher than it was a decade earlier.

The latest figures imply that 731,000 children are living in poverty after taking account of housing costs – a dismal reflection on our failure to address a problem that is known to impose long-term damage on child development, putting paid to the "Fair Go" myth that all Australian children have equal opportunities.

While Hawke was treated with derision by many who saw his pledge as a desperate attempt to restore his fading electoral prospects, most missed the key point that it was the target itself that placed his (re-elected) government ahead of the game. Other governments have set child poverty reduction targets since, most notably Tony Blair's New Labour in the UK, where the targets are now enshrined in legislation that binds all future governments to achieve them.

Experience in Australian and the UK demonstrates that poverty reduction targets set at the highest levels of the government are critical statements of political intent. They provide a framework for action that can be used to sweep aside the obstacles that are thrown in the path of social progress.

This was clearly recognised by Hawke's reformist social security minister Brian Howe, who implemented a series of major reforms to the family assistance scheme that included income-testing the then universal family allowance and using the savings to increase the family income supplement paid to low-income families. The combination is an example of Australian targeting at its best: achieving fairer outcomes without adding substantially to budget outlays. The impact on child poverty was relatively modest, but those below the poverty line were raised up closer to it, making it easier to build towards achieving Hawke's pledge.

Australia will need to reflect more seriously on its poverty reduction performance if it is to achieve the Sustainable Development Goals (SDGs) agreed by over 200 countries (including Australia) at the UN General Assembly in September 2015.

The first SDG target commits all countries to eradicate extreme poverty "for all people everywhere" by 2030 and to reduce at least by half the proportion of men, women and children living in poverty "in all its dimensions according to national definitions".

The world will be watching how we go about making the SGDs a reality. We now know far more about how to measure child poverty (including taking account of children's own views) and a lot more about how to reduce it. And 25 years of uninterrupted economic growth has provided Australia with the resources to get it down get it down to an acceptable level – I'd suggest to below 5 per cent by 2025.

Not taking action will deny hundreds of thousands of Australian children the chance to share in the nation's prosperity and make the most of their lives. Those who are opposed to such actions will dispute this, but the reality is that we can tackle child poverty and we owe it to current and future generations to do so.