Opinion Where are they now? What public transport data reveal about lockout laws and nightlife

Yes, lockout laws have succeeded in decreasing crime in certain neighbourhoods. But an analysis of  transport data points to different impacts across the city, writes Phillip Wadds. 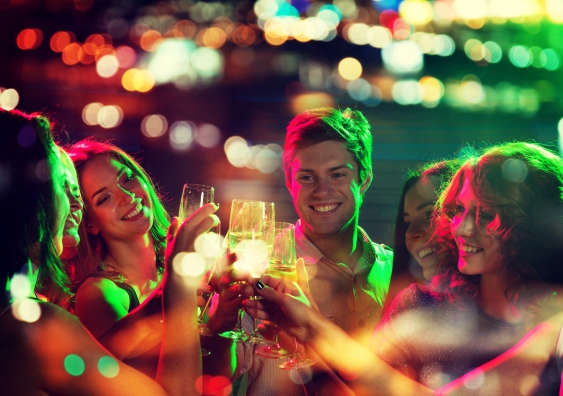 OPINION: It is vital that public policy be driven by rigorous research. In the last decade key policy changes have had profound impacts on nightlife in Sydney’s inner city and suburbs. The most significant and controversial of these has been the 2014 “lockout laws”.

These were a series of legislative and regulatory policies aimed at reducing alcohol-related violence and disorder through new criminal penalties and key trading restrictions, including 1.30am lockouts and a 3am end to service in select urban “hotspots”.

A range of lobbyists, including New South Wales Police and accident and emergency services, welcomed these initiatives.

By contrast, venue operators, industry organisations and patron groups have made repeated but largely anecdotal claims that these changes caused a sharp downturn in profit, employment and cultural vibrancy in targeted areas. They also claim that the “lockouts” have caused drinking-related problems to spill over into urban areas that are less equipped to cope with them.

However, in late 2016, the Callinan Review referenced compelling evidence in support of the current policy.

According to the latest research, recorded rates of crime are down by around 49% in the designated Kings Cross precinct and 13% in Sydney’s CBD.

In contrast, what little research has been produced by opponents of strict nightlife regulation has been criticised as unreliable, inaccurate and poorly deployed.

The Callinan Review noted the lack of verifiable claims about the negative impacts of the policy in submissions from the main opponents of the lockout laws. This has led to a great deal of assumption in the final report about where, for example, revellers, jobs, entertainment and revenue might have been displaced to, or how the policy changes affected them.

In many respects, the passing over of claims made by anti-lockout groups is rather unfair. These groups are not official state bodies with the capacity to produce the type of data or evidence on which the policy has been justified and defended. As such, their “unscientific” observations and experiences have been largely dismissed.

We must take a city-wide perspective

If the lockout policy is judged on the original goal of decreasing crime in designated “hotspots”, then it appears to have been a success.

However, from a city-wide perspective there are other issues to consider. Not the least of these is the effects in other nightlife sites across Sydney.

Despite initially finding no displacement of violence to nearby nightlife sites, the NSW Bureau of Crime Statistics and Research (BOCSAR) has just released findings showing significant displacement in rates of recorded non-domestic-related violence in destinations outside the lockout zone.

Reported crime rates in Newtown, one of the displacement sites listed in the BOCSAR study (along with Bondi and Double Bay), increased by 17% in the 32 months following the lockouts.

These new findings appear to vindicate some local complaints about increased night violence – including attacks targeting LGBTI victims – that has led to much resident irritation and even political protest in recent years.

So, how can we better judge the veracity of these claims about the displacement of nuisance and violence?

Mapping patronage trends is a key means of understanding how and why rates of assault have now increased despite initially showing little to no change.

To this end, Kevin McIsaac and I, with data from Transport for NSW, have set out to ascertain if and how nightlife participation in Sydney has been influenced by the lockouts.

These findings provide new insights into the way people have adjusted their nightlife habits. The most interesting finding is the dramatic increase in access to Newtown nightlife. Exits in Newtown have increased 300% since the lock-outs were introduced in 2014.

As can be seen from the graph, the rate of increase has been steady over the study period. This raises questions about whether there is a threshold at which patron density becomes an issue that potentially results in increased nuisance and violence.

While this research is still in its early phases, the transport data tell one small, yet significant, part of the story. However, to draw definite conclusions, there is far more that needs to be considered.

Many nightlife patrons travel into the city by different means, or don’t travel at all (those who live in and around the city).

We need alternative data to try to identify patterns concerning these groups. Several different organisations have data that could help paint a more complete picture, including telcos, Google, Taxis NSW and Uber.

While these organisations should be protective of their data, the value of anonymous aggregate location data is how it can inform and advance public policy through ethical research. This information is key to breaking down access barriers. Without access to these anonymous aggregations of privately controlled data, the capacity of research is limited.

As such, there is a need for greater communication, collaboration and co-operation between producers of big data, the government and researchers into social impact. By building stronger evidence for all manner of policies, such partnerships have an amazing potential to contribute to the public good.

Phillip Wadds is a Lecturer in Criminology at UNSW