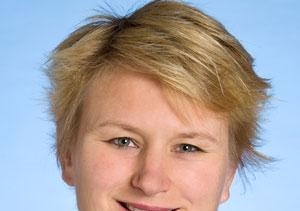 OPINION: As Tony Abbott dug himself in deeper trying to escape his remarks about ''authentic Aborigines'' last week, his comments were revealing. The way he described Aboriginality had a significance that went beyond rudeness or violating political correctness.

White settlers have described Aboriginal people in a variety of ways over the years, and it has always served a political purpose. Aboriginal people were described as ''dangerous savages'' when a rationale was needed to shoot them to clear them off the land. On the other hand, they were described as ''passive natives'' who had quietly given up their lands and died out due to disease when we needed to justify their decimated numbers to the rest of the world.

The various theories of race have been just as politically loaded. One theory argued that each race came from a different genus, and they were engaged in a Darwinian struggle for survival. The superior races would survive, while the vanquished would be condemned to history. In this logic it was deemed merciful for Australian government policy to ''smooth the pillow of the dying race'' and help along Aboriginal extinction.

Other theories of race argued we all had the same genus, but different races were at different points on a continuum of evolution. The Aboriginal race was deemed to be languishing at the bottom while the white race was at the top having evolved closer to God. It was argued Aboriginal people were being ''liberated'' when they were forcibly assimilated into the ''higher'' white culture.

Contemporary understandings of Aboriginality are just as political. We have moved on from describing race in terms of biology and now we cast it in terms of culture. In the past we argued it was Aborigines' biology that caused their dismal state, and now we argue it is their culture. The common argument goes that Aboriginal culture is ancient and primitive, and cannot be reconciled with modern Western culture.

It is an argument that again lays the blame for the condition of Aboriginal people as being Aboriginality itself. As colonisers we argue that the conditions of the people we defeated are due to the internal flaws of the victims.

Even more poignantly, in this framing, if a person gets educated and becomes professionally successful in white terms, they lose their Aboriginality. They are seen as moving away from the traditional way of life and culture. You can be successful in the white world, or you can be Aboriginal. You can't be both.

It is a line of argument that has been used to delegitimise Aboriginal leaders. Anyone who gains the skills required to be an effective Aboriginal advocate immediately has their authenticity questioned.

So what is the right way for a whitefella to talk about Aboriginality? First, we need to acknowledge the diversity of the experience. There were 500 Aboriginal nations with their own different cultures before European settlers turned up. Different Aboriginal families have then had very different pathways through the colonising experience.

Second, we need to understand it is not our place to describe what Aboriginality is. Each Aboriginal person will come up with their own way of understanding it, and it is likely there will be as many understandings as there are people who tick the box on the forms.

For whitefellas, Aboriginality is perhaps most usefully understood as people whose families went through the experience of dispossession.

That might seem like a small thing, or something that happened a long time ago, but that is not the reality. The frontier wars that took a form of guerilla warfare lasted about 70 years from the 1790s through to the 1860s.

From the 1870s through to the 1960s most Australian states operated a form of apartheid, where Aboriginal people were wards of the state. Many were rounded up on reserves where they lost the right to own property, hold a job, or marry without permission. Their children were not their own and could be removed.

Many outside the reserves were caught in a no man's land, not allowed on the reserves but locked out of the towns by colour bars. Their wages were a fraction of white wages, they had no access to government payments, and their children were not allowed into schools. They were forced to set up slums on the outskirts of towns.

About eight generations lived through these hardships before things started to get better.

If we need a way of thinking about Aboriginality, we need to start by acknowledging that people are just people. Then we need to realise that some of our fellow Australians have had this experience in their families.

Perhaps if we understand Aboriginality that way, things might just start improving.

Dr Lindy Edwards is a political scientist at UNSW Canberra.