Opinion Who cares about Canberra?

Between the mediocrity of the ACT government and the impotence of the NCA, the fate of one of the greatest planned capitals of the 20th century hangs in the balance, writes James Weirick. 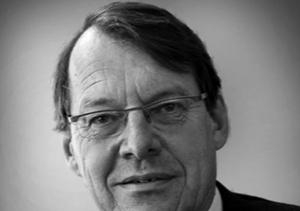 OPINION: Readers of The Canberra Times can be forgiven for responding with a measure of disbelief to the spirited assertion by the acting chairwoman of the National Capital Authority, Shelley Penn, that Canberra's planning is not dysfunctional (''Shared plan is critical, complex,'' June 1, p3). In the past few weeks, the NCA has declared Lake Burley Griffin closed indefinitely because of water pollution. Meanwhile, a report from the ACT Environment Commissioner has documented the obvious - the pollution comes from the urban catchment of the lake. The NCA does not have the power to plan and manage the urban catchment. As a consequence, the NCA fails repeatedly in its attempts to manage the lake. The situation is not just dysfunctional, it is pitiful - not to mention a downright danger to public health.

The division of planning powers between the national government and the ACT government at the time of ACT self-government was a thoroughly botched job. Neither a succession of inquiries over the past 20 years, nor the disaster of the 2003 bushfires, has led to any redress of a situation that should never have been created in the first place. The bushfire disaster, the greatest failure of the planned capital since its inception, had its origins in the division of planning and land management responsibilities in the 1980s, whereby a national government became responsible for a city park, and a city government became responsible for a national park.

The findings of inquiry after inquiry into the planning system of the ACT have simply gone nowhere. In December 2008, home affairs minister Bob Debus issued the response of the Rudd government to The Way Forward findings of the inquiry into the role of the NCA conducted by the Parliamentary Joint Standing Committee on the National Capital & External Territories. Debus announced establishment of an inter-governmental committee to determine ''options for how best to simplify the planning and land management responsibilities that are divided amongst several stakeholders in the ACT'' adding the rider, ''the inter-governmental committee will report to the government with options for implementation as soon as practicable''.

Almost two years later, in November 2010, in evidence before the Joint Standing Committee, the then chairman of the NCA, Professor Don Aitkin, said there had been no progress on this front.

A year after that, in November 2011, the chief executive officer of the NCA, Gary Rake, admitted, ''there have been no active discussions for several months now. The primary reason for that, as I think I put into evidence last time I answered a similar question, is there is still a fundamental difference between the ACT government and the NCA about the range of responsibilities that we each have in the shared planning system.''

It is now three and a half years since Debus's direction, the work is still to be done, and acting chairwoman of the NCA Shelley Penn claims the planning system is not dysfunctional.

Clearly the NCA has come off second-best to the ACT government in whatever negotiations have taken place. The ACT government - whose own planning operations have been amalgamated, disbanded, reorganised and divided ad nauseum - has managed to produce such triumphs as the Gungahlin Drive Extension, the City Hill land sales debacle, Canberra Centre and the lifeless streets of Civic, the Direct Factory Outlet in Fyshwick, an urban form that forces the bus fleet to drive 3.5 million kilometres a year without picking up a passenger, and some of the worst designed suburbs in Australia. Yet the ACT government has stonewalled and deflected the NCA for years over purposeful planning in the national capital. The NCA has battled on with no support from the national government - indeed the reverse, having its funding slashed in the 2007-2008 budget and never recovering from the consequent loss of staff.

In June 2011, after a year in which the NCA barely had funds to clear flood debris from Lake Burley Griffin, Aitkin was reduced to begging for help. In evidence before the Joint Standing Committee, he stated, '' … since the budget decisions of 2007-08, we have been manifestly short of the necessary funds to do what we are ordained by law to do … we need a clear statement from the Commonwealth government that the NCA has a role both in the maintenance of the public estate and in the future planning of the national capital.''

The answer came last month from Regional Development Minister Simon Crean in response to the Hawke review of the NCA. It's all over. Control of the national capital is to be handed to the ACT government. The ACT is to be divided into two jurisdictions with the National Capital Plan subservient to the Territory Plan. The NCA has been given one-off funding to buy in the expertise it does not have to further emasculate itself. This is a craven abdication of the national interest in the national capital. The only way forward for Canberra is an integrated not a divided planning system and a capacity to deliver more ecological management of the metro region, more density in the right places, more public transport, more public consultation, more design excellence, more sustainable design at neighbourhood level, and a more sustainable funding basis for the city - in short, the principles of the 1912 Griffin Plan. At the moment, there is no sign of this happening. And if any proof is needed that the national government is not interested in the national capital, last Friday's article by Penn reminds us that we have come to the centenary of the Griffin Plan with no one chairing the National Capital Authority. Crean and the Gillard government have not bothered to fill the position, vacant since Aitkin's three-year term came to an end on October 28, 2011 - more than seven months ago.

Between the mediocrity of the ACT government and the impotence of the NCA, the fate of one of the greatest planned capitals of the 20th century hangs in the balance.

Professor James Weirick is director of the Urban Development and Design Program at the University of NSW and president of the Walter Burley Griffin Society.

Changing negative gearing: what it means for renters

Housing with no serious faults and buyer protection – is that too much to ask of builders and regulators?