Opinion Whose line is it anyway? The murderer, his mother, and the ghost writers

Sonya Voumard’s book marking the 20th anniversary of the Port Arthur massacre is a story about stories: Who writes them, who owns them and what happens when the two get muddled, writes Christopher Kremmer. 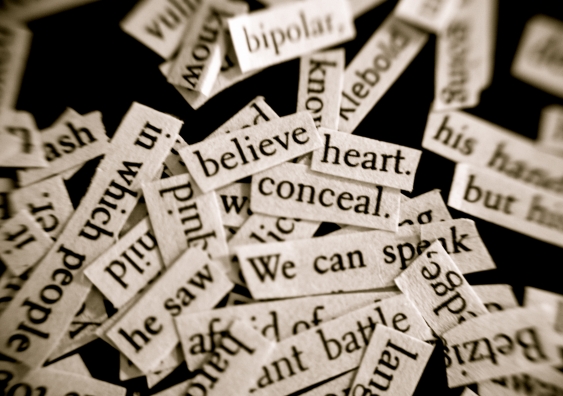 OPINION: This is a story about stories. Who writes them. Who owns them and what happens when the two things get muddled. It’s a story about true stories, life stories, stories written by amateurs and professionals. It sounds a warning to the growing number of readers who aspire to publish their own memoirs, and those who write the lives of others.

“Who owns the story?” is the question that lies at the heart of Sonya Voumard’s new book The Media and the Massacre, published this month to coincide with the 20th anniversary of Martin Bryant’s murderous rampage at Port Arthur in Tasmania.

In it, Voumard ponders the case of Bryant’s mother, Carleen, a woman widely reviled by genetic association for the sins of her son, but driven as a mother to tell her side of the story.

It goes like this. After two suicide attempts triggered by the reporting of the 10th anniversary of the massacre, Carleen Bryant writes a 15,000 word memoir of her life before and since that terrible Sunday, April 28th 1996, when Martin Bryant slaughtered 35 men, women and children.

She is not a fluent writer, so friends suggest she seek help from professionals. A literary agent is found, and a journalist, Robert Wainwright of The Sydney Morning Herald is recommended. A $200,000 book deal with a major publisher is mentioned.

Ms Bryant forwards a copy of her memoir to Wainwright, but there are hiccups early on when he passes it on – allegedly without her knowledge – to her daughter, seeking the daughter’s involvement in the project.

A June 2007 meeting in Hobart, at which Wainwright’s wife – another Herald journalist Paola Totaro – joins the writing team, smooths over the trouble. However, when the journalists’ nine-page draft outline of their proposed book – entitled Martin My Son - arrives, relations deteriorate rapidly.

In Voumard’s words, Carleen Bryant became “convinced that the story they (the journalists) wanted to tell was not hers but theirs”. In October 2007, Bryant withdrew from the project, and requested that Wainwright and Totaro return her personal documents and other materials. They did so some months later, by which time all contact between the parties had ceased.

There was, therefore, as Voumard tells it, considerable surprise on the part of Bryant and her friends when, in May 2009, Wainwright and Totaro published Born or Bred? Martin Bryant: the making of a mass murderer. In it, they included at least 29 extracts from her as yet unpublished memoir, allegedly without her permission.

The ins and outs of the legal proceedings that followed cannot be briefly summarised. They are, in any case, subject to the confidentiality clause of an out of court settlement. Bryant also complained to the Australian Press Council, the Media Entertainment and Arts Alliance (MEAA), the Sydney Morning Herald and Fairfax Books claiming breach of copyright. But the publication and sale of Born or Bred? was not impeded.

Voumard, a Sydney-based former journalist and now a writer and academic, and some of the people she quotes in her book, including the criminal lawyer Greg Barns and Ms Bryant’s lawyer Steven Lewis of Slater and Gordon, feel that an injustice was done. Wainwright and Totaro reportedly claimed they were given the memoir “freely and without caveat”, but in Voumard’s view, Bryant had simply agreed to the preparation of a draft outline.

The literary intersections of journalism, creative non-fiction, book publishing and “ghost-writing” are crowded, with a variety of conflicting interests but no single code of ethics.

Is a journalist bound by copyright laws when someone eager to tell own their story hands them their unpublished account of a highly newsworthy subject without conditions attached? Are they bound by their various journalism codes of ethics when writing books, rather than news stories?

As Wainwright and Totaro wrote in the preface to their book, it was Carleen Bryant who withdrew from “their” project, not the other way around. “When she withdrew, the project turned instead into a hunt for the truth and answers.”

This statement, however, sits awkwardly with what appears to have been a lack of any attempt at fact-checking with their albeit uncooperative star source in the months immediately prior to publication.

Voumard’s book, though far from perfect – neither Bryant nor the journalists could be persuaded to talk to her – it is a useful contribution to our understanding of these important issues and the questions they raise.

Although primarily focused on the Bryant-Wainwright-Totaro conflict, she engages with a range of other journalistic and literary approaches to reporting on violent crime, including Carol Altmann’s After Port Arthur(2006).

Voumard talks to a number of senior Australian journalists who reflect on the fact that Port Arthur inspired a new and more mindful approach to the impact of their craft when interviewing traumatised people – a theme later expanded on by Columbia Journalism School’s Dart Center Asia-Pacific.

As a journalist herself, Voumard knows where to look for the Fourth Estate’s ethical weaknesses, and is critical of her own.

“Not all journalists are the same …,” she writes. “At our best, we do good work – bear witness, seek truth, give voice, explain. At our worst we exploit our subjects.”

For Carleen Bryant, having her say via the agency of professional writers was a once in a lifetime chance to achieve a longed for public understanding of the cross she has had to bear.

As one of her close friends tells Voumard, Bryant

wanted to establish herself in the minds of the people of Hobart as she was, rather than as others believed. She wanted them to know that she wasn’t a terrible mother, or the mother of a monster, that she did her best in every way for her son, that she had a loving husband.

But when a story involves hot button issues like mass-murder, journalists’ ethical compasses veer toward the perceived “public interest”, an approach that is not known for its sensitivity to the feelings or views of anyone associated with the killer.

Journalists remain publishers’ first pick for ghost-writing assignments because they write quickly and colourfully, are not afraid of imposing a given meaning on a set of available facts, know what makes headlines and meet their deadlines. But for some stories, that is not the ideal approach.

Carleen Bryant lost the ability to say to others who she was. Her life story and that of her family had been appropriated, attacked, raked over and profited from by so many media organisations for so many years that her identity effectively disintegrated.

Ms Bryant, whose only son was sentenced to 1,035 years prison without parole, has spent most of the past 20 years living alone in a caravan park an hour’s drive north of Hobart. She eventually published her own book, My Story (2010), with a small, but empathetic Hobart-based publishing house

The publisher, Michael Ludeke, took the unusual step of inviting his new author to collect her book from the printers, telling her,

You should come and see this too. This is your book. The people at the printers would like to meet you.

A happy, if not perfect ending to an amateur life writer’s long struggle to be heard.