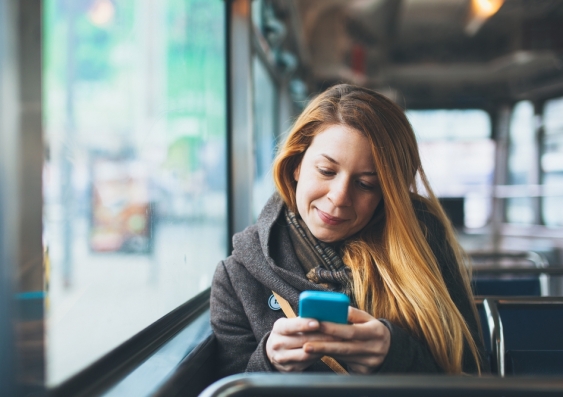 OPINION: This week, Victoria launched a campaign, “Hands Off”, in response to a 40% increase in reports of sexual assault on public transport.

The campaign – a joint initiative between Victoria Police, Crime Stoppers and Public Transport Victoria – will, over the next two weeks, publicly share images of alleged offenders online to encourage commuters to report them. This is accompanied by a new police unit that will focus on sexual offences on public transport.

In light of heated discussion about whether we’ve reached a turning point for generating substantial change, Hands Off is arguably a step in the right direction. It implicitly takes women’s experiences of public sexual harassment seriously by deeming them worthy of a criminal justice response.

To some extent, Hands Off brings Melbourne up to speed with cities such as London and New York. Both introduced campaigns and reporting portals for sexual harassment and assault on their public transport systems several years ago.

Yet, despite these positive elements, Hands Off ultimately misses the mark when it comes to responding to and preventing sexual harassment and assault on public transport.

Street-based or public sexual harassment is one of the most pervasive forms of sexual violence. Almost 90% of women have experienced it at least once. LGBTIQ+ people are also routinely harassed in public spaces.

Just over half of the 292 survey participants indicated they commonly encountered harassment on public transport. Experiences ranged from staring, prolonged unwanted conversation, groping, and rubbing up against someone. For example:

My typical experience of street harassment in Melbourne consists of excessive staring and unwanted attention/conversation by male strangers, especially on public transport.

Waiting for public transport to go to work, or walking to public transport it is not unusual to get leered at excessively, sometimes to have comments made, or to be engaged in unwanted conversation that clearly has a purpose behind it other than friendliness.

An also typical experience would be groping or rubbing on crowded public transport.

Perpetrators were often able to take advantage of public transport to create a level of ambiguity around the intent of their actions. Is someone intentionally rubbing against you? Or is it just an unfortunate outcome of a packed train?

While these incidents range in their legality and perceived severity, they can have serious impacts on women and LGBTIQ+ people’s sense of safety and freedom of movement in public space.

Some participants in my study greatly limited how and when they used public transport, often avoiding travelling alone or at night. A smaller number stopped using public transport altogether after enduring years of harassment.

And even when women are not harassed, they spend a substantial amount of time and energy planning for the fact they might be.

Is Hands Off on point?

Experiencing sexual harassment and assault on public transport can have a profoundly negative impact, despite some of these experiences being routinely trivialised. Campaigns that respond to these experiences are needed – and, in this sense, Hands Off is a welcome development.

However, in other respects this campaign falls short, and is perhaps unlikely to generate substantive, longer-term change.

Hands Off’s strong focus on apprehending individual offenders – while important in many respects – also runs the risk of perpetuating a “monster myth” approach to sexual offending. This means it frames a small number of particularly deviant men as responsible for offending.

Doing this fails to acknowledge the broad spectrum of problematic behaviours that women and LGBTIQ+ people experience. It also individualises a problem that is deeply embedded in our broader sociocultural beliefs and power systems.

Likewise, this initiative does not directly respond to the full range of harassing behaviours encountered on public transport. Hands Off implies a focus on physical touch and assault.

While it is vitally important to respond to these, it is less clear how or whether this campaign is inclusive of the more ambiguous and arguably more pervasive forms of harassment identified earlier.

To see this campaign meet longer-term success, additional steps that could be taken include:

Ultimately, such campaigns must work in concert to tackle the underlying power disparities and gender-based inequalities that underpin sexual harassment and violence.

Bianca Fileborn is a Lecturer in Criminology at UNSW.