Opinion Why Aboriginal people need autonomy over their food supply

The majority of food production is increasingly owned and managed by large corporations that have little, if any, regard for Indigenous sovereignty, write Karen Soldatic, Kim Spurway and Kelly Somers. 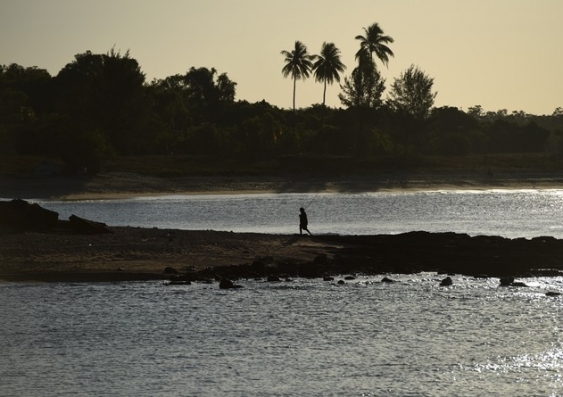 OPINION: Access to affordable and nutritious food is an ongoing problem in remote Indigenous communities. These areas have an artificially inflated cost of living due to cycles of mining boom and bust, and suffer from a general unavailability of fresh fruit and vegetables and other high-quality foods.

As well as the high cost of living, limited educational outcomes and work opportunities coupled with insufficient social services, including public transport, create chronic economic insecurity for Indigenous residents. Food is often the first thing to go when there is not enough money to pay the bills.

In our interviews, Aboriginal people consistently reported alleviating food insecurity by going crabbing or fishing on traditional lands. Though this accounted for a small portion of total dietary intake, our respondents greatly valued having some control over this part of life.

Yet this may be jeopardised by the policy direction of the state and federal governments.

Indigenous people living in regions such as the West Kimberley have systematically lost access to their lands and natural resources since colonisation. This loss of traditional hunting and fishing areas has constrained access to nutritious and fresh sources of food, resulting in poor health.

Healthy traditional foods have been replaced by western-style foods that are energy dense, replete with ingredients such as refined sugar and fat. Up to the 1960s, Indigenous people on missions and farms were often paid via rations of the worst nutritional kind: white flour, refined sugar and alcohol.

The outcomes included the most rapid growth rates of disability, chronic illness and physical distress.

The common history of colonisation and dispossession is one of the main social determinants of Indigenous health all over the world. One way to address the ongoing impact of colonisation on health outcomes is through self-determination.

But Indigenous food sovereignty relies on access to country and can mitigate chronic food insecurity to some degree. For Aboriginal people in Western Australia, this appears to be coming under threat with the state government’s moves to undermine native title and coerce people off their land.

Reverting back to the past

As part of a broader strategy to weaken native title in the state, the Western Australian government is attempting to push through amendments to the Aboriginal Heritage Act 1972 that will reduce Aboriginal people’s role in decisions about the preservation of cultural and heritage sites in Western Australia.

The government wants to shift decision-making power over these sites into the hands of the chief executive of the Department of Aboriginal Affairs. Traditional owners will have no right to appeal, and the chief executive is not obligated to consult them before making decisions.

The federal and state governments also intend to withdraw services to homelands that are no longer considered “viable”. These are located near traditional cultural and heritage sites. Many are subjects of native title or Indigenous Land Use claims and some are proposed sites of future economic development under the government’s National Food Plan (NFP) and Pivot North.

In order to claim native title, Indigenous people must be able to prove a continuous connection to land. “Existing use” of land is also a consideration in native title claims. By withdrawing services, governments are effectively pressuring Indigenous people off their lands – breaking their connection to country – and thus making land available for use by other parties.

Indigenous people in Australia are witnessing a discriminatory and race-based erosion of their rights … through the forced closure of Indigenous communities, attempting once again to separate people from their land and culture.

The clear message in the federal government’s food security policy strategies is that native title enjoyed by Indigenous Australians is one of the main constraints on market-led development and conceptualisations of food security.

The National Food Plan focuses primarily on economic development based on the idea that “Most Australians can afford to buy the food they need and can access safe and nutritious food” and that a “competitive and productive food industry” is needed in order to meet demand from not only Australian but also international consumers.

This policy direction is also clearly highlighted in Pivot North. The federal government proposes to develop the Kimberley region through intensive agricultural and irrigation projects based around the Fitzroy Valley and the La Grange Aquifer, and parts of the East Kimberley near Kununurra.

The report acknowledges that:

any future development of Northern Australia will require the engagement of Aboriginal and Torres Strait Islander peoples, not only as land owners but as participants and potentially partners and leaders in the development process

However, this is not reflected in the proposed solutions. The report highlights that:

Almost all of north Western Australia is subject to a native title claim or determination, as is around half of north Queensland and over a third of the Northern Territory.

So native title is seen as one of the key impediments to development.

The report calls for improved land use and access for developers, and in particular for more “efficient native title processes” that speed up decisions and settlement of land access disputes.

These kinds of policies have the potential to significantly impact on Indigenous people’s ability to access traditional food sources and sustain limited forms of food sovereignty.

The majority of food production is already in rural areas, yet increasingly owned and managed by large food production corporations that have little regard, if any, for Indigenous sovereignty.

Indigenous food security is not guaranteed through increasing agricultural production by large-scale transnational corporations. We must continue to focus on local Indigenous food knowledge and practices to advance Indigenous sovereignty of food and country.

Karen Soldatic is National Director of Teaching at UNSW. Kim Spurway is a Lecturer in Development Studies & Public Policy & Governance at UNSW.

Kelly Somers is an independent researcher and writer.