The lines between pop culture and criminal justice blur in our fascination with the unlawful. 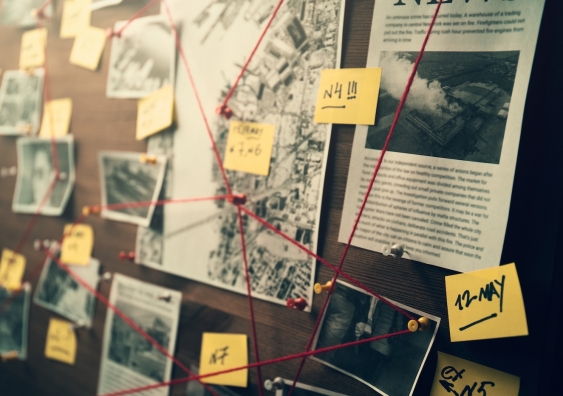 Our perceptions of crime and policing are influenced by the content we consume. Photo: Shutterstock.

Nothing makes for an engaging narrative arc quite like murder. As an audience, we can’t help but dive into the psyche of a perpetrator, delving into the victim’s past, and listen to the dedicated detectives who investigate these vicious felonies – and their stories.

According to Associate Professor Alyce McGovern, criminology lecturer in the School of Law, Society & Criminology, UNSW Law & Justice, our fascination with crime might stem from the desire to explore crime vicariously because so few of us have, and will have, that kind of personal experience.

“Most people don’t have direct engagement with crime in the real world unless they work in the criminal justice system or perhaps study criminology. Very few of us are and will be victims or perpetrators,” A/Prof. McGovern says.

Though our interest predates the many spinoffs of Law & Order that have graced our screens, A/Prof. McGovern says there has been an increase in the demand for crime content.

“There’s always a new true crime series or a new podcast from a police organisation, which suggests the demand from the public is growing. There’s never a shortage of material to consume, critique and unpack.”

She says people get their opinions about crime from what they read and listen to – whether it’s the news, social media, podcasts, documentaries or TV shows.

“It isn’t easy to measure the direct impact, but when you think about where we get our information about crime from, it shouldn’t be surprising that our perceptions of crime issues, victimisation and policing are influenced by the content we consume,” A/Prof. McGovern says.

From true crime to ‘copaganda’

In particular, the favourable promotion of law enforcement has been critiqued by some researchers as police propaganda – known in academic circles as ‘copaganda’. Whether intentional or not, such depictions may reinforce misconceptions about the functioning of the criminal justice system.

“Even in the retelling of true stories, the dramatisation can make it hard to determine what’s real and what’s been fictionalised for entertainment or persuasion,” A/Prof. McGovern says.

There are many surprising similarities in the portrayal of crime, whether fact or fiction-based, A/Prof. McGovern says. Both place considerable focus on the impact of violent crime, particularly murder.

“There’s a lot of focus on individual stories, and increasingly on the concept of an ‘ideal’ victim – someone who seemed to be blameless in their victimhood – which can reinforce certain misunderstandings,” A/Prof. McGovern says. 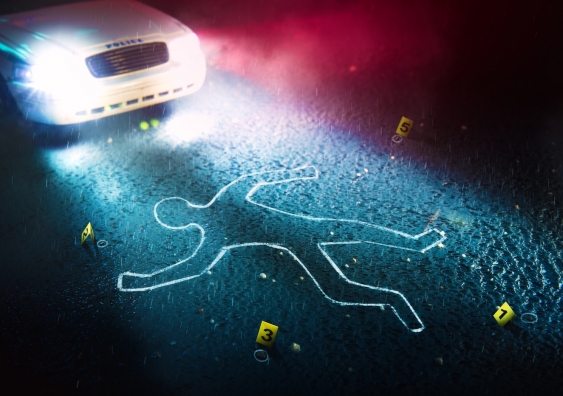 Violent crime gets considerable attention in media, both fact-based and fictional. Photo: Shutterstock.

Some lawyers have argued that a CSI effect – named after the exaggeration of forensic science in shows like CSI – may also be influencing how juries expect to see evidence in court cases.

This can have flow-on effects, particularly what the public expects and accepts in terms of policy and response to how we deal with crime in the real world, A/Prof. McGovern says. For example, the appetite for tough-on-crime approaches.

“Focusing on more serious, gruesome, disturbing crimes can impact people’s fear of crime, particularly ones that are least likely to happen to us. In some cases, it may also increase public harm,” A/Prof. McGovern says.

Read more: AI is creeping into the world’s courts. Should we be concerned?

An obsession only with the most violent and sensational can draw focus from more common crimes or systemic issues, such as the over-representation of specific populations in prison.

“There is less focus on structural problems that arguably need greater coverage but are not the unique, the unusual, the sensational – the things that stand out,” A/Prof. McGovern says.

While we can enjoy indulging in crime stories, A/Prof. McGovern says it’s also important for us to reflect critically on what we’re consuming.

“It’s important to be more conscious about what sorts of messages we’re absorbing and whether the content is doing enough to highlight some of the other issues we have in the criminal justice system.”