As a country we are hostile to those who are well-educated, argues Alecia Simmonds. 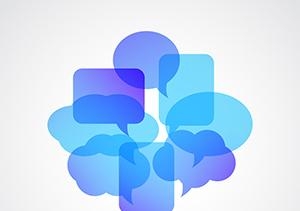 OPINION: In one of Federal Parliament's many wonderful moments of Orwellian doublespeak, Labor announced recently that it would fund education through cutting education. Yes, so much did Julia Gillard appreciate the years of research conducted by Mr Gonski that she thought it best to make it more difficult next time round for Gonski and other academics to conduct research. In case none of this is making sense, Gillard recently announced that Labor will pay for part of its Gonski schools funding reforms by cutting $2.3 billion from universities. Excellent!

This may sound mad, given that universities are Australia's third-largest export industry. Social function aside, our economy needs universities. But I can also see how it makes perfect political sense for Labor to pillage the ivory tower. It wouldn't make sense in most countries. But in Straya, we don't give a dead dingo's donger about academics. Universities make a perfect target because, like few other Western countries, Australia hates thinkers.

In contrast to France, where philosophers often grace the covers of Le Monde, and England where Slavoj Zizek writes regular columns in The Guardian Weekly. In Australia, we have Peter Hartcher on anti-Gillard autopilot and the bile-flecked bleating of shock-jocks like Alan Jones.

Each week I watch Q&A praying for an expert, begging for someone who knows what they're talking about. And each week I get Joe Hildebrand accompanied by a flurry of tweets by the emotionally unstable. In fact Nick Osbaldiston and Jean-Paul Gagnon recently found in their research on Q&A that only 5 per cent of panellists since 2008 had a research background. Even in an entire show devoted to education issues, Mr Gonski sat in the shadows while Pyne and Garrett proffered glib inanities and vapid insults. No one learned anything.

My problem is not that our public sphere harbours ill-educated members (like the imbecilic Andrew Bolt who never made it past first-year uni). I think we need commentators from all walks of life. The problem is that as a country we are hostile to those who are well-educated. We prefer home-spun wisdom to years of research. Our language is peppered with vitriol reserved for those who think for a living: "chattering classes", "latte-sipping libertarians", "intellectual elites" and now Nick Cater's most unlovely term "bunyip elite". If we want to emphasise the importance of something we say that the issue "is not just academic". Any idea that takes longer than a nano-second to understand is howled down. Or perhaps, more precisely, any idea that threatens conservative orthodoxy is consigned to the divine irrelevancy of the academy. I've never heard Tony Abbott be told that his Rhodes scholarship and privileged tertiary education meant he was out of touch with the common man. Calling someone an "intellectual elite" is simply a way of ridiculing those who think for a living about how the world can be a fairer place.

There's no doubt that Australia is a vast, sunny, intellectual gulag. The question is why. It's certainly not for want of thinkers. We're home to some brilliant minds, including Nobel-prize winning author J.M. Coetzee, cultural theorist Anna-Marie Jagose and legal theorist Martin Krygier. Yet how often do we hear them speak? Why aren't they chased down for their opinions on policy and social issues rather than wheeling out ageing politicians and professional laymen again?

Perhaps there's a link between the myth of Australian egalitarianism and anti-intellectualism. Australian history is popularly told as a story of democracy, equality and classlessness that broke from England's stuffy, poncy, aristocratic elitism. We're a place where hard yakka, not birth, will earn you success and by hard yakka we don't mean intellectual labour. Although, of course, equality is a great goal, we've interpreted it to mean cultural conformity rather than a redistribution of wealth and power. The lowest common denominator exerts a tyrannical sway and tall poppies are lopped with blood-soaked scythes. Children learn from an early age that being clever is a source of shame. Ignorance is cool.

There's also no room for cleverness in our models of masculinity or femininity. For women, intelligence equates with a dangerous independence that doesn't sit well with your role as a docile adoring fan to the boys at the pub. It's equated with sexual unattractiveness. And for men, carrying a book and using words longer than one syllable is a form of gender treason. It's as good as wearing bumless chaps to a suburban barbecue. Real blokes have practical wisdom expressed through grunts and murmurs. Real Aussie chicks just giggle.

It's not just a hostile public sphere that keeps thinkers at bay. Academics may also not want to enter public debate. And I can understand why. Firstly, they receive no rewards in terms of career advancement for writing for the public. And secondly, many may not want to engage with a knife-drawn public prone to Goldstein-style Two-Minute Twitter Hate Rituals. Academics are often timorous folk who specialise in showing the complexity of issues, not offering tweet-sized solutions. Social media doesn't democratise debate. It limits it to the resilient. Snark triumphs over insight, and commentary is reserved for those with voluminous folds of scar-tissue. Sensitive thinkers rarely fit this bill.

Ultimately, there is nothing elite about academics. Their wages are embarrassingly humble, they work ridiculously long hours and for most the aim is pretty noble – to create knowledge that will help make a better world. In a bizarre twist of logic exemplified by the short-lived Rudd mining tax, Australians have come to see elite multinational companies as having the same interests as the everyday person and academics as haughty public menaces. The former self-avowedly exists only for their own profits, the latter commits the crime of thinking about people.

It's no wonder Gillard chose to pick on academics. They're the perfect targets: too socially obscure to be missed and too loathed to be defended.

Alecia Simmonds is an Adjunct Lecturer in Law at UNSW.

The price of love