Europe, refugees and our obsession with borders will be the focus of a free public lecture by Francois Gemenne at UNSW on 15 March. 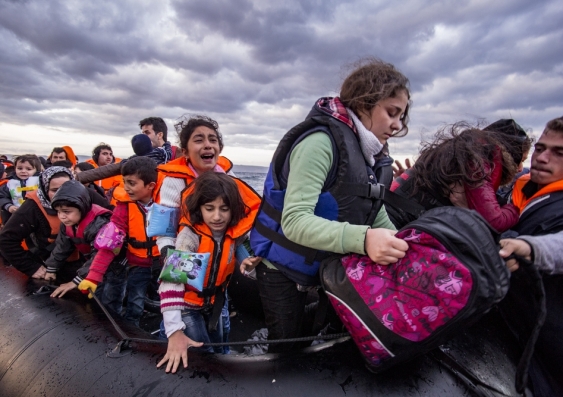 One of the world’s leading authorities on climate change and disaster-related migration, Dr François Gemenne, will deliver a free public lecture at the University of New South Wales (UNSW) on Wednesday 15 March, entitled ‘Europe, refugees and our obsession with borders: A crisis of political courage’.

Part of UNSW’s Grand Challenge on Refugees & Migrants, the lecture will focus on what Dr Gemenne describes as Europe’s crisis of political courage in the face of a major humanitarian crisis taking place at the doorstep of the continent.

“Last year, more than 5,000 migrants and refugees drowned in the Mediterranean as they were attempting to cross the external border of Europe. For more than a decade, the only joint common European response to migration and asylum has been the closing and monitoring of its borders,” Dr Gemenne says.

“Why is Europe unable to develop a common migration and asylum policy? What does Europe’s obsession with its external borders say about the continent and its political project? These are some of the questions that will be at the core of my talk.”

Dr Gemenne is a leading specialist in environmental geopolitics and migration dynamics, and is a scientific consultant for EXIT, a major new installation at UNSW Art & Design that holds a dramatic mirror to some of the immense challenges confronting the world today.

He has worked with displaced populations in New Orleans after Hurricane Katrina, in Japan after the Fukushima disaster, and in Tuvalu, China, Kyrgyzstan, the Maldives and Mauritius.

He is the Executive Director of the interdisciplinary research program Politics of the Earth at Sciences Po (Médialab) in Paris, and is a FNRS (National Fund for Scientific Research) Senior Research Associate at the University of Liège, where he is the Director of the Hugo Observatory. He also lectures on environmental and migration policies in various universities, including Sciences Po (Paris and Grenoble) and the Free University of Brussels, where he holds the Bernheim Chair on Peace and Citizenship.

What: Free public lecture, by Dr François Gemenne, ‘Europe, refugees and our obsession with borders: A crisis of political courage’