Opinion Why China will be watching how we commemorate Anzac Day

Like Australia, China traditionally commemorates those who served in war in April each year, and increasingly they do it via social media, writes Tom Sear. 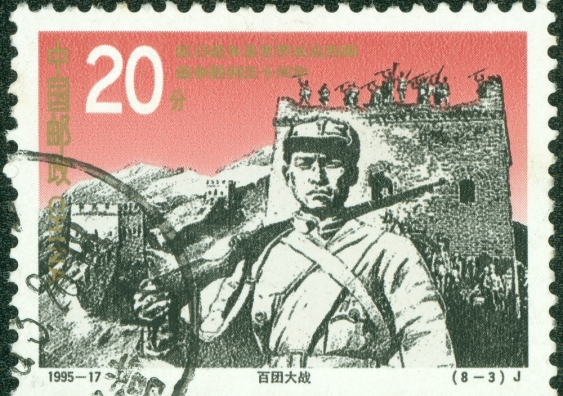 OPINION: When Australians commemorate Anzac Day this year, an unexpected spectator could be the Chinese government, which has recently adopted “western” war commemoration practices.

National holidays, ritualised mobilisations, and collective gatherings to honour war veterans have become a familiar part of western societies since the end of the first world war.

These events were not traditionally emphasised by the Chinese government. But since 2014, China has moved to construct a series of new national holidays to commemorate veterans and those who sacrificed their lives for their country.

Like Australia, China traditionally commemorates those who served in war in April each year. Qingming Jie (清明节) or “Tomb Sweeping Day” falls on 4th or 5th of April each year. Qingming, its origins in a story of cannibalism and accidental murder, is spent visiting ancestral graves, offering food, or burning money as offerings to the dead. Qingming Jie (清明节), sometimes referred to as “Chinese Anzac Day”, means “clear and bright”, and like Anzac Day is as much about the future as the past.

Since 2014, China has also constructed new national holidays to commemorate those who have died in conflicts. Martyrs Day (September 30) was recently added to the Chinese calendar as a mirror to Remembrance Day in the Commonwealth and Memorial Day in the United States.

December 13 has been confirmed as the memorial day for the Nanjing Massacre and September 3 to recognise the Japanese surrender in the second world war. The nation is gearing up for major centenary commemorations of May 4, 1919.

Most Australians know “Tsingtao” (青岛啤酒) as the home of a good beer. However, a century ago, as the long history of beer production suggests, the City of Qingdao, in Shandong Province, was an Imperial German Possession. At the Treaty of Versailles it was given to Japan. In Beijing, students rioted and the nascent consciousness of the Chinese communist party was born.

The way the past is commemorated has changed dramatically in the last ten years. Memory is now communicated, stored, and circulated in digital forms. The commemoration of past events is increasingly becoming connective.

Anzac Day is a case study of this change. In recent years, social media has played a key role in connecting the past with the present in new ways, both in relation to conflict and commemoration, and to the enfranchisement of wider communities connected by their engagement with past wars.

In the lead-up to Anzac Day there are millions of “Anzac and Gallipoli” searches in Google. The Gallipoli Campaign and the Western Front have been recreated in real time on social networks. #LestWeForget is tweeted hundreds of thousands of times. For a day, Facebook is splashed with red as poppy memes bloom in our feeds, or turns sepia as the faces of soldiers past or images that reveal a family history of service are shared. “Happy Anzac Day Selfies” have become common on social media.

Recreating history to serve the present

As historian Ian Johnson has observed, China is not immune to the presence of memory in the present. The Chinese government, Johnson argues, does “not just suppress history, it recreates it to serve the present”.

Xi Jinping, more than any other leader since the first world war, has emphasised tradition. The images featured in the “China Dream” advertising campaign hark back to the kitsch clay figurines of centuries old arts and crafts.

Use of WeChat for social interaction is now so prevalent that traditional practices like “Tomb Sweeping”; the burning of money and symbolic material goods, and pouring rice wine on graves are often experienced remotely via video conferencing on the app.

Marketplaces for simulated paper objects to burn for relatives to use in heaven now even feature iPads, phone chargers and wi-fi routers. Some cemeteries offer live-streamed remote worship with live crying set at 300 yuan for ten minutes.

Despite the perception, censorship of social media in China is not uniform and the regulations continue to evolve. However, it has widely been thought the Chinese government has been actively involved in “astroturfing”, that is, the practice of crowdsourcing what appear to be unsolicited comments to create influence. Such posts in China have become known as 50c comments, because of the rumour that posters were paid 5 jiao (角) or .08 US cents for each post.

China’s internet and social media are notoriously difficult to research. In a landmark study a US team has proven the existence of these posts, timing, content, and estimated their total volume.

Their study shows that digital technologies are central to all of these activities. Qingming and Martyrs Day are the largest target for what many argue are government influenced social media posts. It’s estimated there are around 750 million social media users in China, and the study suggests that the Chinese government encouraged at least two million people to post propaganda on social media as though it was real opinion.

By far the biggest spike of these posts occurs to commemorate those who sacrificed their lives for China on Qingming day and Martyrs day. “Many revolutionary martyrs fought bravely to create the blessed life we have today!” they read. “Respect these heroes.”

Qingming has historically been a time of protest. The US researchers suggest the massive volume of war commemoration posts are “consistent with a strategy of distraction”. Leaked emails from propaganda departments request 50c party members to “promote unity and stability through positive publicity”. They argue the strategy of the Chinese government is distraction because the key necessity is to stop discussions with collective action potential.

These shifts are not just of interest in Australia, but of international relevance. Nations like China have recently begun to establish new commemorative events around past conflicts of contemporary relevance, using practices apparently learned from western war commemoration, merged with existing cultural practices of ancestral worship, and accelerated by digital information activities.

Observing and analysing social media use in China, and studying the rapid and continuing evolution of these hybrid commemorative practices will be critical to understanding Chinese identity and ambition into the future.