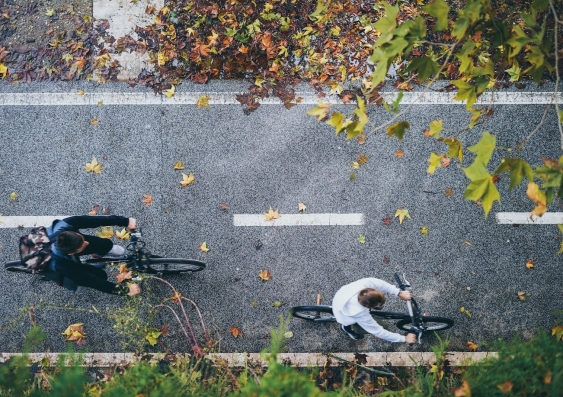 More cities are discovering the benefits of cycling lanes for their citizens. Photo: Unsplash.

You might’ve noticed more cycleways rolling out around town recently. Whether it’s a designated path alongside a main street or spray-on white lines and traffic cones cordoning off a portion of a back street, these car-free paths for cycling fans are becoming fixtures of street design.

Although cycling for everyday transport has been gaining traction for a while now, it can still cause a stir whenever plans for a new cycle path are announced. But when it comes down to the benefits of cycling lanes, it’s no contest, says UNSW School of Built Environment’s Dr Mike Harris, landscape architect and urban designer.

“When you look what cycling infrastructure does for cities, whether it be for congestion or the climate, or people’s well-being, it’s clear it’s hugely beneficial in many ways,” Dr Harris says.

Dr Harris says initial opposition to cycling lanes can come from misconceptions about their impact on motorists. Perhaps one of the biggest myths circulating is that cycling causes congestion.

“Cycling actually reduces congestion,” Dr Harris says. “You can move more people with bikes than you can with cars in less space.”

A study by the Greater London Authority shows bike lanes moved five times as many people per hour as car lanes. Locally, data from the NSW Roads and Maritime Services indicates cycleways in the City of Sydney carry more people in the morning peak hours than the adjacent car lanes of the same width.

“So much of our streets are already dedicated to cars,” Dr Harris says. “Separated cycle paths, in particular, ease congestion for those who need to use cars. So, if the goal is to reduce traffic congestion for cars in cities, then we need more cycling lanes, not less.”

Dr Harris says that a small shift to non-car modes of transport can impact congestion during peak hours. 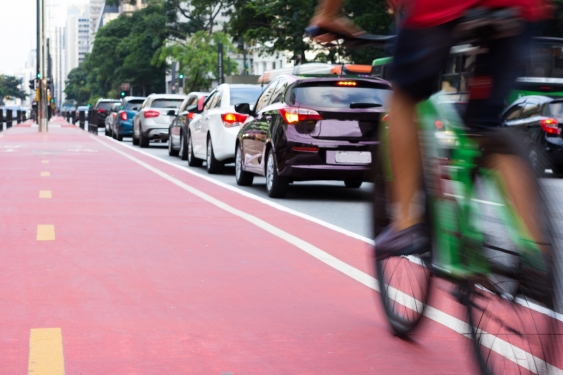 “No one is suggesting that everybody should ride bikes all the time. It’s about taking a portion of the general population who want to cycle out of the car lanes. That, in turn, gives space back to those who do need to use their cars,” Dr Harris says.

If 10 per cent of people decided to shift some of their trips to cycling, that’s 10 per cent fewer cars on the road for people who need to drive.

“Everyone talks about how much better traffic is in the school holidays. We could achieve that permanently with a network of separated bike paths,” Dr Harris says.

The transport system is also one of the largest sources of emissions in Australia. But when we opt to jump on our bikes instead, we help to reduce the impact on the climate.

Cycling infrastructure is good for business and traffic safety

“The research shows cyclists tend to spend more money locally,” Dr Harris says. “They buy things more frequently because they can easily stop and walk into a shop in a heartbeat.”

For individuals, savings – such as vehicle costs and parking fees – can be made by switching from driving to cycling commutes. But cycleways are also a value-for-money investment for cities. Some reports show replacing a car trip with a bike trip saves money for society.

“Cycling infrastructure pays for itself. Every kilometre someone drives a car costs the economy. But every kilometre cycled is of economic benefit to the community.”

“As rates of cycling increase, traffic accidents come down per capita, as more people become aware that cyclists are sharing the road. Having separate cycleways also improves cyclist safety and those numbers.” 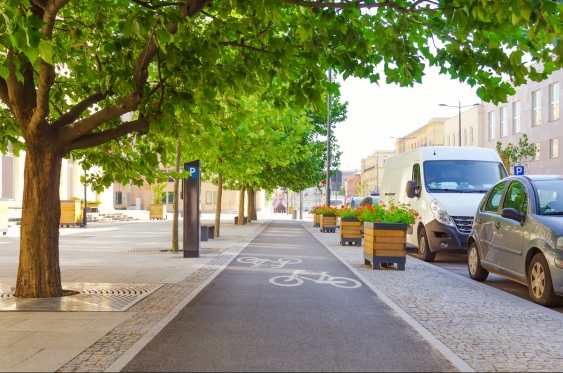 Dr Harris says the increase in bicycle sales during the pandemic shows that more people are becoming interested in cycling as a mode of transport. However, having strong bicycle networks is critical to achieving a significant shift to cycling long-term.

“At least half of the population say they would like to ride a bike for at least some of their trips. However, they’re only going to do so if there is dedicated infrastructure,” Dr Harris says.

Dr Harris says cycling lanes don’t deter people from accessing the city. Instead, they make it easier, particularly for those who live in neighbouring suburbs. For those who live further away, the combination of bike and trains can also make up for the extra distance.

“Instead of being stuck in traffic or trying to find a park, people get to enjoy being out in their neighbourhoods and their commute,” Dr Harris says. “The most impactful way to encourage cyclists to commute is to build separated infrastructure along main corridors into the city, connected to a broader network of back-street cycleways and low-speed streets in the suburbs.”

A question posed by cycling lane opponents is how new infrastructure should be funded. One suggestion is for annual cycling fees, similar to motorists’ annual vehicle registration. But Dr Harris argues existing measures are already in place.

“Funding for road infrastructure comes from general revenue, so everyone is paying for it whether you use it or not, including cyclists. It would be like asking pedestrians to pay a special tax for footpaths,” Dr Harris says.

“It’s arguably fairer if we allocate more of the road to those who would prefer to cycle.” 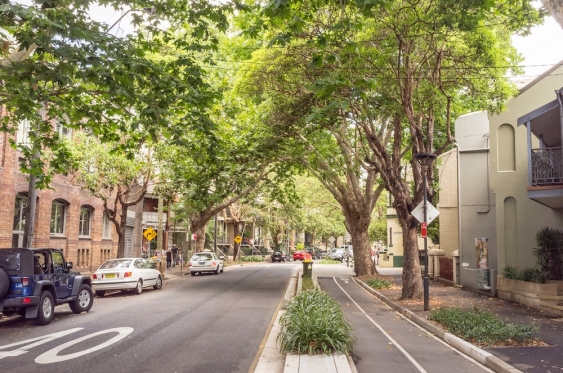 It might seem that cycling lanes are a clear choice, given the benefits. Indeed, a recent study by Dr Harris suggests that politics, rather than a lack of evidence, appears to be a key challenge to implementing more cycling infrastructure.

The rapid installation of ‘pop-up’ cycleways in response to COVID-19 shows how governments can work together and implement active transport policies when opportunities arise, Dr Harris says.

“Many cities used the opportunity to move ahead on projects and strategies, such as cycleways, pedestrian-friendly streets and outdoor dining spaces, and have seen their citizens embrace the changes,” Dr Harris says.

Dr Harris says it is always essential to consult and work through the implementation of such projects with locals, referencing recent decisions from the City of Melbourne to halt bicycle lane development as counterproductive in the long run.

“Cities that now have cycling as a prominent mode of transport had to very consciously plan and deliver a bike network over a few decades. Now the benefits are clear; quieter, healthier and safer cities,” Dr Harris says.

“So, cities should work diligently with residents and businesses to discuss their concerns and look for solutions like design modifications where needed, rather than give up on the whole strategy.”

“Certainly, better cycle infrastructure is central for that revival.”