Opinion Why Trump is right, and wrong, about killing off the TPP

The US and other countries are right to reject the TPP, but President-elect Donald Trump's claims about it are misguided, writes Elizabeth Thurbon and LInda Weiss. 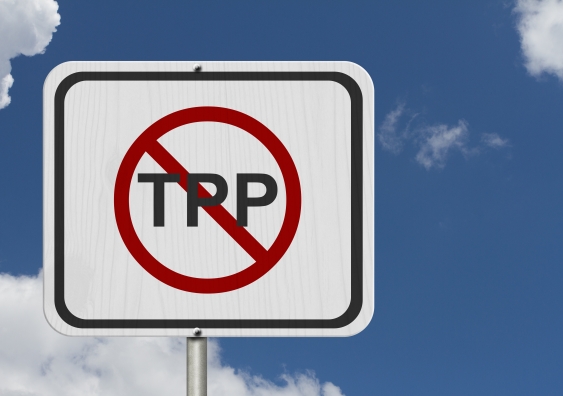 OPINION: President-elect Donald Trump is right: The Trans-Pacific Partnership(TPP) is a damaging deal and deserves to be killed off.

But he tells a half truth about why the trade accord among a dozen Pacific Rim nations is a bad deal. In Trump’s view, trade agreements like NAFTA have allowed developing countries to “steal” American manufacturing jobs and decimate the well-waged middle class. This is why he says that America should reject the TPP.

But shifting the blame for American joblessness and stagnant incomes obscures the more complex, largely home-grown pressures that led U.S. companies to offshore manufacturing production to low-wage jurisdictions. Promising to tear up certain trade deals and impose tariffs on imports (chiefly from China and Mexico) will do very little if anything to reverse the problem.

The real problem is that these agreements don’t actually do enough to support freer trade. We’ve been studying trade agreements and the political foundations of industrial competitiveness in the United States, East Asia and beyond - for decades. We have witnessed how so-called “free trade deals” have become less and less about opening markets and more about entrenching monopolies. Australia, where we’re based, is also a member of the proposed TPP and, like America, stands to benefit from the deal’s abandonment.

When Trump blames globalization for having “wiped out our middle class,” he misses the point that the main actors behind successive waves of globalization since the 1990s have been U.S. corporations themselves. And when Trump blames China (or Mexico) for stealing American jobs, he misses the point that it is U.S. companies that have been most aggressively downsizing their labour force and distributing production abroad.

Blame shifting also misses the point. It’s American corporations themselves, the key drivers of globalization (which have been the chief beneficiaries of this “downsize and distribute” approach) racking up “super profits” from what is effectively rent-seeking. They do this by exploiting - and aggressively seeking to extend - generous monopoly rights granted to them through intellectual property laws.

While Trump rails against America’s growing trade deficit with China, the reality is that the largest category of imports from that country (about 28%) is electrical equipment (for example information technology (IT) products) very often generated (designed, outsourced or contracted) by U.S. companies. These companies, like Apple, hold the patents, copyright and trademarks.

This has paved the way for some serious distortions in accounting. For example, recent research has shown that the full value of the sale of iPhones in the United States (which are assembled in China) are counted against China’s trade deficit with America.

In reality, China contributes only around 3.6% of the value of iPhone sales in parts and labor, itself importing the remainder of the more (and less) technologically advanced parts (from Japan, Germany and South Korea and beyond). U.S. companies contribute only 6% to the total parts and labor of an iPhone, but Apple takes the lion’s share of the final sale price thanks to its patent and trademark ownership.

So when an iPhone sells in the United States for about $500, only $159 of this reflects content imported from China. The rest goes to American firms. And while that $159 is counted against China’s deficit with the United States, China itself only accounts for $6.50 of that value.

Seen in this light, we should not be surprised that 55% of the price U.S. consumers pay for goods imported from China actually goes to U.S. companies. Following from this, were Trump to make good on his promise to slap tariffs on imports from China, this would effectively penalize many U.S. companies.

The related problem is that decades of downsizing the manufacturing workforce and moving production overseas have gradually denuded America’s industrial ecosystem whereby the networks of equipment makers, suppliers and manufacturers needed to turn innovative ideas into products are disappearing. As one of us has shown in research, extreme offshoring is not only undermining skilled employment in the U.S. but also putting at risk the innovation that has underpinned American technological dynamism since the end of World War II.

Consequently, it’s increasingly difficult to find workers with the skills necessary to make the technologically sophisticated goods associated with the better-paid jobs of yesteryear. For example Silicon Valley, the home of most U.S. technology companies, is now a misnomer since very few semiconductors, which are primarily made of silicon, are produced there. Indeed, a more appropriate name today would be “App Valley” – and apps are not exactly the basis for a vibrant economy.

So why abandon the TPP?

Here’s where free trade deals do come into it.

Successive American administrations have further reinforced this extreme downsizing process by pushing trade agreements like the TPP that pay lip service to market access (free trade). In reality, these agreements entrench monopolies and tie the hands of governments that would otherwise take a more proactive approach to building new advanced industries and upgrading existing ones with new technology.

The creation of the World Trade Organization in 1995 marked the first major shift in international trade deals away from those that prioritize freer market access and towards those that entrench monopolies through the award of generous intellectual property provisions – even at the expense of economic and social goals like encouraging innovation and protecting human health.

Subsequent reforms to the WTO’s intellectual property agreement (for example the trade-related aspects of intellectual property rights) gave governments at least some scope to redress the organisation’s most economically and socially distorting impacts. And the WTO’s Doha round of trade negotiations sought (albeit unsuccessfully) to focus attention on the primary issue of trade liberalization rather than further extending monopoly rights.

But the improvements being made at the WTO level are sorely missing from most bilateral and regional trade deals, especially those being driven by the U.S. Many of these - from the Australia-U.S. Free Trade Agreement to the now defunct TPP – have sought to further extend the monopoly rights of IP-protected firms. These are the very corporate actors that most aggressively pursue the “downsize and distribute” approach.

From Apple and Dell in the IT space to Pfizer and Merck in pharmaceuticals and Nike and Gap in clothing, America’s patent, copyright and trademark-rich businesses reap major rewards for their shareholders by aggressively reducing labor costs through outsourcing. They also do it through extracting monopoly rents from their patented and trademarked technologies and designs. As recent research revealed, this also has major, negative implications for corporate investment and wage levels in the United States.

A better approach to trade

Obviously, the promotion of rent-seeking by entrenching monopoly rights has nothing to do with free trade. But the reality is that, for the United States at least, this has become a primary goal of its “free trade” agreements.

This is why the United States should abandon the TPP – and why Australia should support its abandonment. Abandoning the TPP, and requiring our governments to focus their efforts on trade deals that take a prudent approach to market access and a tough line on rent-seeking - would be beneficial for both our countries.

Linda Weiss is a Professor of Political Science, University of Sydney.

What’s behind the Trump bump in markets

Australian companies to benefit from signing of TPP