Opinion Why we should go it alone on climate change

What if the negotiations in Paris later this month matter less than we think? There are lots of good reasons unilateral action to combat climate change might be a better option, write Christian Downie and Peter Drahos. 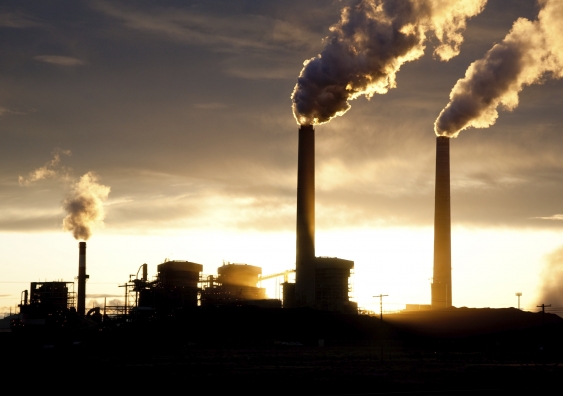 OPINION: In less than a month world leaders will gather in Paris in the latest attempt to address climate change. But what if the negotiations matter less than we think? What if all the hype and expectation misses the fact that states are going it alone on climate change? And not only that, given the urgency of the problem, unilateral action could be our best bet to halt rising greenhouse gas emissions.

Traditionally, we tend to think of climate change as a global collective action problem. The climate is a global public good that requires all nations to act together to protect it. The standard logic is that public goods will be undersupplied because all nations have an incentive to free ride on the efforts of others. For example, Australia can sit back, do nothing and let the US and China reduce emissions. That way we get all the benefits of a better environment, but we incur none of the costs.

Of course, if all countries take this position there will be no environment to enjoy. Which is why the countries have spent the last two decades negotiating. The only way we can protect the climate is to coordinate our actions together. For example, the US only promises to act if China and India reciprocate.

It is this logic of reciprocity that has driven the international climate negotiations since the Rio Earth Summit in 1992. There have been some huge successes such as the Kyoto Protocol in 1997, which set legally binding emissions targets for many countries including Australia. But even with the Protocol global greenhouse gas emissions have continued to rise.

In this context, it may seem irrational to argue for countries to take unilateral actions. In other words, to take actions to reduce emissions that are not contingent on other countries reciprocating and actions that are voluntary in so far as they are being undertaken without a threat of any kind.

A state that acts ahead of time is more likely to be able to shape events than be shaped by them.

Why should Australia reduce emissions if other countries have not signed onto a legally binding agreement to do the same? Why should we incur the costs?

We argue that there are three good reasons for nations to act unilaterally. What's more, many already are. As an example take the US and China, the two largest emitters in the world that together contribute around 44 per cent of global emissions. Neither country is under any internationally legally binding obligation to act, but they are moving and with increasing swiftness.

For example, in 2013, President Obama outlined his Clean Power Plan to reduce emissions from the power sector by 30 percent by 2030. This follows similar measures, targeting the transport, building and land sectors.

China has also taken a unilateral path. Its 12th Five Year Plan (2011-2015) has set nation-wide targets to improve energy intensity, carbon intensity, the share of non-fossil fuels in the economy, not to mention a series of pilot emissions trading schemes, all aimed at drastically reducing its contribution to climate change.

This is not to say that the US and China have not been spurring each other on. After all, President Obama and President Xi jointly announced new targets for addressing climate change in 2014. Yet their actions are not being taken on the condition of direct reciprocity. Neither country is under any internationally binding obligation to act. In short, they are acting unilaterally.

So what are the reasons for acting unilaterally?

First, it can be economically rational. Applying free-rider logic implies that it is rational to find enforceable ways to share the economic costs of reducing emissions. Acting alone is therefore irrational. But is this true? In the trade regime many countries in recent decades have opted for unilateral tariff reduction in order to increase their competitive advantage in the value chains that now straddle the global economy.

Further, a unilateral approach may provide a nation with a significant competitive advantage in international markets. There is good economic evidence to show that when nations implement environmental standards ahead of the pack, like Germany did in the 1990s, they give a nation's companies an early mover advantage in international markets. With many nations beginning to move on climate change, those that move first, second, third and so on are likely to reap the biggest gains. The global low carbon economy will be dominated by technical standard-setting processes that will cause profound restructuring of national economies. As most companies know it is better to be leader than a laggard in standard setting processes.

Unilateral action is also a prudent geopolitical strategy. Climate change will lead to crisis events, as the US Department of Defence has warned, and will threaten the survival of states themselves, including small island states in our region. Where survival is a dominant motive of states unilateralism is geopolitically rational and something of an imperative. And, a state that acts ahead of time is more likely to be able to shape events than be shaped by them. It is better to lead with ideas and regulatory models than to have them imposed.

Third, it is the right thing to do. To the extent that a unilateral reduction in emissions by any nation reduces the number of deaths and incidence of disease caused by climate change, it is morally superior to act than not to. The claim by some that the actions of one nation will make little difference is not justified. This line of argument confuses the moral correctness of an action with its scale effects. We do not, for example, question the moral correctness of actions by a few brave individuals that have saved only a small number of people from death in concentration camps.

To be clear, we are not arguing for nations to abandon the international climate change negotiations in Paris at the end of the year; far from it. They provide critical momentum to climate change action. But we should not wait for them either. It is in our economic and geopolitical interests to act now; others already are. It is also the right thing to do.

Peter Drahos is a professor in the Regulatory Institutions Network at the Australian National University and holds a chair in intellectual property at Queen Mary, University of London.