Opinion The wider learning’s gates, the greater the public pay-off 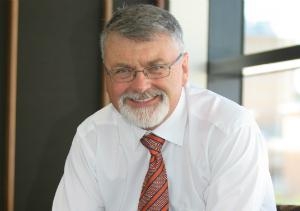 OPINION: Many of us in academia still perceive university as a gateway to lifelong learning. We judge the inclusiveness of society by the opportunity that we provide to our citizens to access its manifold benefits.

We extol freedom of thought and speech, see academic learning as their cornerstones and imagine universities as the institutional protectors of such ­liberal values.

Perhaps, though, in a Google world in which crowd-sourced (and often unprovenanced) opinions become the source of wiki-authority, our expectations have become too grand.

Those we teach often make more material assessments. Students routinely work out if it’s worth investing in a university degree. There is a range of websites that allow people to estimate the earnings value of a degree over a working life, apply an algorithm to compute the net present value of both financial and opportunity costs (using an online annuity calculator) and in quick-smart fashion assess the dollar return. “On average”, asserts one such American site, “getting a bachelor’s degree is just like paying $US126,000 for the right to claim extra earnings with a net present value of $US383,000”. (Thankfully in Australia the provision of low-interest loans under HECS-HELP and FEE-HELP shifts the equation decisively in favour of undertaking a university education.)

Education in this brave new world often appears to be just another variety of commercial transaction. The unspoken premise is that the offerings of university have a utilitarian value, based on the acquisition of predominantly vocational skills which, through improving labour force productivity, offer private returns to the individual.

Judged through instrumentalist eyes, one can make an economically rational decision on whether to go to university and, perhaps more importantly, which subjects to study.

Before we despair at the material values of Generation Y, let’s remember that they have learnt what we have taught. Ministers and, indeed, prime ministers, routinely quote figures from the Australian Bureau of Statistics to show the ­earnings advantage of acquiring certification from vocational and higher education institutions. Universities seek to promote their quality in a competitive environment, often on the basis of rankings that reflect the increased salaries that their graduates achieve.

Of course, the private gains are matched by public benefits. Estimating the relative returns to each is a crucial part of the evidence base that informs government higher education policy.

In addition, university-led research makes a major contribution to innovation, with benefits extending far beyond those that accrue to private sector funders.

Lateral Economics has estimated the economic value of Australia’s health and medical research. Using a 50-year simulation analysis they calculated a positive revenue-cost ratio of 1.66 and a health-based benefit-cost ratio of 3.37. One might expect similar returns on research in science and engineering.

Even in the arts and social sciences, where benefits are less quantifiable, it is reasonable to expect a positive turn on public funding.

The real danger is not so much that students, universities and governments seek to monetise the value of higher education but that the framework of evaluation is generally conceived far too narrowly. A university does create financial value but at the same time it also builds social benefit.

Universities UK recently contracted the New Economics Foundation to assess the social returns on investment in universities. Degrees of Value sets out the individual social outcomes that often accrue to university graduates beyond the financial rewards that they gain. These include being better able to manage finances, feeling healthier, being more tolerant, having greater capacity to form meaningful friendships, showing more political interest and exhibiting stronger independence.

These less quantifiable private benefits also contribute to public good. Social returns are achieved by the creation of a more civic and civil society, with higher levels of citizen participation, stronger interpersonal trust and more social cohesion. If you believe the methodological calculations of the report, the public value generated by these societal values is worth £1.31 billion ($2 billion). Frankly, I find the audit of benefits persuasive but the accounting unconvincing: the value of social mobility, for example, still falls back on measuring the uplift in graduate wages as its key financial proxy.

One profound finding from such studies is that the social benefits of university education are significantly greater to the extent that access to university is sufficiently wide to create a fairer and more meritocratic society.

Unfortunately, in Australia it is students from higher-income, less disadvantaged families who continue to be the most likely to gain the private benefits of education. The present level of participation by lower socio-economic status (SES) students, about 15 per cent, has remained virtually unchanged through successive governments.

Yet the greatest private, public and social benefits are achieved by increasing participation by lower-SES students. Relative to the outcome if they did not graduate from university, they gain more financially and socially – and so does society.Otherwise, as the Harvard sociologist Christopher Jencks mused back in 1972, the main function of a degree may be to “certify people who were different to begin with”.

It was the explicit social mission to be an open university serving its community which made it so easy for me to accept the position as chancellor of the University of Western Sydney. UWS has about 7500 lower-SES students, the highest number of any Australian university, representing 23 per cent of our domestic intake. Most are first in family to go to university. Better still, and against the trend, they have a higher retention rate than their better-off colleagues. That success has a positive influence on the distributional impact of higher ­education.Providing access to lower-income, disadvantaged students significantly increases social mobility, creating a more productive and cohesive community. Dollars invested in the success of a low-SES student provides a higher rate of private and public return that for their more advantaged colleagues.

I have no doubt that in time it will prove possible to measure more persuasively the dollar value of equal opportunity. Yet many of us recognise that in doing so we risk losing something more powerful.

What inspires, and what many of us seek to convey to students, is the ­importance of fairness and equity to the participatory ethos of a tolerant, open, respectful, engaged and democratic society. We know widening access to university can help ensure that an accident of birth does not determine destiny.

Peter Shergold is a Professor at the Centre for Social Impact at UNSW.