It aims to be the most sustainable Games in history, but will Tokyo 2020 break the Olympic record? 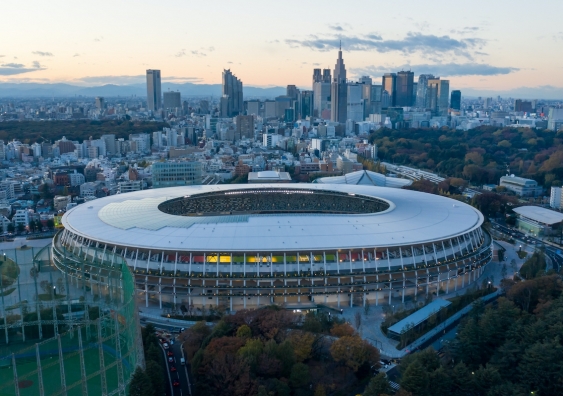 The recently constructed Japan National Stadium will serve as the main stadium for the Tokyo 2020 Olympic Games. Photo: Tomacrosse / Shutterstock.com.

With the Olympics and Paralympics right around the corner, all eyes are now on Tokyo. The host nation’s sustainability pledge has been pushed in the Games’ lead-up, with the theme ‘Be better, together - for the planet and the people.’ But will Tokyo be able to live up to the billing after the Games are over?

Dr Eveline Mussi, a construction management researcher at the UNSW School of Built Environment, says while many Olympics have marketed themselves as being sustainable, venues have a history of falling into limited use, or indeed no use, once the Games are over.

“Legacy and sustainability of Olympic sites has been an issue of increasing attention from the International Olympic Committee, especially since the Sydney Olympic Games in 2000,” Dr Mussi says.

“While it’s great to have all these principles for sustainability for the Olympic Games, we’ve seen that the real challenge is making sure these values become systemic and carry-on post-Games.”

Dr Mussi studied the social sustainability of Olympic sites in her PhD thesis. She cites Sydney Olympic Park as one of the best examples to date of post-Games management for its longevity.

“Sydney Olympic Park was the first Olympic site to commit to sustainability principles. In addition, it was the first site to have a multi-layered legacy plan for its post-Games development,” she says.

“Years later, it has still been considered by International Olympic Committee’s president Thomas Bach as the best-case scenario for legacy and sustainability for post-Games management with its residential area, business park and the recreation and sporting facilities increasingly active since 2000.”

She says the key to Sydney’s success was establishing the Sydney Olympic Park Authority, a statutory institution tasked with continuing the site’s development post-Games while upholding its commitments to sustainability.

“During each phase, there was a very strong focus on environmental sustainability principles, such as water management, solar power, remediation of a largely contaminated site. These principles remained strong [in] the post-games management of the site by the Sydney Olympic Park Authority,” Dr Mussi says. 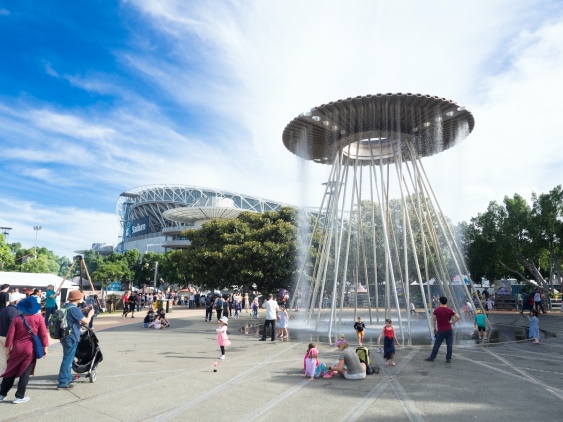 However, Dr Mussi also says community participation was not a strategy considered in the design and management of Sydney Olympic Park, which has impacted the effectiveness of sustainability efforts in neighbouring areas.

“The environmental principles remain a unique condition within the boundaries of the Sydney Olympic Park, whereas they’re of limited influence to the areas around it, including Newington, the early Olympic Village, which was the origin of the ‘green’ title to the Sydney Games,” she says.

“Nowadays, older residents struggle to maintain or be associated with the sustainability principles and values in the residential development, as the area continues to attract new residents who are not necessarily aligned to that environmental purpose and history of the site.

“This shows why post-Games management needs to be inclusive to ensure holistic sustainability.”

But not all games are the same. Like Sydney, there were plans for the Olympic site in Rio to become home to a residential area and a business park. However, those plans are yet to come to fruition, and the site has been closed since 2020 over safety concerns.

Dr Mussi says the handover of the Olympic site is critical. While the Olympic Committee manages the development of the sites, the facilities are usually handed over to another body to post-Games.

“The Olympic committees are formed to deliver the Olympic facilities and the mega-event. When the Games are over, these organisations are dismantled. So, the trick is [getting] the sustainability values to perpetuate and plans to be carried out without the same people to uphold them,” she says.

Dr Mussi says carefully managing the handover and ensuring they can carry out the post-Games management determines whether the sustainability and legacy visions for the site will be successful.

“When it comes to post-game management in the case of Athens and in Rio, a lot of political issues, unfortunately, got in the way of more coherent planning and transition management.” 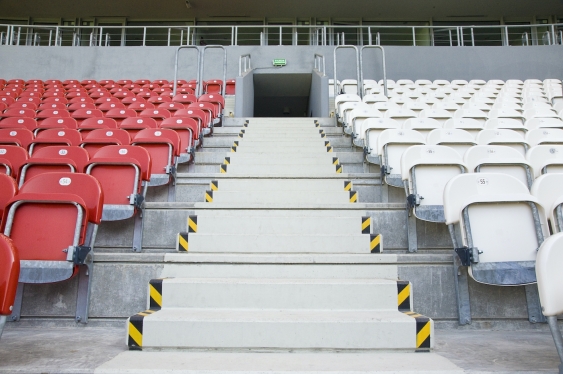 Despite plans, there is a history of venues lacking purpose once the Olympics are over. Photo: Shutterstock.com.

Tokyo has already overcome many challenges on the way to the Games, including postponement. Now, amid a new COVID-19 state of emergency, the Games will also go ahead without spectators.

With the delay, lack of crowds, and limited new venues constructed, Tokyo could have an easier time managing the transition into legacy use for its Olympic venues.

“One of the differences in planning for the Olympics and post-Olympics is crowd management. If the limited number of spectators due to COVID was already of consideration in the planning of the Olympic infrastructure for the Tokyo Games, that could perhaps make it easier to plan for the post-Games because of less spatial and transportation requirements,” Dr Mussi says.

The Tokyo Metropolitan Government plans to ensure seamless post-Games facility management, with a legacy plan for each new venue constructed. Dr Mussi says the success of the plans will ultimately come down to political will, but she is confident Tokyo can become the new flagbearer for sustainable post-Games management.

“It will come down to leadership in terms of how successful Tokyo will be in implementing their post-Games plan, and how much of the sustainability become part of its legacy,” she says.

“There are all the challenges, which we’ve seen in the past. But they do have a big opportunity to leave an incredible legacy for future Games to follow.”