Opinion Winners and losers of the Iran nuclear agreement

While America's allies Israel and Saudi Arabia stand to lose from the peaceful resolution to the Iranian stand-off, the causes of peace in Syria, Lebanon and Palestine have just been given a boost, writes Anthony Billingsley. 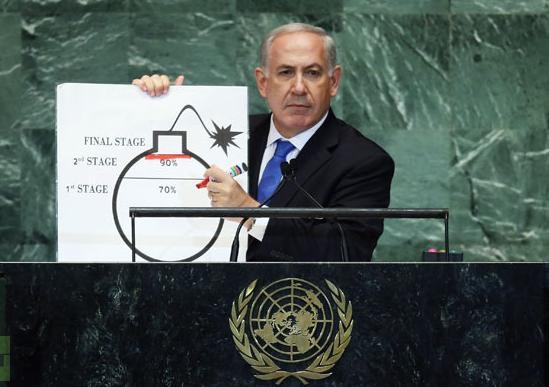 OPINION: The agreement between Iran and the permanent members of the UN Security Council plus Germany (P5+1) over its nuclear development program is to be welcomed. Whatever its shortcomings, it represents an important development in the politics of the Middle East and could have positive implications for the people of the region.

Under the agreement, Iran will freeze its nuclear program in return for a relaxation of sanctions that have caused great damage to Iran's economy and the livelihoods of ordinary Iranians. The agreement allows for extensive inspections by the International Atomic Energy Agency and sets the scene for measures that will reverse the more concerning aspects of the nuclear program and create confidence in the Iranians' peaceful intent.

While concern about Iran's intentions has been justified, attempts to moderate the situation have been rejected by the US and Iran. This has highlighted deep-seated strategic rivalry between Iran, the US, Israel and Saudi Arabia. Since before the 1979 revolution, Iran has been determined to gain recognition of a leading role in its region. This ambition was reinforced by the removal of Saddam Hussein's Iraq, its main regional competitor, from the equation by the US invasion in 2003.

The agreement will produce winners and losers.

Saudi Arabia had made no secret of its opposition to a peaceful settlement of the US-Iran dispute. The Saudis have been promoting their influence throughout the Arab world on the back of fear of Iran and Shi'a Islam. They have encouraged ever stronger American measures against Iran and have taken their rivalry with Tehran to Lebanon and to the battlefields of Syria where they have despatched men, money and weapons in support of extremist Sunni groups.

Saudi politicians have publically chastised the US for its failure to attack Syria and for negotiating with Iran. In their blustering, the Saudis have suggested that they might review their relationship with the United States - unlikely given the Saudis' security dependence on the US.

Israel is the other loser from the agreement. Prime minister Benjamin Netanyahu has campaigned for American military action against Iran. He has resorted to lurid arguments in favour of such action, including comparisons of Iran with the Nazis and alarmist predictions of Iranian nuclear weapons capability.

It's hard to think that Netanyahu believes his rhetoric. Israel's security establishment has made clear it does not accept the prime minister's alarmism. Retiring heads of Shin Beit and Mossad, the former armed forces head and former defence minister, Ehud Barak, have made clear they do not regard an Iranian nuclear weapons capability as likely for some years and do not accept the wisdom of military action.

Netanyahu's campaign against Iran is driven by his desire to maintain his alliance with right-wing elements in Israeli politics, especially pro-settler groups. It also helps to divert international attention from Israeli actions in the occupied Palestinian territories. According to Netanyahu, Iran poses an immediate and existential threat to Israel, other countries of the region, and the broader international community. It therefore follows,according to Netanyahu's logic, that a settlement with the Palestinians should wait until the threat from Iran has been dealt with.

In campaigning against the US-Iran negotiations Netanyahu has brought to bear all Israel's assets in the US, including the America-Israel Public Affairs Committee (AIPAC) as well as the US Congress, which, on issues relating to Israel, always follows AIPAC's lead. He now finds himself isolated and, to an extent, discredited. He has found that, despite his great influence in the US political system, when US interests are directly engaged, his influence shrinks. Moreover, the American Jewish community did not all support his approach. The organisation J-Street welcomed the agreement.

The agreement makes possible a number of positive developments in the politics of the region. From Iran's point of view, it may help to consolidate the power of the pragmatists in Iranian politics. Hard-liners have been kept at bay by the endorsement of the negotiations by Supreme Leader, Khamenei, and the weekend achievement should make it harder for them to pursue their opposition to improved relations with the US. The same process might become apparent in the United States where criticism from Congress has been muted following the agreement.

Syria and Lebanon may benefit from the change in the atmospherics in US-Iran relations. In both countries Saudi meddling has been a problem. In Lebanon, the Saudis have used their domination of the Sunni side of politics to prevent the formation of a government. At the same time, Iran has worked to bolster Hizballah in its opposition to Israel. Improved Iran-US relations may see pressure on the Saudis to change their behaviour in Lebanon with a reciprocal reduction in Iranian support for Hizballah.

Similarly in Syria, Saudi Arabia, with Turkish connivance, has supported extremist groups which now dominate the opposition. While the Turks are showing signs of changing their minds, the Saudis persist with a policy that adds to Syrian misery. Iran is the Al-Assad government's major backer in the civil war. A US-Iran rapprochement could require both parties to moderate their activities in Syria, an essential component of an end to the fighting.

Another potential beneficiary of the agreement is Palestine, which has suffered from the distraction caused by governments' concern about Iran. The desultory negotiations that have been conducted may now receive a boost with high-level American attention more firmly focused on the problem and the Netanyahu government no longer able to plead other concerns.

The above presupposes that the agreement between Iran and the P5+1 holds and that progress in the nuclear and broader political areas continues. The agreement's opponents will continue their attempts to frustrate progress but, based on the widespread support for the interim agreement, the opposition will be largely marginalised in the cause of a more peaceful Middle East.

Dr Anthony Billingsley is a Senior Lecturer of International Relations at UNSW's Faculty of Arts and Social Sciences.

Bombings in Iraq a sign of deep domestic problems