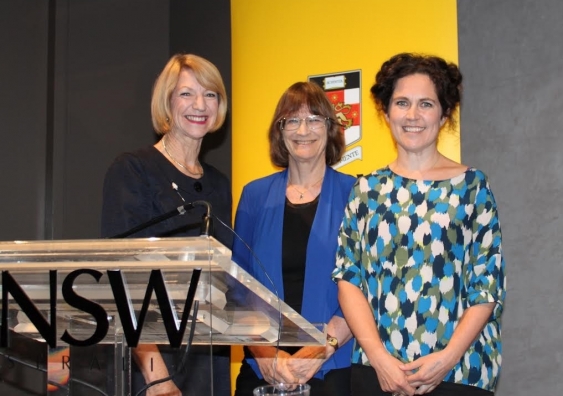 Almost 100 years after a “Pay for Housework” movement began in the UK, and 50 years since the second wave of feminism, women are still doing the bulk of unpaid domestic and caring work, according to internationally renowned expert in time-use research Professor Lyn Craig.

Commercial child care remains expensive, paid parental leave is inconsistent and women earn half the average superannuation men take home, said Professor Craig, in the first of the 2016 ‘So What?’ lectures held by UNSW’s Faculty of Arts and Social Sciences.

Professor Craig, who is the Director of the Social Policy Research Centre at UNSW, told a packed audience that Australia had made little progress on gender equality, in part because policy makers discounted the value of unpaid domestic and caring work.

“I know it’s customary to say we’ve come a long way but we’ve actually been stuck on this particular issue a very long time,” she said.

“It was presumed there would be generational change as more enlightened young men were brought up by feminists, and young women would be more likely to be educated and to want employment and to expect equality.

“But what has actually happened is that we are all doing more, or trying to. Work is very demanding, we are more worried about our children, and we are all stressed to the max,” Professor Craig said.

For example, nearly 40% of superannuation tax concessions go to the top 10% of paid workers, that is, mostly men, who do little if any unpaid domestic work, according to the 2014 Financial System Inquiry led by former banker David Murray.

“That is what can happen when unpaid work and care is invisible or disregarded, and the people who do least of it make the rules,” Professor Craig said.

In 2006, the ABS estimated the value of unpaid work was equivalent to at least 40% of Australia’s Gross Domestic Product. But internationally, many productivity measures still don’t include unpaid work.

For the past 10 years, Professor Craig has been analysing time-use data formally recorded in “diaries” in which people record everything they do over the course of a day.

Among other things, her research suggests that as more young women are working or working longer hours in the paid workforce, care for their children or other family members is transferring to older women.

“Grandmothers are giving up or cutting back on paid work to allow their own daughters to work,” said Professor Craig.

There is evidence too that men are working increasingly long hours and spending more time looking after their children, compared with men in other countries such as the US, South Korea and France.

“Australia is at the extreme end for both men and women,” said Professor Craig. “They have the longest total work of the seven countries I examined.”

The outlook for younger Australians is even worse, she said, because of the rising cost of tertiary education and housing, and the economy’s growing reliance on casual and contract work.

“It’s so expensive to be young, these days … age is joining gender as a major divide, with millennials likely to be worse off than previous generations.”

Professor Craig said research is needed to bring issues such as these to the front and centre of the policy gaze “because things that don’t get counted don’t count”.

UNSW commits to gender equity in response to COVID-19