UNSW and ACOSS report provides a baseline to measure the impact of the COVID-19 pandemic on poverty in Australia. 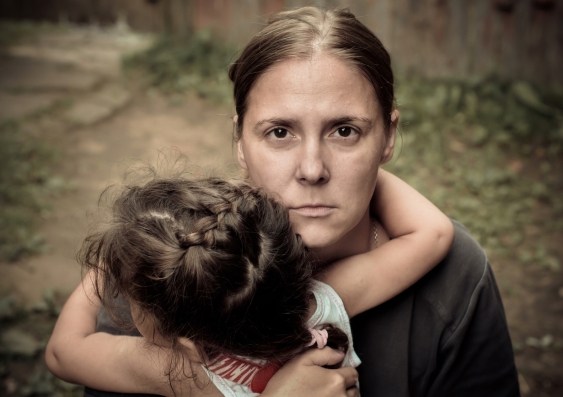 The report highlights the relationship between caring roles and poverty. Image: Shutterstock.

A new report by UNSW Social Policy Research Centre (SPRC) and Australian Council of Social Services (ACOSS) highlights the relationship between caring roles and poverty in Australia. Before the COVID-19 pandemic, households with a female main income earner and children were more than twice as likely to live in poverty as those with a male main income earner.

The Poverty in Australia 2020: Part 2 – Who is affected? report, released today, also finds that unemployed people were at greatest risk of poverty, with two-thirds of affected households living below the poverty line. The findings confirm, once again, the inadequacy of pre-COVID payments for people who are unemployed.

Associate Professor Bruce Bradbury at the SPRC, the report’s lead researcher, says this report shows the impact that a lack of paid work and having to rely on income support has on poverty.

“The high poverty rates among income support recipients in 2017-18 point to what will happen to a much wider section of the population if the current COVID-19 income support payments cease in September without an adequate replacement,” he says.

“As of January 2018, the single rate of Newstart [plus rent assistance] was $117 below the disposable income poverty line. Consequently, around two-thirds of households where the reference person was unemployed were in poverty after taking account of housing costs. Similarly, more than half of households relying on Parenting Payment were below the poverty line,” Associate Professor Bradbury says.

Director of the SPRC, Professor Carla Treloar, says this report shines a light on those groups most at risk of poverty in Australia and reveals its disproportionate impact on women and children and those who are not currently in paid work.

“The question is, now that we have the data, what will we do to provide the safety net that’s needed to lift these households out of poverty?

“We can see in recent months how doubling unemployment payments has dramatically improved life for people who have lost their jobs. It’s clear we must continue the action on income support, and devise solutions on housing and job creation to lift more people out of poverty.”

“Early indications suggest that women have been suffering some of the worst economic impacts of the current pandemic, and effective policy action is needed to ensure this does not translate into an ongoing reduction in female employment or an increase in poverty amongst women and children. A snapback on childcare or income support risks trapping single mothers and their children in poverty.”

Poverty rates vary a great deal among different groups. The main reasons for this are also three main drivers of poverty: access to employment, the level of public income support available to people with low or no incomes, and housing costs.

“People who were unemployed were at greatest risk of poverty, with two-thirds of affected households living below the poverty line, highlighting the gross inadequacy of the $40 a day unemployment payment pre-COVID. The doubling of JobSeeker as part of the COVID-19 response has transformed people’s lives. The government must now ensure that the pathway out of the pandemic is also a pathway out of poverty by setting a permanent income floor above the poverty line,” says Ms Phillips.

“The government can reduce poverty by permanently lifting social security payments above poverty levels, boosting jobs growth, investing in social housing and ensuring that childcare is available for all families who need it for the duration of the economic recovery and beyond,” says Ms Phillips.

The Poverty in Australia 2020: Part 2 report compares the impact of poverty on different people in the community, broken down by age, family type income source, and labour market and housing status. It includes estimates of poverty among people with disabilities and those from culturally and ethnically diverse communities. The report, which analyses Australian Bureau of Statistics (ABS) data from 2017-18, provides a baseline against which to measure the impact of the current COVID-19 pandemic on poverty in Australia.

Read the full Poverty in Australia 2020: Part 2 – Who is affected? report.