We must do more to find alternatives to the increasing use of imprisonment to address women's health and social problems, write Paul Simpson and Tony Butler. 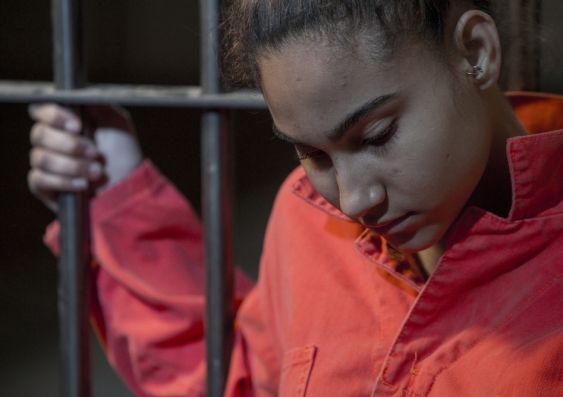 The tragic case of Ms Dhu, who died in police custody in Western Australia after being detained for non-payment of fines, has rightly led to questions about why these women are put in prison in the first place. Largely absent from this conversation are women who commit violent crime, and the lack of targeted programs in place to support them.

Incarceration rates for women have skyrocketed in Australia and elsewhere. Over the previous decade (2006-2016) in Australia the number of women sentenced for a violent offence increased by more than 50%. Violent crimes are typically offences that include force such as assault, homicide and robbery. While less common for women than men, they often attract a prison sentence.

Those with violent offences make up a significant proportion of the female prisoner population. In 2016, 39% of women in Australian prisons were convicted of, or awaiting sentencing for, violent offences. Aboriginal and Torres Strait Islander women were overrepresented in these statistics – 51% incarcerated for violent offences compared to 33% among non-Aboriginal women.

Are women simply becoming more violent, or are other factors driving the upward trend? While debate continues around these questions, it is clear some women respond to their circumstances with violence and find themselves in prison for it.

There is no question men commit most violent crime in Australia. Women, especially Aboriginal women, are overwhelmingly the victims of this violence. Not surprisingly, stopping men’s violence, particularly against women and children, is high on research and policy agendas.

But our understanding about women who offend violently is limited.

Globally, the treatment and rehabilitative needs of female prisoners with histories of violence have been neglected. Programs developed for men are often adopted or adapted for women. This is especially problematic for women who offend violently.

Growing evidence shows the motivations for, and consequences of, violence differ between men and women. This demands a tailored response.

Women may use violence for reasons commonly linked with men’s violence, such as retribution, jealousy and control. However, women who display violent behaviours are more likely than men to have experienced childhood physical and sexual abuse, have histories of trauma, and experience mental health and substance use issues. These are known risk factors for using violence against others in adulthood.

Women tend to know their victim, and in many cases report using violence in self-defence. Even in relationships where both parties use violence, women experience graver detrimental effects such as physical injury, depression and anxiety.

We recently conducted research with the assistance of the Department of Corrective Services and service providers in Western Australia. We found violence was an enormous presence in the lives of 84 incarcerated Aboriginal mothers in WA.

The majority (88%) had extensive histories of violent victimisation, along with experiences of abuse, trauma and substance use. Many (69%) reported using violence themselves.

Reacting with violence, frequently in response to an abusive partner’s violence, often resulted in serious consequences to the woman. This included injury to herself and others, removal of children from her care, emotional turmoil and imprisonment.

In our study, a number of women described being unable to secure parole because of histories of violence and being seen as a “risk” to the community.

But no program to address their use of violence was available to them at the time. Some spoke about wanting to take part in such a program to better understand why they used violence, and learn strategies to avoid doing so in the future.

The challenge is that unlike for men, there are few intensive evidence-based prevention programs designed to target women’s use of violence. Without these, women will inevitably spend more time in prison away from their children, families and communities. This has a devastating impact on future generations and may contribute to intergenerational offending

Most female prisoners are mothers and many have young children in their care when they go to prison. Studies highlight the damaging psychological and health effects on children who experience parental imprisonment. These effects are potentially greater among those who lose their mother to incarceration.

We are aiming to address the program gap in Australian prisons through implementing and evaluating a violence prevention and intervention program. Called Beyond Violence, the program could be effective for both Aboriginal and non-Aboriginal women with histories of violent offending.

Beyond Violence was developed in the United States. It is specific for women and uses evidence-based therapeutic strategies to reduce re-offending and substance use, and improve mental health, among women who have committed violent crimes.

The program has shown promise in international studies; our intervention will be modified for female prisoners in an Australian context. This will include ensuring it is culturally appropriate for Aboriginal women.

We must do more to find alternatives to the increasing use of imprisonment to address health and social problems and improve the options for diversion away from prison – for both women and men. It is also critical there are well-resourced community-based services for women – as both victims and offenders of violence – that keep women and children safe and prevent their contact with the criminal justice system.

We recognise that women who commit serious violent offences should be accountable for their behaviour. However, we have a duty of care to meet the specific treatment and rehabilitation needs of these women while in prison to maximise their chances of release and of not returning to prison.