New research shows children growing up in the most disadvantaged suburbs also lack the social opportunities to develop skills that would improve their prospects in life. 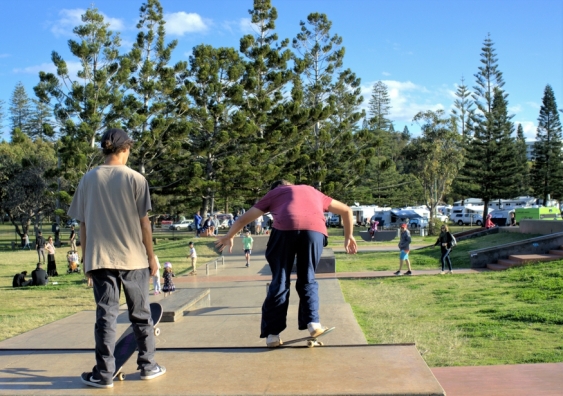 Australia as a nation has never been richer. But it is now also more unequal than at any time since the early 1980s. This inequality takes many forms, not least between suburbs and neighbourhoods. And our research suggests the few celebrated examples of famous Australians who emerged from disadvantaged neighbourhoods are the exceptions to the rule for children who grow up in them.

The Dropping Off The Edge research program, started by the late Professor Tony Vinson in the early 2000s, identifies the most disadvantaged suburbs and local government areas in each state and territory. This shows that as few as 3% of communities bear a disproportional burden of disadvantage. They are characterised by low rates of education and employment, and high rates of disability, criminal convictions and poverty.

Children growing up in these disadvantaged communities enjoy few opportunities for upwards social mobility when compared with peers in more affluent suburbs. And, significantly, the children of low-income families in better-off suburbs have higher aspirations and know what they need to do to achieve those.

Our recent research with young people in Sydney, Melbourne and Adelaide shows children in disadvantaged communities are not only more likely to live in poverty, but are also less likely to have access to sports clubs, libraries and other recreational and arts facilities, which those in more affluent suburbs appear to take for granted. Their schools are also less likely to offer extracurricular activities that enable young people to engage with others who live in different areas and have different life experiences.

While these “soft skills” can be learned in the home and in the classroom, they are reinforced and embedded in structured out-of-school activities. Parents who recognise the long-term benefits of these activities often invest heavily in their children’s participation in them.

While poor suburbs often abut more affluent suburbs with good opportunity structures, our research suggests young people in the disadvantaged suburbs do not often feel welcome there. As one girl told us when asked if she mixed with young people in the better-off neighbouring suburbs:

Her worry is that if her interactions with better-off counterparts end in a conflict, she will be accused of something.

Young people in better-off suburbs, on the other hand, regarded their less well-off neighbours as in need of remediation. When one young man was asked if he went to the youth club in the neighbouring disadvantaged suburb where they offered a range of short workshops (for example; hip hop or graffiti skills), he replied:

"Oh there, no! That’s for troubled kids."

These comments capture the social exclusion that keeps young people living in disadvantaged suburbs from connecting with young people in more affluent suburbs, or using facilities near them.

Not all poor kids live in poor suburbs. We talked with several young people living in low-income families in affluent suburbs who did take part in a range of recreational activities. Their parents struggled to pay registration fees, buy the right equipment and have petrol to take them to activities, but they were able to cobble together arrangements. Often the support of other parents helped with their children’s participation.

These differences in opportunities and aspirations underline how life chances are connected to young people’s community contexts as well as their individual and family situations. Young people’s perceptions of these contexts, the people they meet in their out-of-school lives and how they understand the possibilities of their own futures all have impacts on their capacity to take up opportunities.

In order to have equal access to opportunities that improve life chances, young people in the most disadvantaged suburbs need to have access to and feel welcome in the same opportunity structures that are available to more advantaged young people. This demands investment in recreational facilities and a focus on a culture of inclusion in these facilities. Redressing this problem also requires policies that reduce inequalities more broadly, so that progressively fewer suburbs can be defined as “dropping off the edge”.