A UNSW and Flinders University survey identified hundreds of young Australians who are caring for family members with mental illnesses, alcohol and drug addictions. 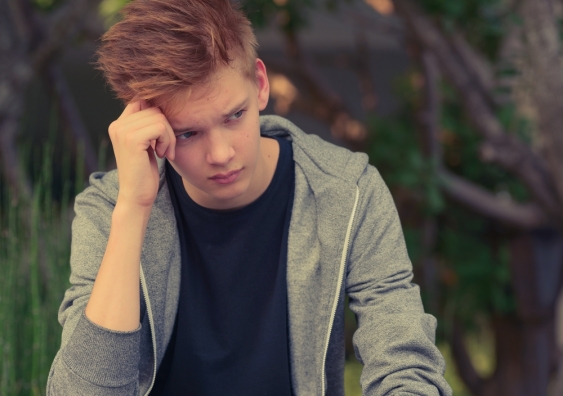 Young Australians providing care for family members with mental illnesses, alcohol and drug addictions are struggling to keep up with their studies, according to new research. The study by Flinders University and UNSW found the problem will continue without improved flexibility in schools and personalised intervention programs. The results of a national survey which included over 5000 children aged 8-14 identified hundreds of young carers. It compared their levels of school engagement with peers that don’t carry similar responsibilities on a daily basis.

The study was led by Senior Research Fellow in the UNSW Social Policy Research Centre, Dr Myra Hamilton, and Flinders University College of Business, Government & Law Professor Gerry Redmond. It indicates that young carers are in desperate need of diverse forms of support to ensure their unpredictable responsibilities don’t prevent engagement at school, especially because no single experience is the same.

“Previous research has shown young carers can be over a year behind their classmates in literacy and numeracy, and they have responsibilities which can adversely affect their life chances, health and well-being, and relationships so we need to understand why,” Professor Redmond says. “Our results show tailored programs focused on the needs of young carers are desperately needed to improve their school engagement, which is directly related to future outcomes.”

Dr Hamilton says despite evidence showing poorer school outcomes for these young carers and the challenges they face, programs designed to meet their specific family environment and educational needs appear to be lacking. “A personalised approach which includes the entire family and greater awareness and understanding of mental illness and drug or alcohol issues in schools, among teachers and students, could help make the school environment less ‘threatening’ for young carers,” Dr Hamilton says.

The federal government currently deploys programs and resources to schools, which raise awareness around young carers needs amongst staff and students and support their continued education. “Over the last two decades, a number of countries have invested more in a range of services for young carers, including respite, information, counselling, and group and recreational activities,” Professor Redmond says. He says while the current policies may be making a positive difference, the results in this study show more needs to be done.