Many people have questioned why laws designed to prevent child abuse could be applied to consenting activity between young people, such as sexting, writes Kath Albury. 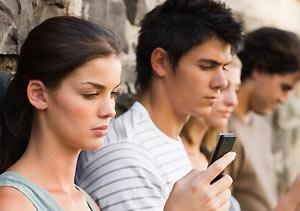 OPINION: While the age of consent to sexual activity is 16 in NSW, naked or semi-naked pictures of those under the age of 18 can be defined legally as child pornography, even when those who produce the images are also under the age of 18. Legal cases in Australia and overseas have highlighted the risks to young people who may face registration as sex offenders for participating in sexting.

The Young People and Sexting in Australia study sought young people's opinions of the legal and educational responses to sexting. The first thing we learnt was that many young people considered the word sexting to be an adult term, and they didn't see all naked or semi-naked images as sexual.

Young people said they took and shared pictures for different reasons. Some pictures were intended as private self-portraits. Some were jokes. Some were part of friendships or flirtations. They felt adults tended to overreact to many images. One young man said: "Teenagers joke around a lot; but the moment you mention anything sexual [adults will] probably jump on it straight away and say sexting."

Very few had discussed sexting in class. Most agreed education should emphasise harm reduction, rather than prohibition. One young woman said: "You're never going to be able to completely police it and I think people need to accept that, and they just need to work more on prevention and protection."

One group of young women felt existing educational material represented sexting as primarily a problem for girls. Young men and women agreed that this material overplayed the shameful or embarrassing aspects of sexting, but underplayed young men's ethical and legal responsibilities.

All wanted more access to factual information about their rights in cases where images were taken or shared without consent, and their legal and ethical responsibilities as they applied to naked or semi-naked pictures.

They questioned why laws designed to prevent child abuse could be applied to consenting activity between young people.

Dr Kath Albury is a Senior Lecturer in UNSW's Journalism and Media Research Centre, and the co-author of Young People and Sexting in Australia: Ethics, representation and the law.