Young voice on the UN

Natasha Butorac is one of 24 UNSW students selected to debate major international issues at the World Model United Nations Conference in Melbourne. 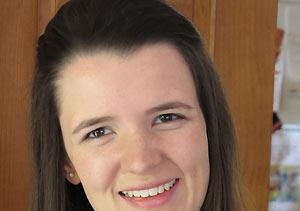 Natasha Butorac is one of 24 UNSW students selected to attend the World Model United Nations Conference in Melbourne.

Participants represent countries, organisations or leaders to debate pressing international issues in a simulated UN environment. The annual conference has been running for two decades and attracts more than 2000 students from around the world each year.

UNSW students from the Faculties of Arts and Social Sciences, Law, Medicine, COFA and the Australian School of Business will attend the conference.

Natasha, a third-year Bachelor of International Studies student and member of UNSW’s UN Society, will represent Australia at the inaugural Higher Level Youth Summit on the Millennium Development Goals. She is one of only 20 international delegates to take part in the select committee.

The eight UN Millennium development goals, agreed to in 2000, range from halving extreme poverty to halting the spread of HIV/AIDS and providing universal primary education by 2015.

“There has been some criticism around the lack of progress towards achieving the Millennium Goals but I think they’ve given the world a positive direction towards helping the world’s most marginalised,” said Natasha, who will conduct research on NGOs and government organisations prior to the March conference to help re-evaluate some of the goals.

“I think we need to be mindful that we don’t just focus on India and China as emerging economic powers but consider the internal issues of those countries - poverty, human rights and poor working conditions.”

Natasha will spend part of this year on student exchange at the Paris Institute of Political Science and hopes to work in some of the marginalised areas of Africa when she graduates.

The resolutions from the Youth Summit will be presented to world leaders at the Millennium Development Goals conference in New York in 2015.