The future of Australia-India relations rests in the hands of the youth of both countries, writes Monika Barthwal-Datta. 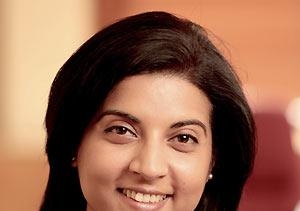 OPINION: At the end of the month, 15 young leaders (aged 18-35) from India will descend on Melbourne and Sydney to meet 15 of the best and brightest young leaders of Australia, at the Second Australia India Youth Dialogue conference.

They'll talk about critical issues in the Australia-India relationship and our challenges and opportunities. Most importantly, they will have the opportunity to interact and sow the seeds for strong relationships - as friends, collaborators and creative partners.

This engagement between young people in Australia and India promises to flesh out the bilateral relationship with personal interaction and understanding. For too long Australia-India ties have been confined to the narrow, public focus on uranium and students.

These issues are no longer the most pressing concerns for either country: Australia is now open to selling uranium to India, and has taken steps to address the safety concerns of international students. Bilateral trade is on the upswing, and India has become the fourth-largest export market for Australia. High-level officials have exchanged visits, and the first round of negotiations on the Civil Nuclear Cooperation Agreement is scheduled for March in New Delhi.

Our strategic value to each other in the geopolitics of the Indo-Pacific region has also become more obvious. As vibrant democracies, Australia and India are committed to the rule of law at home, and to peace and stability in the region.

The Australia India Roundtable, initiated by the Lowy Institute for International Policy in Sydney, has become an important mechanism for dialogue and a forum for discussing strategic and economic issues of mutual concern. The Australia India Institute, based at Melbourne University, has been working to strengthen Australian understanding of India through research and its outstanding annual conferences.

This newfound momentum, however, requires a new level of creativity and enterprise from both countries if it is to be sustained over the long term. It is here that the youth can play a key role in helping to shift old attitudes and find new avenues for collaboration and partnership.

India is a youthful country. Almost two-thirds of the population is under 30. In 2011-12, India was Australia's largest source of permanent migrants. Greater engagement with India's youth gives Australia an excellent opportunity to shape the attitudes of its emerging leaders and allow them to develop a deeper appreciation of Australia's political, economic, strategic and social concerns.

In Australia, already a growing number of young people seem to be taking interest in India - in its tremendous social, political, cultural and economic problems and potential. These include Hayley Bolding, Victoria Young Australian of the Year 2013 who at the age of 23 set up Atma, an NGO in India to support local groups in their efforts to give children a better chance at life through education. Hayley took part in the inaugural AIYD conference in India, and will be speaking to AIYD delegates at the conference this year, on a panel on social innovation. Jennifer Star, NSW Young Australian of the Year 2012 and another AIYD 2012 alumni, runs Tara.Ed, an NGO training teachers to promote sustainable quality education in rural India - an organisation she launched when she was only 21.

The AIYD, established in 2011, is the only initiative of its kind in the Australia-India space that seeks to bolster bilateral ties through the potential offered by young people like Bolding and Star and their counterparts in India.

The AIYD has already begun to elevate the bilateral relationship higher up the political agenda. Julia Gillard was the first to address AIYD delegates at the inaugural AIYD conference early last year, held in New Delhi and Mumbai, via a recorded video message of encouragement and support. She will be renewing her message to AIYD delegates this year. The future of Australia-India relations rests in the hands of the youth of these two countries. Their creativity, dynamism and openness of spirit gives much hope that through sustained dialogue, they are able to lay the foundations for a stronger, more positive and fruitful relationship between Australia and India.

Monika Barthwal-Datta lectures in International Security at the University of New South Wales. She is a member of the Steering Committee of the AIYD.