New Sydney startup Snappr, which pitches itself as the "Uber for photography", is off to a flying start after more than doubling its $200K seed funding target. 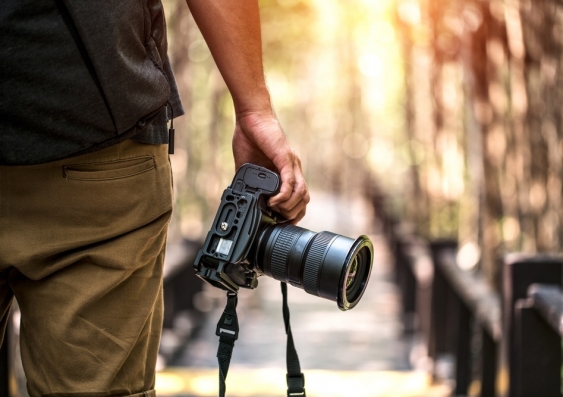 New Sydney startup Snappr, which pitches itself as the ‘Uber for photography’, is off to a flying start after being founded 60 days ago by UNSW alumni Ed Kearney and Matt Schiller.

Within 30 days of starting the business, they found themselves with an oversubscribed seed funding round, more than doubling their modest $200k target.

“The interest was overwhelming,” said cofounder Matt Schiller, who is a UNSW medical graduate and former McKinsey management consultant. “It has really defied what a lot of people say about raising startup investment locally.”

And all this was despite cofounder and UNSW Engineering graduate Ed Kearney landing himself in hospital with a broken leg in the middle of the round.

“Signing term sheets from my hospital bed in St Vincent’s was definitely a new experience," said Kearney, who has also been a professional photographer for more than 10 years.

Schiller outlined how they went about things: “In week one, we built out most of our MVP platform. By the end of that week we had customers. In week two, we nutted out a lot of our operations and started recruiting photographers. And in week three, we started talking to investors”.

The founders previously worked together to found and grow GownTown, Australia’s largest graduation retailer, which was completely bootstrapped.

GownTown operates at all Australian universities, including UNSW. The team also had a previous foray into the photographic industry with GownTown Photography, which targeted the graduations market.

Snappr is now in the process of building out its team and ramping up its marketing efforts. They are taking bookings in Sydney, Melbourne and Brisbane, with on-demand photography packages from $59.

The entrepreneurs are some of the first to take advantage of new start-up tax breaks, which are part of the Turnbull government's $1.1 billion innovation agenda. The policy offers up-front tax offsets of 20% to a maximum of $200,000 and 10-year capital gains tax exemptions.

The offsets and exemptions came into effect at the start of the new financial year, at one minute past midnight on Thursday. Schiller and Kearney were awake and waiting to click on the Australian Securities and Investments Commission website to close their $500,000 fundraising effort as the new year dawned.

"It's a bit like having the first baby of the year – we wanted to be the very first to take advantage," Schiller says.