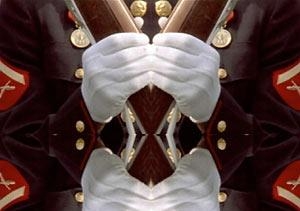 The grant, worth $15,000, was awarded by the National Association of Visual Arts under the Curator Mentorship Initiative for emerging curators .

Melbourne gallery Screen Space will mentor Pailthorpe, from the School of the Arts and Media, to develop a new-media based exhibition exploring the politics and aesthetics of military technologies.

Pailthorpe's work has been widely published and exhibited in Australia and internationally. He has spent the past five years researching how military technologies have become integrated into civilian life.

“Sophisticated technologies of surveillance, tracking and communication are in the pockets and purses of most people in the form of smart phones and other devices - they have become ubiquitous,” he said. “I’m hoping this exhibition will open critical dialogues about the seamless integration of military technologies in contemporary society and how they shape our experience of the world,” said Pailthorpe who holds masters degrees from COFA and Université Paris VIII.

International artists who consider politics, surveillance and cyber-hacking in their work, including Jordan Crandal, Mathieu Cherubini and COFA video-art lecturer, Denis Beaubois, will take part in the exhibition, to be staged next year.

Pailthorpe is a recipient of a UNSW Research Excellence Award. His doctoral research examines the spatial theories of German philosopher, Peter Sloterdijk, in the context of new media and contemporary warfare.

The artist’s impression of war