Opinion ASEAN summit: universities are our gateway to the region 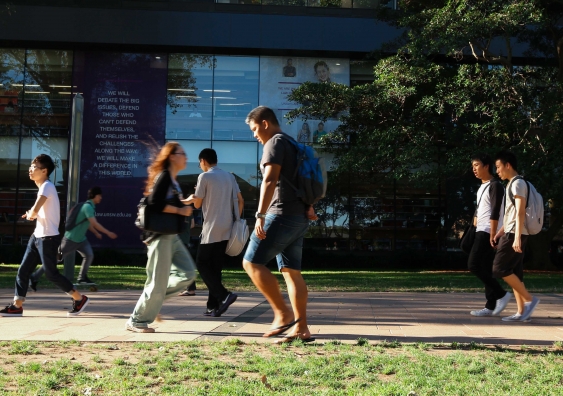 OPINION: As regional leaders gathered in Australia for the Association of Southeast Asian Nations (ASEAN) summit over the weekend, it was a good time to take stock of relationships with our nearest neighbours.

While each of the 10 ASEAN member countries is an economic partner to Australia, years of ­migration from Indonesia, Cambodia, Laos, Myanmar, The Philippines, Singapore, Thailand, Vietnam, Malaysia and Brunei have also forged strong cultural and social connections.

One area of particular growth is the sharing of knowledge and education. Australia is an increasingly popular choice for ASEAN students seeking a world-class education. Close to 100,000 students from ASEAN countries studied in Australia in 2016, making up a total of 19% of all international students here. Education-related travel was Australia’s biggest export to the ASEAN group in 2016, valued at $4.3 billion, making it first for total ­exports, not just services.

It is no secret that international students are important to Australian universities. Revenue from international student fees allows continued investment in life-changing research and cutting-edge infrastructure. But, equally, having international students on campus adds a rich dimension to the entire university experience. It fosters cross-cultural understanding, builds the networks which are crucial in helping us drive positive regional and global change, and creates well-rounded alumni, at home and abroad, as they advance their careers, often to positions of influence. 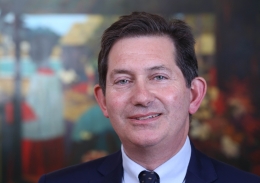 The University of NSW welcomed its first international students from Asia in 1952. It was the first university in the country to bring students in under Australia’s original Colombo Plan and, like other universities across the nation, it is an active participant in the government’s New Colombo Plan. Between 2014 and this year, the plan supported more than 13,500 Australian undergraduate students to study across the Indo Pacific region, including in ASEAN countries.

UNSW experienced a 5% increase in ASEAN students between 2016 and last year, rising from 2665 to almost 3000. The greatest growth was from Myanmar, followed by Cambodia, Laos and The Philippines.

The increasing Myanmar student cohort, which grew 22% between 2016 and last year, reflects the role universities can play in supporting burgeoning ­nations. As Myanmar transitions to democracy, UNSW works with local scholars and policy thinkers on how constitutional law and reform can bring greater social and economic benefits.

And in health care, UNSW’s Kirby Institute partners with the University of Medicine 2 in Myanmar to help build medical education, increase the research capacity of local clinicians and enhance the country’s ability to combat diseases including HIV, tuberculosis and malaria.

The Australian higher education sector has programs and partnerships like this across many nations. The demand for Australian education is at record levels due to a range of factors, including the strong reputation of our institutions for academic excellence, rising incomes across the region and continued investment of cultural capital in education among that region’s middle class.

UNSW experienced a 5% increase in ASEAN students between 2016 and last year, rising from 2665 to almost 3000. The greatest growth was from Myanmar, followed by Cambodia, Laos and The Philippines.

It is also for those reasons we have seen the boost in student numbers and research partnerships with China. Its success has been a major factor to Australian economic prosperity over the past three decades and universities and other institutions have ­embraced the national policy of engagement with China, resulting in many fruitful outcomes.

Today, Australia has some of the world’s largest communities of international students. UNSW alone has 20,000 students from more than 120 countries. We have unprecedented demand from ASEAN countries as Australia is increasingly recognised as a strategic partner, not just for trade and regional stability, but for ­social, cultural and knowledge-sharing reasons.

At 50, ASEAN has matured in its role as a force for peace and co-operation across our region. As the equivalent of the fifth-largest economy in the world, with more than 630 million inhabitants, we have, at our doorstep, boundless opportunity for even greater engagement, the mutual benefits of which can be profound.

Professor Ian Jacobs is President and Vice-Chancellor of UNSW and Chair of the Group of Eight universities.