ASPIRE schools project in the running for a $500,000 Google grant

A UNSW program that introduces disadvantaged school students to university is competing to win half a million dollars in an initiative celebrating the transformative power of technology. They need your vote. 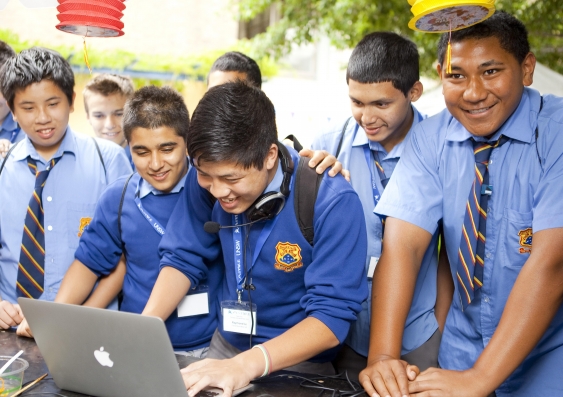 A UNSW program that has introduced thousands of disadvantaged school students to the world of university stands to win a $500,000 grant after being selected as one of just 10 finalists in a Google initiative celebrating the transformative power of technology.

ASPIRE UNSW was today named among a select field of finalists in the Google Impact Challenge Australia, which awards a half-million dollar grant to four projects that aim to change the world through technology. Vote now.

“In a digital age, a young person’s potential shouldn’t be limited because of a lack of access to information or resources and opportunities taken for granted by others. Yet we know this is the case,” said Dr Ann Jardine, ASPIRE director.

The project, which will also feature a Career Pathways Planning app to help guide students through the complexities of applying to and starting university, will initially target some 3,500 students in Years 4–6 and 10–12 at ASPIRE partner schools across NSW.

ASPIRE Hangout aims to build on the program’s outreach successes to date, with over 20,000 students passing through ASPIRE’s workshops, on-campus taster days and residential programs since 2007.

University offers to students from ASPIRE partner schools have increased 28% since 2010.

On 14 October the ASPIRE Hangout team will make its pitch to a high-profile panel of judges including former NewsCorp Australia CEO Kim Williams, cricketer Glenn McGrath and Maile Carnegie, director of Google Australia and New Zealand.

Winners will be announced on the same day, with the judges to select three projects and a fourth to be determined by an online public poll which opens today.

The grant would be a major boost for ASPIRE, which is currently fundraising following the winding down of its federal government support. 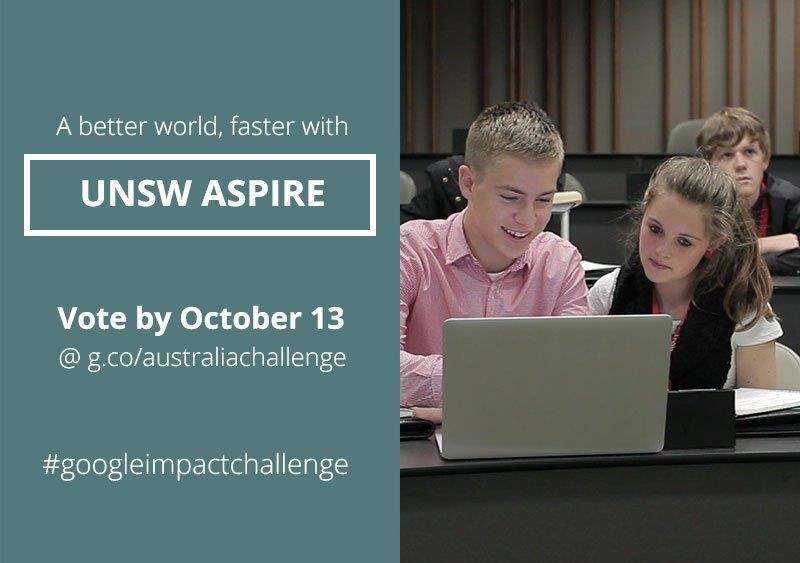 Transformers in higher ed and health headline PLuS Alliance symposium