'The Crossing', an adventure documentary produced by and starring Film Studies graduate Clark Carter, will premiere at the Sydney Film Festival. 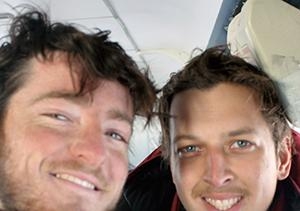 The Crossing, an adventure documentary produced by and starring Film Studies graduate Clark Carter, will premiere at this year’s Sydney Film Festival.

Described as a “21st century boy’s own adventure”, the documentary follows Carter and fellow adventurer Chris Bray as they attempt to traverse the remote Victoria Island in the Canadian Arctic over two separate expeditions.

Filming themselves as they negotiated the harsh landscape, Carter and Bray were left at the end of their journey with more than 100 hours of footage and the desire to share their intensely personal and ultimately triumphant experience.

The Crossing is one of 10 documentaries in the running to win the Foxtel Australian Documentary cash prize of $10,000 at the Sydney Film Festival.

Attending a Q&A session hosted by festival director Nashen Moodley, Carter and The Crossing’s director, Julian Harvey, spoke to UNSW film students about the brutal process of editing down the footage and how they turned it into a compelling story of determination.

“It took us the same amount of time to produce the film as it did to complete the journey across the island,” said Carter, who spent 130 days on Victoria Island over two expeditions in 2005 and 2008.

Harvey, who did not take part in the trek, said he was inspired to make a film “that gave people a sense of the adventurers' world in an attempt to understand why they keep going”.

“There is a feeling of a boys' road trip throughout the story, and what really comes through is Clark and Chris’ incredible determination,” the director said.

What drew the pair to work together was their passion for adventure and their shared desire to “tell a good story” said Carter, who now works with Harvey at his film production company, Distracted Media.

“I asked myself ‘Why am I here’ every day of the trek. While the entire experience has been brutal, it has been ultimately rewarding,” Carter said.

The Crossing’s premiere on Thursday, 6 June is sold out. 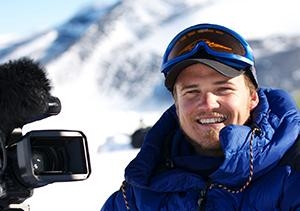 Outside the box: why American television history is worth remembering