Budding journalists get inside scoop

UNSW has hosted Sydney’s next generation of journalists at a Walkley Foundation event for final year media students. 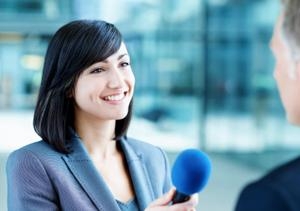 UNSW has hosted Sydney’s next generation of journalists at a Walkley Foundation event for final year media students.

The MediaPass Student Industry Day gives students the information they need to get into the media industry.

UNSW is the first university to host the event, a result of the Faculty of Arts and Social Sciences (FASS) partnership with the Walkley Young Australian Journalist of the Year Awards.

The event drew an audience of around 130 journalism students from universities all over Sydney and allowed them to gain professional insight from some of the nation’s foremost print, broadcast and radio journalists.

A wide range of topics such as employment advice, freelance journalism and how to adapt to a changing media environment were discussed by leading journalists Mark Dapin, Sarah Ayoub and Antony Loewenstein.

He emphasized the role of trade unions in improving the wages and conditions of journalists as: “a task that is absolutely vital now as the media industry undergoes massive transformation to digital technology and tries to come to grips with the complex fragmentation of our audience.”

Highlights included the young journalists panel discussion, where students were given practical advice on journalistic integrity and ethics, the challenges posed by new technologies, and how to handle sensitive situations.

Panellist Madeleine Genner, a producer at ABC, believes that being multi-skilled is important.

“TV and radio reporters are increasingly becoming the same thing. It’s not about being excellent at both, but knowing how they work is important.”

Despite the numerous obstacles facing the next generation of journalists, Warren said, “journalism has the potential to be more timely, more relevant and more exciting with these new technologies.”

Ethics still a priority for journalists