Educator and Centre for Social Impact student Peter Cooley has won a national award for his training program reconnecting young Indigenous Australians with their culture. 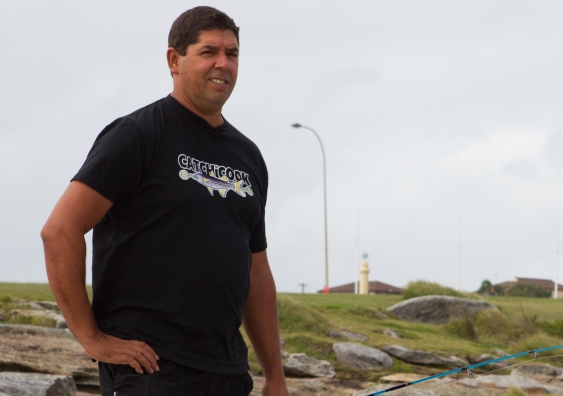 Educator and Centre for Social Impact student Peter Cooley has won a national award for his training program reconnecting young Indigenous Australians with their culture.

Peter, who is the first Indigenous student to undertake the Graduate Certificate in Social Impact, has received an Economic Development Australia Award for his program ‘Catch N Cook’, which he runs through his social business, Koori Communications and Training.

Peter developed the Catch N Cook program eight years ago when he noticed the young Aboriginal people in his La Perouse community were no longer being taught how to fish and collect seafood like he had been when he was growing up.

The week-long program teaches participants traditional fishing methods and how to look after their fishing equipment, which they can keep afterwards.

Peter feared many young Aboriginal people were losing touch with their cultural identity, and as such, encountering many problems later in life, such as crime and suicide.

“I am a big believer that cultural education can assist in addressing those issues. A lot of our people are losing their way because they don’t have the tools to connect with their cultural identity,” Peter says.

The program has now diversified and is offered to tourists and school groups as part of Sydney Aboriginal Tours while also providing employment opportunities to local Indigenous communities.

This year Peter also established a new social enterprise, Bare Hands, to be run through this charity, First Hand Solutions. Launching in December, it will focus on developing Aboriginal tourism and promoting the inter-generational sharing of knowledge in Aboriginal communities.

Peter says the skills he is gaining through the course are directly benefiting his businesses and programs.

“Studying for the Graduate Certificate has answered a lot of questions for me, like how I can find structure for my programs in a sustainable manner,” he says.

“The Graduate Certificate has also really opened my eyes and linked me up with the right people to allow me to expand and diversity my programs the way I have.”

A day in the top job