Victoria Hunt is using dance to tell the story of finding her Maori family and the cultural treasures stolen from them. 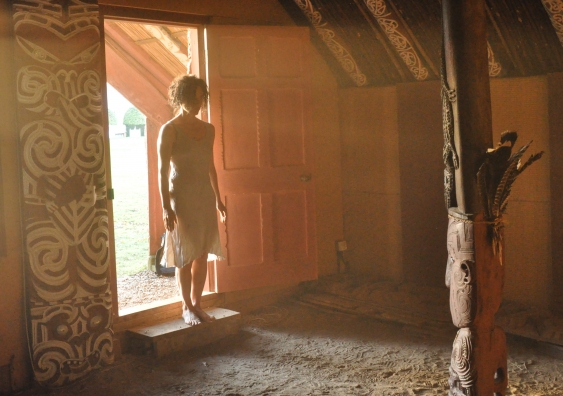 When a fire swept through an 18th-century stately home in Surrey, England in May last year, historians reacted with shock to the loss of 300 years of heritage.

Nearly the entire interior of the Clandon Park mansion – a National Trust property owned in the late-1880s by the 4th Earl of Onslow, which featured in the 2008 film The Duchess – was damaged by smoke and flames.

But on the other side of the world, amid the shock there was also a sigh of relief. Tucked away in the grounds of the mansion, another equally important building survived the fire.

Hinemihi, a Maori tribal meeting house taken to Surrey from New Zealand in 1892 by Lord Onslow at the end of his term as governor, remained untouched.

In truth, I would not have existed if not for Hinemihi’s shelter and protection of my ancestors.

It wasn’t the first miraculous survival for the small, elaborately carved wooden building. In the early hours of June 10, 1886, Hinemihi withstood the eruption of Mount Tarawera on New Zealand’s North Island. The eruption spread mud and ash over a wide area, burying about 150 people and several Maori villages. It also destroyed a series of nearby pink and white crystallised silica terraces, counted at the time among the natural wonders of the world.

Australian dancer and UNSW student Victoria Hunt has a special connection to Hinemihi. Her ancestors commissioned and helped carve the meeting house in 1880 and were among 60 people who sheltered inside the building as the volcano erupted.

“In truth, I would not have existed if not for Hinemihi’s shelter and protection of my ancestors,” says Hunt, who this year will deliver a 10,000-word thesis and a 20-minute performance piece for her honours project in dance at UNSW.

Growing up in Australia in the 1970s, Hunt knew little about her Maori heritage. Her decision to find out about her father took her on a journey first to New Zealand, then to the UK, a quest that would change her life and art.

The cultural inheritance and familial connections that emerged from that journey are at the core of her series of dance and installation works, Copper Promises, and her honours project. 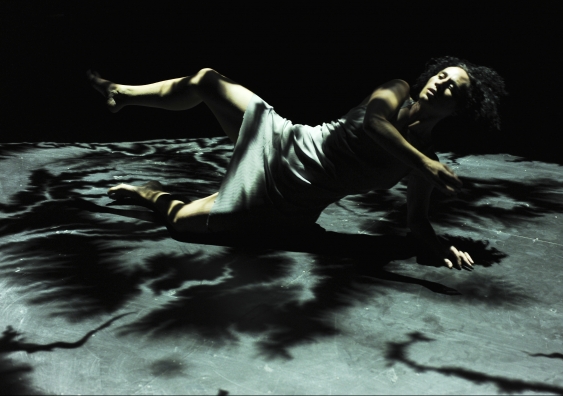 But her artistic endeavours began somewhere very different, in the photographic darkroom at a Queensland high school.

“I was given a camera when I was about 13 – it was just an instamatic – and I loved it,” Hunt remembers. “I could explore light and darkness, watch things appear and disappear … I was learning about what a camera can do in seconds, in fractions of a second, and what that does on the chemical surface of film.”

In the late 1980s, she travelled to Japan, working as a photographic apprentice and it was there she discovered another art form that would influence her work – the Japanese dance theatre of Butoh.

Back home, she came across BodyWeather, a contemporary method of dance training founded in Japan that has similarities to Butoh. Hunt signed up for one of its workshops, a “cathartic moment” in her career that led to a long collaboration with Australian choreographer and dancer Tess de Quincey.

As her work as an independent artist developed, Hunt’s Maori ancestry was always whispering in her ear. Her parents had separated when she was young and she had lost contact with her father. But she often experienced something she describes as an inner, spiritual feeling, as if she was being protected by her ancestors.

Sometimes, she would see a Maori person walking down the street and would begin to cry.

“It was a longing that started to come out,” says Hunt.

She dances the history of the house and her own history. But it is also a lament for a lost inheritance.

“I knew my dad was the youngest of 17 children and the family lived in Rotorua [in New Zealand]. I had been told my aunty had 22 children so it was a big, big family but I did not have much information about them.”

With a friend’s help, she traced an aunt and uncle to Rotorua from whom she learned the heart-breaking news that her father had died some years before. But she also found her extended New Zealand family and during her first trip to meet them she learned about one of her female ancestors, named Hinemihi, who lived more than 500 years ago.

“I was welcomed into the whanau [family] and that’s where I learned about Hinemihi,” says Hunt.

“The first I knew of her was when my relations took me to our ancestral mountain and lake – Tarawera. I’m from the tribe Ngati Hinemihi. I was introduced to tribal stories and ceremonies. They told me about ancestors and in particular about Hinemihi who was embodied in a meeting house a long time ago. My uncle was sad and kind of embarrassed when he showed me the empty grove in the paddock where Hinemihi had been. He told me, ‘She’s in England now’, and that I’d have to go there to visit my marae [meeting ground]. He told me all attempts to bring her back had failed.”

The 1886 volcanic eruption had turned the land around Hinemihi into a mass grave and Maori could not live there. Some years later, before he returned to the UK, Lord Onslow had an agent draw up a bill of sale for the building and the sum of £50 was allegedly agreed upon with Mika Aporo, son of Chief Aporo, the original commissioner of the building.

The validity of the sale has been questioned since at least the 1960s and Hunt’s family disputes the official version of the story. They believe Mika thought Hinemihi was being dismantled and taken to a museum space, which accords with an account he gave to The Dominion newspaper in Wellington in 1935.

The clash of the British idea of ownership and the Maori concept of gift giving is something Hunt examines in her honours research.

The house was shipped to Lord Onslow’s estate at Clandon Park, where it now sits 60 metres from his descendants’ burnt-out mansion. Both buildings remain in the care and control of the UK National Trust. 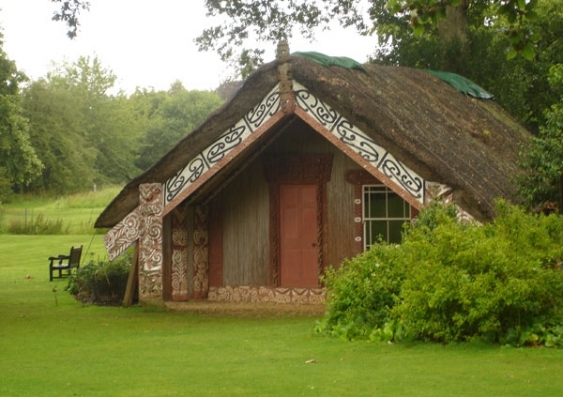 Although the meeting house was untouched, other taonga (or treasured things), such as a kiwi feather cloak and a dozen latticework panels kept inside the manor house, and the bill of sale, were lost to the flames.

In 2007, Hunt visited the estate for the first time, a visit that turned out to be both extraordinary and poignant. Hinemihi was in a poor state, with rotting wood panels, dirt and water on the floor and a hole in the thatched roof.

Her second visit was three years ago, when she returned to perform Copper Promises inside Hinemihi, a work she has also performed at Sydney’s Carriageworks and that later won her a Helpmann Award nomination for Best Female Dancer in a Dance or Physical Theatre Production.

It is through Copper Promises that Hunt says she has come to understand the depth of her cultural inheritance. She dances the history of the house and in so doing reveals her own history. But it is also a lament for a lost inheritance.

“It begins with learning and entering into the Maori world,” explains Hunt. “What is it to be of a place and of a people with deep cultural practices and rituals? With Hinemihi, all of the work that I make is honouring her.”

It has taken Hunt more than a decade to understand her Maori genealogy. Copper Promises and Hunt’s honours project are both ways of bringing Hinemihi back home, at least figuratively.

But in a very modern postscript, the fire at Clandon Park has started a conversation between the National Trust and Hinemihi’s Maori custodians about repatriation. Hinemihi may finally come home, physically, after all.