Fighting Chance a legacy of love

When JD student and NSW Young Australian of the Year finalist Laura O’Reilly set out to find a job for her younger brother, she could never have predicted how much it would change her life. 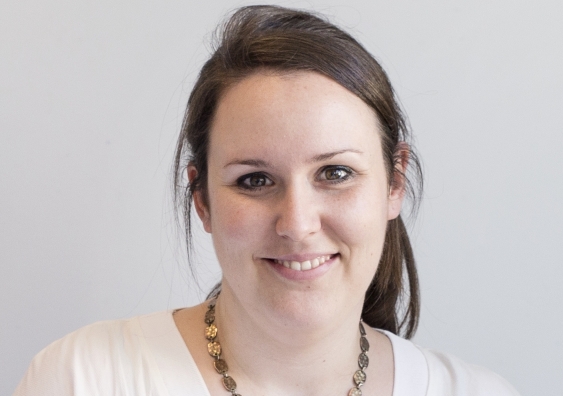 When law student Laura O’Reilly set out to find a job for her younger brother she could not have imagined how completely it would change her life.

Laura, a Cambridge graduate in her final year of the UNSW Juris Doctor, grew up in a family where social justice and dignity were prized and she and her younger brothers Jordan and Shane were taught to value all people equally.

So when Shane, who had cerebral palsy, struggled to find work or further training after finishing school, Laura was struck by the injustice.

It was never meant to become what it has. I could never have imagined it would lead to where it has; it’s taken on a life of its own.

“Jordan was at Sydney University studying Occupational Therapy and I’d just finished at Cambridge and was about to start law at UNSW, and Shane had just finished school, with no prospect of further training or a job,” she says.

“He didn’t have the dexterity to stuff envelopes, because that’s all that was on offer, and was directed into day programs. And we found that very unjust.”

Hoping to expand the horizons for Shane, the siblings decided to start up an organisation aimed at providing pathways to work for people with a disability.

When they opened the doors in 2011 they had only two or three people on their books.

Four years later, their not-for-profit Fighting Chance has raised more than $3 million and engages 95 people across two innovative ‘social businesses’ that they are hoping to roll out nationally in 2016.

“It was never meant to become what it has,” says Laura of the project that “started out as something to do while I was studying law”.

“I felt like I had a bit of capacity, my brother was having such a tough time and I wanted to see what I could do to help. I could never have imagined it would lead to where it has; it’s taken on a life of its own.”

Laura and Jordan were named NSW Finalists for Young Australian of the Year in October for their pioneering work with Fighting Chance. They jointly won NSW Young Carer of the Year in 2011.

It’s been a life-changing journey for Laura, who came to UNSW hoping to get into human rights law and now finds herself passionate about the once-in-a-lifetime potential of the National Disability Insurance Scheme.

Fighting Chance is a non-profit organisation which exists to enrich the lives of young adults with disability in Australia.

She says a UNSW Legal Aid clinic in South Africa was the catalyst for her realisation that the disability sector “is my calling, and what I love”.

“I got to experience first-hand that the work that you do through the law is long-term: you run a case and then a decision is down the track, with the implications of the decision further down again,” she says.

“I juxtaposed that with the work I was doing at Fighting Chance, where the social impact was immediate. I was seeing and being a part of touching people’s lives.”

Jigsaw competes for contracts with mainstream businesses but employs people with a disability to complete the work and pays them the minimum wage – still a groundbreaking concept in the sector, Laura says.

Avenue is a retailer of home-wares, accessories and toys made by people with a disability at partner organisations in countries including Nepal, India, Cambodia and Laos.

Items are sold at community markets and through their online store, and the proceeds are divided through a profit-sharing model.

Those engaged by Avenue have profound and severe disabilities and many were previously deemed unfit to work. O’Reilly says Avenue is a revolutionary model because “every single person can take part”.

“If we only pursued Jigsaw, a large cohort of people including my brother would miss out.

“Our contention is that all adults have skills and abilities to contribute,” she says.

Shane died before Fighting Chance officially opened for business but he was involved behind the scenes ahead of the launch and Laura says he would love what it has become.

“He really wanted to work and we wanted to make that possible for him,” she says.

“One of the legacies of his life is that he inspired his siblings to do this work for lots of other people, and I think that’s a pretty cool legacy.”