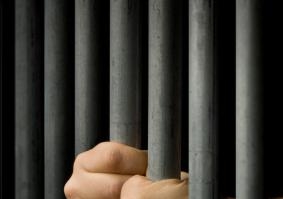 Due to mandatory sentencing, the fisherman Mr Nasi, who goes by one name, is serving a five-year jail term in an Australian prison – a significantly longer sentence than he would otherwise have received for being a cook on an asylum seeker boat, according to the Queensland Supreme Court.

The claim, filed with the United Nations Human Rights Committee in Geneva, seeks compensation and a public apology, as well as changes to Australian laws and policies. It also seeks Mr Nasir’s immediate release.

This is the first time the UN Committee will decide whether Australia's mandatory sentencing laws violate the right to freedom from arbitrary detention and the right to a fair trial in the International Covenant on Civil and Political Rights (ICCPR) – one of the core human rights treaties to which Australia and 166 other countries are a party. The Committee’s views will affect all parties to the treaty, and will determine whether any future mandatory sentencing laws will place Australia in further breach of its international obligations.

Under the Migration Act 1958 (Commonwealth), the aggravated people smuggling offence carries a mandatory minimum five-year sentence with a three-year non-parole period – regardless of whether the person is an organiser or low-level crew. Current law does not allow the sentence to be appealed.

Law student Lucy Geddes, who drafted the claim as part of UNSW’s Human Rights Clinic said: “Mandatory sentencing laws have failed to deter the organisers who profit from bringing asylum seekers to Australia. Instead, they have resulted in unfair, disproportionate punishments for low-level and uninformed crew.”

Fellow UNSW Human Rights Clinic student Emily Johnson said: “The overwhelming majority of people who have received the mandatory sentence for people smuggling have been like our client – desperately poor, uneducated and exploited by organisers who prey on village fishermen who have never heard of Australian people smuggling laws.”

“We commend the Attorney General’s recent decision to stop prosecuting low-level boat crew under the mandatory sentencing laws. But change must go further. These laws have no place in Australia, and we have asked the UN Human Rights Committee to recommend that they be repealed.”

The Human Rights Clinic is an experiential learning program at UNSW Law School in which senior law students undertake human rights advocacy, litigation and law reform projects that extend beyond Australia’s borders. It is the first clinical program of its kind in Australia.

To read the full media release, the international claim and for further information, go to the UNSW HRC website